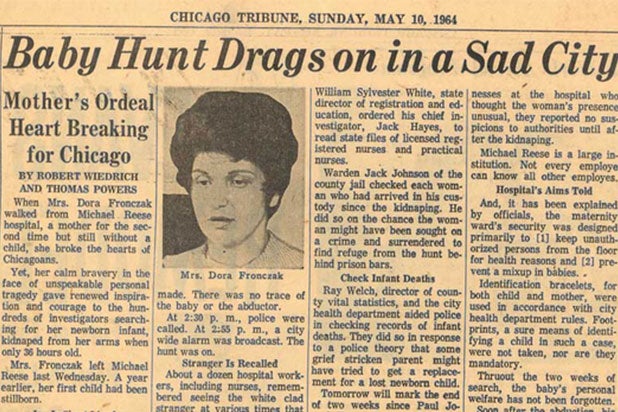 Production began in 2019 for the documentary, which will be distributed by CNN Films. Amy Entelis, executive vice president of talent and content development for CNN Worldwide, and Courtney Sexton, senior vice president for CNN Films, will executive produce alongside Liesel Evans, creative director of U.K. Factual at RAW, and Ross Dinerstein, Campfire founder and CEO.

“The Lost Sons” will chronicle the story of Paul Fronczak, who at age 10 unearthed newspaper clippings about his parents grieving a kidnapped baby and then finding the baby two years later. Decades later, he goes hunting for answers as questions arise about whether he was the kidnapped child.

The story is told through reenactments, testimonies of close family and first-hand witnesses, news footage and family archives.

“I’m thrilled and proud to work with CNN Films and RAW to bring Paul Fronczak’s astonishing story to the screen,” Macfarlane said. “Nothing excites me more than a real storytelling challenge, and this is a mystery tale like no other. The Fronczak story has twists and turns you won’t believe and explores profound themes to which we can all relate: the importance and meaning of identity and family.”

CNN Films and RAW previously collaborated on 2018’s “Three Identical Strangers,” a documentary about triplets separated at birth and raised apart, who were then reunited 18 years later only to discover that they’d been part of a psychological study. The BAFTA- and Emmy-nominated film was directed by Tim Wardle.

Previously, CNN Films acquired “The Imposter” from RAW, the true story of a French trickster who impersonated a Texas boy who disappeared at the age of 13. Bart Layton directed.