Throughout her time on Dancing With the Stars, Chrishell Stause will be guest blogging about her experience with her pro partner, Gleb Savchenko, for ET. This week, the Selling Sunset star opens up about how she plans to garner more votes, what to expect from double elimination night, recent headlines about how she was almost The Bachelorette and more.

This week during Villains Night, Gleb and I danced a Maleficent-inspired Paso Doble to “In the Air Tonight” by VonLichten.

My call time was 8 a.m., which seems crazy, but it is always so hectic from the time I arrive up until press wraps around 8:30 p.m. There is never a dull moment for those 12 hours! It’s filled with hair, makeup, wardrobe, camera blocking, body makeup, social media content, photos, dress rehearsal and things pre-recorded for the show all before the actual show and press right after. It’s crazy!

Since we luckily didn’t have to fuss with my hair this week, the Maleficent look only took about a half hour extra to get into. Getting it off, however, was a different story. 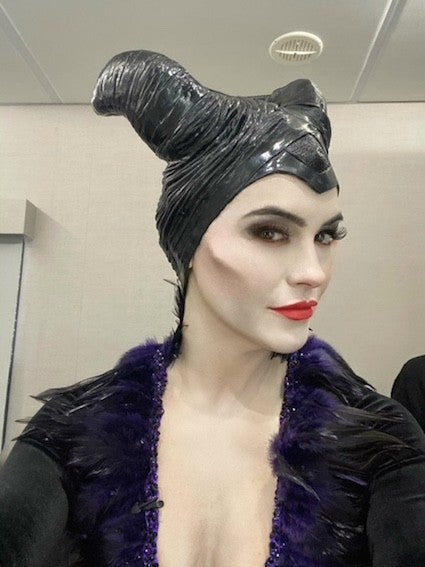 Dancing With the Stars fans may not know this, but we only get to fully rehearse in full costume, including hair and makeup, once before the show. I did get time to rehearse the part with the cape flying off and horns (without the rest of the full costume) and every single thing went wrong!

When they went to pull the cape, it got caught and nearly took me down with it the first time. Gleb also got caught in my dress at one point, when he went to jump up over me, and it was close to disastrous. It’s hard not to break character and bust out laughing when that happens.

Anyways, Gleb and I ended up receiving our first 9s of the season for the live performance, earning a total score of 26/30 from judges Derek Hough, Carrie Ann Inaba and Bruno Tonioli. Derek called it our best dance yet and I was absolutely blown away!

To start out on the show getting two 4s and to now be in this stage of the competition getting two 9s feels AMAZING. However, there’s a double elimination next Monday, so Gleb and I are rehearsing more than ever and we plan to leave it all out on the ballroom floor.

I am treating every moment like it might be my last, so I know I’m giving everything in my power to stay in the competition. I am also planning on calling in a bunch of favors, asking everyone I know to post about voting for us, haha! 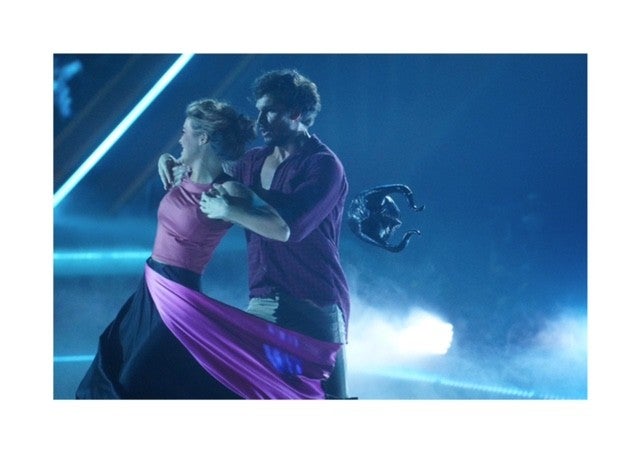 At this point I truly feel like everyone is my biggest competition! Everyone is just so amazing and giving it so much heart that any misstep could spell the end at this point.

For the first time ever this season, we’ll also be dancing twice next week. Gleb and I will be dancing the Cha Cha for the “Relay Dances” portion of the show. Basically, each team will enter the dance floor for their section of the song. We are against two other couples for who can serve the best version. Even just typing that out made my stomach lurch at the thought. Talk about pressure!

Gleb and I will also be performing a Viennese Waltz to Rihanna’s “Love on the Brain.” It’s a gorgeous song and Gleb put a modern, spicy twist to help match the music to the style of dance. I really love it and hope people watching do too!

Like I said, I am calling in favors, and going to just do the biggest push possible for votes. I think, since it’s on the eve of one of the biggest presidential elections, I will also try to tie it into just the importance of voting in general as well. Maybe we will post some thirsty content as well — we are gonna try everything! 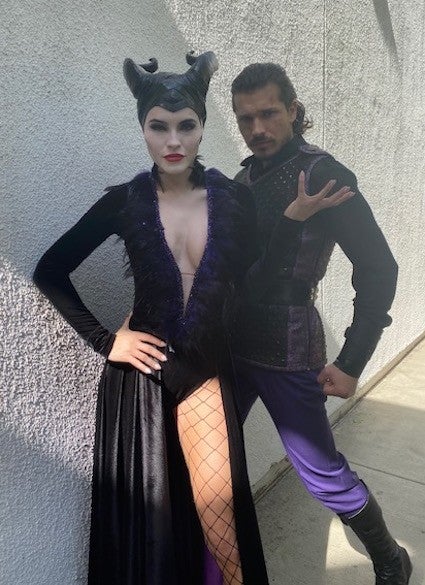 As we approach week eight of the competition I am just taking it one week at a time. Treating everything like it could be the last helps me remember to stay focused and give it everything I have. We are too far away to even think about winning the mirrorball — we have to get through double elimination first!

I will say, the intensity of rehearsals is no joke. My feet look like ground beef, and my body is screaming at me from so many places. It’s so intense and the pressure is ON.

Aside from Dancing With the Stars, you may have also seen a recent post on my Instagram Stories about The Bachelorette. I don’t know if you saw, but ABC Executive Rob Mills went on Nick Viall’s podcast and kind of gave the behind-the-scenes scoop that about 10 years ago, I was in line to be the next Bachelorette.

He kind of said it like, “Oh, she probably doesn’t remember.” And the funny thing is that I definitely remember because on my side, the way I was approached about it was that, All My Children, which I was on at the time, was going to do a cross storyline. … It’s so funny, it’s all intertwined what could have been!

If Brad Womack had picked someone at the end, it would have changed so many things. But I believe everything happens for a reason, so I think it worked out the way it was supposed to.

Chrishell will be documenting her ballroom journey with Gleb all season long for ET. Got a question you want her to answer? Send them to ET’s Desiree Murphy on Twitter or Instagram!