Casey might owe his romantic rival a “thank you” following last week’s Chicago Fire. When the captain approached Greg Grainger to assure him that there’s nothing going on between himself and Sylvie Brett, it was Casey who got a surprise bit of intel about his relationship with the paramedic.

“It’s really an eye-opening conversation [for] Casey because, for so much of the time, he’s just thought that his feelings were obvious, and she was hard to read,” showrunner Derek Haas tells TVLine. “And then you’ve got this guy [Greg, whom] she obviously had a quick romance with, but who points out to Casey, ‘Man, I don’t care what you think. It’s her. She’s in love with you.’”

Moving forward, that confrontation with Grainger is “kind of an epiphany moment for Casey,” Haas says. 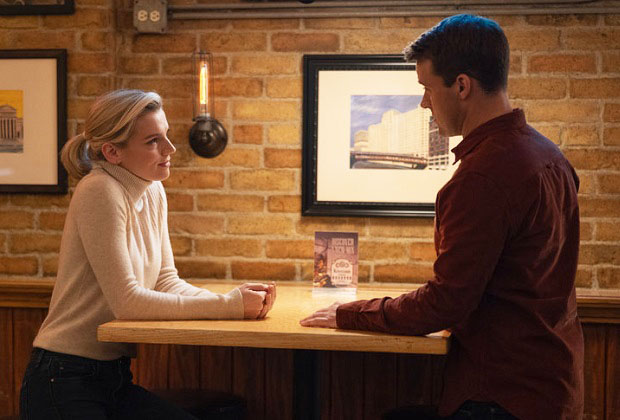 While Casey might not have picked up on the extent of Brett’s feelings, her concern for him during his potential health crisis was quite evident to the person whom she was actually dating at the time. “She tried to keep her emotions in check, but sometimes she doesn’t have a great poker face, and obviously, Grainger picked up on it. And where that will go from here is a big part of the last few episodes,” Haas previews.

Also playing a potentially significant role as the NBC drama wraps up its ninth season: an important prop that appeared in an earlier installment. “There is more to come with the watch that Casey got from his uncle,” which was inscribed with his late wife’s initials, Haas teases. “You’ll see it in the finale.”