Brexit: Gove grilled on Johnson’s ‘over my dead body’ pledge

Michael Gove got into a heated row with Piers Morgan after the Good Morning Britain presenter attacked the “defensive tactic” adopted to protect the UK from the coronavirus pandemic. The pair repeatedly clashed on the Government’s handling of the crisis, with Mr Gove urging the host to “check his facts” on the herd immunity approach initially used to tackle the coronavirus.

Mr Gove was also forced to repeatedly ask Mr Morgan to let him speak as the Good Morning Britain presenter spoke over him on several occasions during the interview.

The Chancellor of the Duchy of Lancaster faced a grilling on the attempt to eradicate COVID-19 from the UK using herd immunity – a theory under which a population can be protected from a virus is a threshold of vaccination is reached.

But despite attempts from Piers Morgan to point out Chief Scientific Adviser Sir Patrick Vallance admitted the Government had been following that approach, Mr Gove denied it. 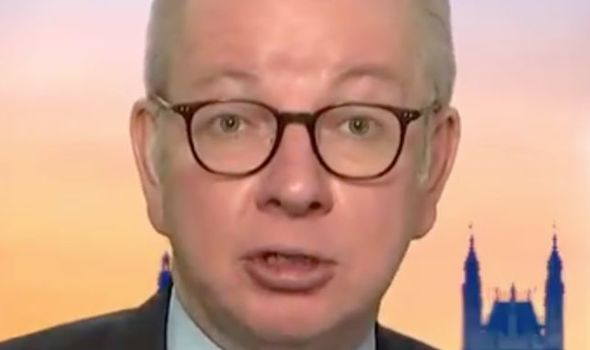