When Brad Pitt called up Drew and Jonathan Scott to inquireabout beingon their new HGTV reality show, Celebrity IOU, they thought it was aprank. “Jonathan just got a call one day, and the person was like, ‘Hey,this is Brad,’” Drew told USA Today. “Jonathan’s like, ‘Brad fromcollege or…?’ And he said, ‘No, Brad Pitt.”

Luckily, they believed the A-list celeb and refrained from just hanging up the phone. It’s a good thing, too, because the premiere episode of the feel-good show is exactly what the world needs right now.

Celebrity IOU allows famous people to express gratitude to special people in their lives by enlisting the talented Scott brothers to help with a surprise renovation. You’d think someone like Pitt would just hire people to do the work for him. But as the first episode shows, he may have missed his calling as a contractor. 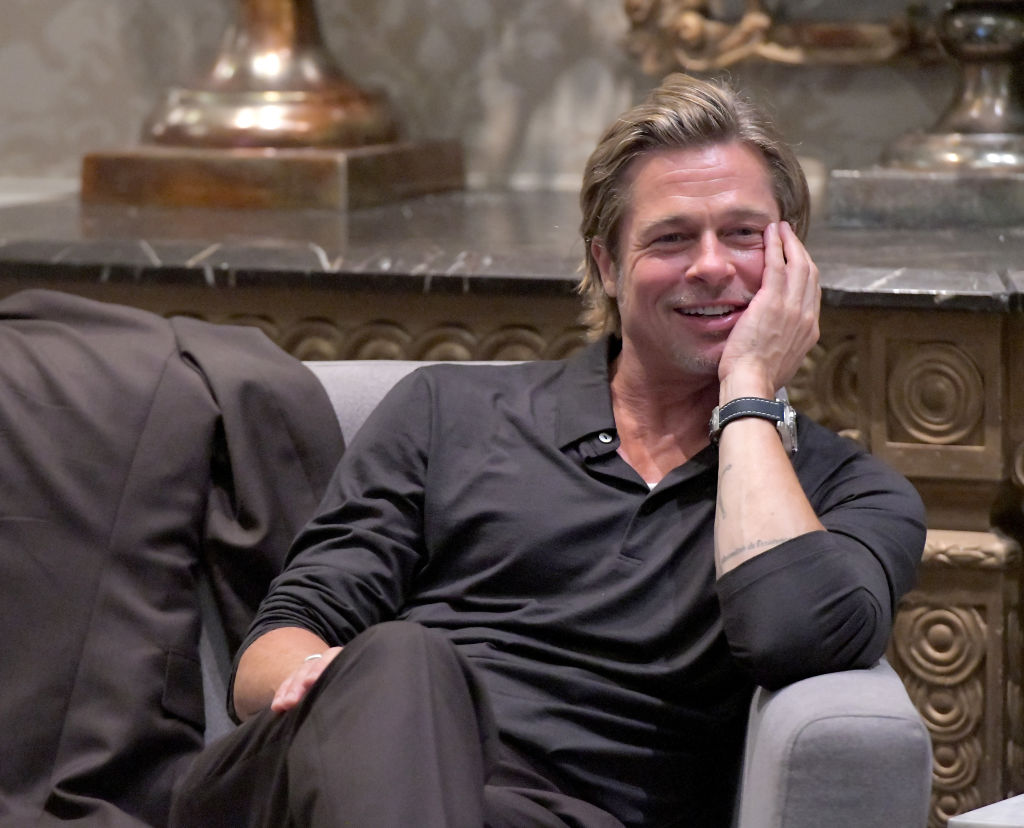 In the premiere, Pitt shows up and instantly proves that he’s just as charming in real life as he is on-screen. The Academy Award winner insists on helping the Scott brothers demolish the interior of Jean Ann Black’s guest house on their way to transforming it into her dream guest suite and makeup studio while she’s away on a movie shoot.

Pitt explained that Black is a dear friend of his for 30 years — they’re “like brother and sister” — and this renovation is a small attempt to show his appreciation for her support over the years.

Both Drew and Jonathan are surprised that Pitt is knowledgeableabout construction, like how he knew the minimum clearance from a fenceline offthe top of his head. But apparently he’s not the only celeb willing to get hishands dirty. “[The celebrities] all wanted to use the power tools, they allwanted to smash through walls,” Drew toldUSA Today. “Nobody was just saying, ‘Oh, go renovate it for thisperson.’”

The team only had three short weeks to transform Black’s storagegarage into a stunning oasis, but Pitt was intent on making it happen for hisfriend.

“I love the sounds ofa construction site. If I’m not building, I’m dying,” Pitt says on the show. “Iwalk into a place and just see the possibilities. And this garage has beendriving me crazy for the fifteen years she’s been here. There’s so muchpotential. Challenging, but potential.”

When asked how Black will react to the transformation, Pittpromises, “She’s gonna lose her mind.”

A mid-demo dance-off to remind you that Celebrity IOU hosted by @mrsilverscott and @mrdrewscott premieres one week from today! 🕺🏻🕺🏻 Tune in Monday, April 13 at 9|8c. #CelebIOU

As expected, the Scott brothers plus their team, and Pitt, successfullypull off the extremely ambitious renovation which includes hidden storagebehind a bookshelf and a custom pop up vanity mirror that sleekly glides out ofthe quartz countertop. A hidden Murphy bed is another highlight of the space.

“One of those multi-purpose solutions that is the perfect solution. It’s storage, it’s a bed, it’s shelving, it’s a sofa, it’s everything all wrapped into one beautiful bundle,” Jonathan explains. “This is checking off absolutely everything that was on Brad’s wish list for her.”

Black knew Pitt was up to something but never expected what she discovered in the big reveal. “I know Brad’s generosity, and it’s huge, but for him to do this it’s really more than I could have ever thought would happen. Honestly, I am so touched by this,” she said.

‘Celebrity IOU’ proves the power of saying thank you

Drew and Jonathan were blown away by the generosity of Pittand all the other celebrities who appeared on the show.

“Brad was such a gentleman, and he was so easy to work withand to talk to,” Jonathan said in the interview. “It was remarkable,too, because – I’ve never had this before with any celebrity I’ve ever met, butwhen he came in, the very first time, he took the time to meet everybody and heremembered every single crew member’s name, both the production crew and constructioncrew.”

He continued: “And then, even in subsequent days whenhe would come back and film, or for the reveal, he remembered everybody’s nameand took that time to show his appreciation,” Jonathan continues. “Hewas through and through a true gentleman.”

I love the buzz of the city during TIFF! 😊 And also all the late night eats 😛 #producersball #nkpr #tiff #ithouse2019 #rollingstone

“People are gonna watch this show, they’re gonna see how muchheart there is in this show,” Jonathan told USA Today. “We’re gonnamake you laugh, we’re gonna make you cry, and I think people are definitelygoing to want to see another season of this show, and … we’ve hadno shortage of people who want to be a part of it.”