The BBC weather star had been missing from BBC Breakfast for a few weeks and fans of Carol Kirkwood had been flooding her co-hosts with messages to make sure she was okay. On her return to the BBC studio this morning, Dan Walker and Louise Minchin expressed how glad they were to see her back before asking her to explain to viewers why she’d been absent for so long.

Carol pops up twice an hour on BBC Breakfast to share her weather report with viewers but has been noticeably absent from the show.

However, today she returned and Dan revealed he had several messages from worried fans of the weather star.

“She’s back,” Louise remarked. “We’re delighted she’s back and Carol, tell us a little bit about what happened.” 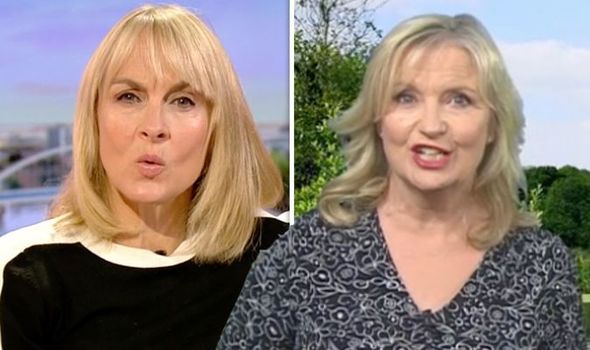 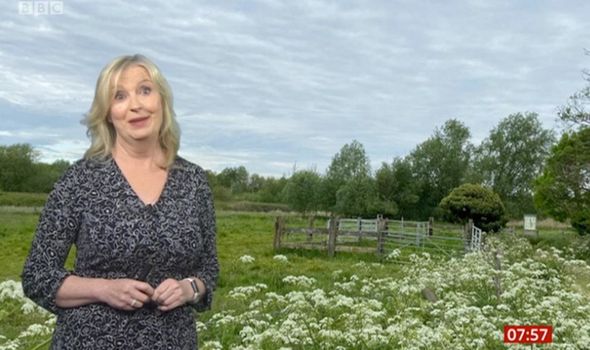 Carol explained: “Well thank you both for starters and thank you to everybody as well for your concern.

“I was out on my bike and got knocked off it by a car that drove into me, it was a pure accident of course and I got injured.

“But this is a great opportunity to say thank you to the three cyclists that helped me immediately after the incident.

“And also the police, the Thames Valley police, that was Chris and also Fay.

“The ambulance who tended to me and then took me to hospital and that was Miranda and Stuart. 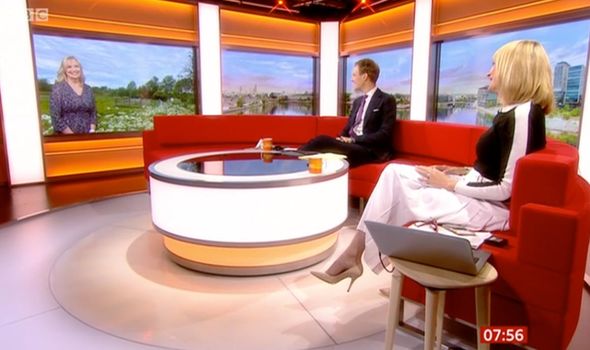 “And at Wexham Park Hospital, this man is a genius, his name is Peter Foskett-Tharby, I can’t thank him enough.

“I’m so grateful to you all,” she added. “It’s good to be back and the weather is actually quite settled at the moment.”

The BBC Breakfast star then continued with her weather report in the usual fashion.

After the forecast, Louise double-checked Carol was okay, asking if she had recovered from the incident.

Carol went on to detail a “nasty injury” as she told the hosts: “I’m getting there, I still have a nasty injury on my knee but I am here and I am grateful for that.”

“Like I said before, we are so delighted that you are okay, that you are back, it’s an absolute joy,” Louise added.

Ahead of her return, Carol shared news of her accident with her 178,000 Twitter followers.

This morning she wrote: “Been off following an accident. Got knocked off my bike by a car and got injured.”

She went on to thank the emergency service members she later mentioned on BBC Breakfast.

After her final weather report of the day, Carol tweeted: “I am overwhelmed and humbled by all your lovely tweets.

“Will read them properly when I get home later. THANK YOU! It is so good to be back. Hope you are all keeping well.”

Fans of the weather presenter shared their concerns as one said: “Glad to see you back…always a pleasure to see you smiling face on BBC Breakfast.”

“Welcome back, we’ve missed you!! You’re the best thing on breakfast TV x,” another shared.

A third wrote: “Glad you’re safe Carol! You always brighten up my morning when you’re doing the weather.”

BBC Breakfast airs daily on BBC One at 6am.