Breakout star Regé-Jean Page portrays the dishy Duke of Hastings, Simon Basset, in Bridgerton, a new Netflix Original which earned the ‘bodice-ripper’ moniker within its very first episode. Despite already receiving acclaim for its stylistic costume design, Page admitted he had a bit of trouble fitting into the Duke’s restrictive wardrobe.

Page stars as Simon Basset, the alluring and mysterious Duke of Hastings for whom Phoebe Dynevor’s Daphne Bridgerton falls head over heels.

As well as its diverse cast and steamy sex scenes causing a stir in the world of period dramas, Bridgerton has also received attention for its anachronistic and outlandish costumes. 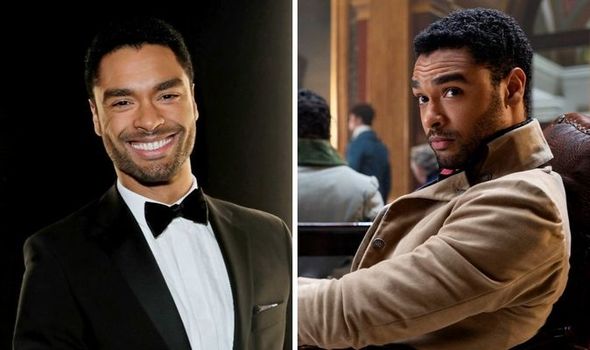 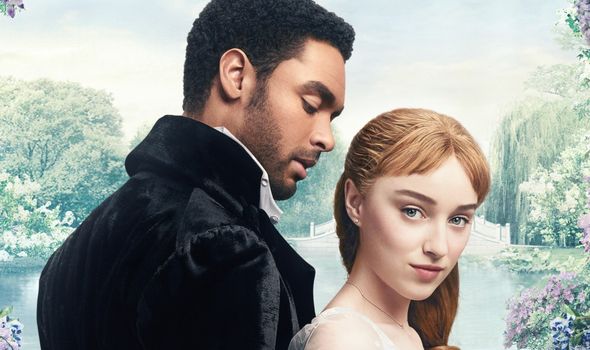 During promotion for the new series, Page felt the characters’ outfits, from designer Ellen Mirojnick, were instrumental in portraying the show’s key themes.

He explained: “I would say that it’s also about very, very tight costumes, both physically and metaphorically!”

Regé-Jean Page, formerly known for his roles in Mortal Engines and Roots, and much of Bridgerton’s ensemble cast have all become stars to watch within the last few days.

This, in part, has been helped by Mirojnick’s incredibly flattering costumes, which help to characterise the different personalities and cliques in Regency London. 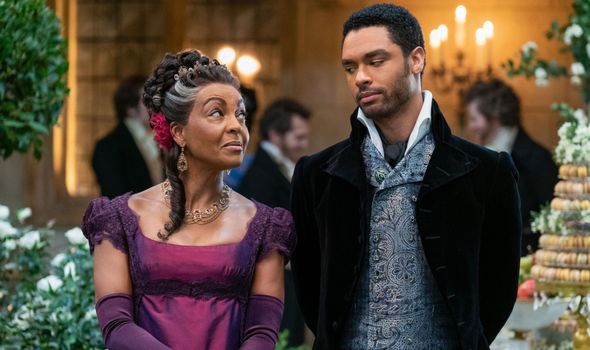 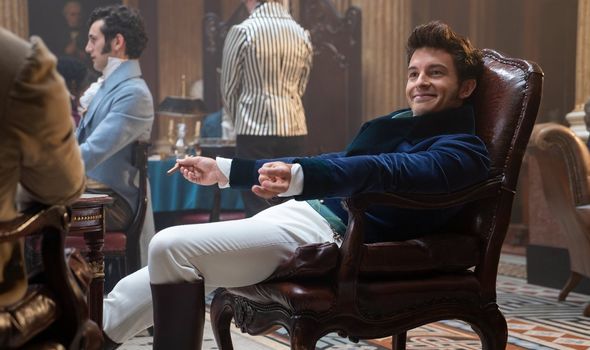 While the new series is notable for its colour-blind casting, Page explained the world of Bridgerton is still defined by its restrictions on women and minorities, which are visualised through the characters’ choice of outfits.

He continued: “People are very restricted in this world. Bridgerton is set in the nineteenth century and there wasn’t universal suffrage yet.

“We’re dealing with a marriage market which was one of the only ways for women to move forward.”

Bridgerton has already been compared to a modernised version of the Jane Austen classic Pride and Prejudice, itself based on a more recent series of books by Julia Quinn.

However, while Austen’s relationships progress through stifled pleasantries and awkward dances, the cast of Bridgerton aren’t afraid to get physical.

Page went on: “We’re looking at how people grow and find their own agency in a world that places all of these restrictions on them, even in the context of such fabulous wealth, apparent ease and comfort.

“But it’s also about having a scandalous, sexy, fun time in the midst of some of the most glamorous moments that anyone’s ever seen.”

Touching on the show’s jaw-dropping clothing, Costume Designer Ellen Mirojnick admitted she went out of her way to make the characters’ wardrobes unrealistic.

“For them, nothing was too much. That gaudiness, that boldness. If it was good with just a little, it would be good with even more. More is best.”

There are a total of nine books in Quinn’s original Bridgerton series, which concluded in 2013, and the television adaptation is already making a strong case to be renewed for season two.

Bridgerton is available to stream on Netflix.