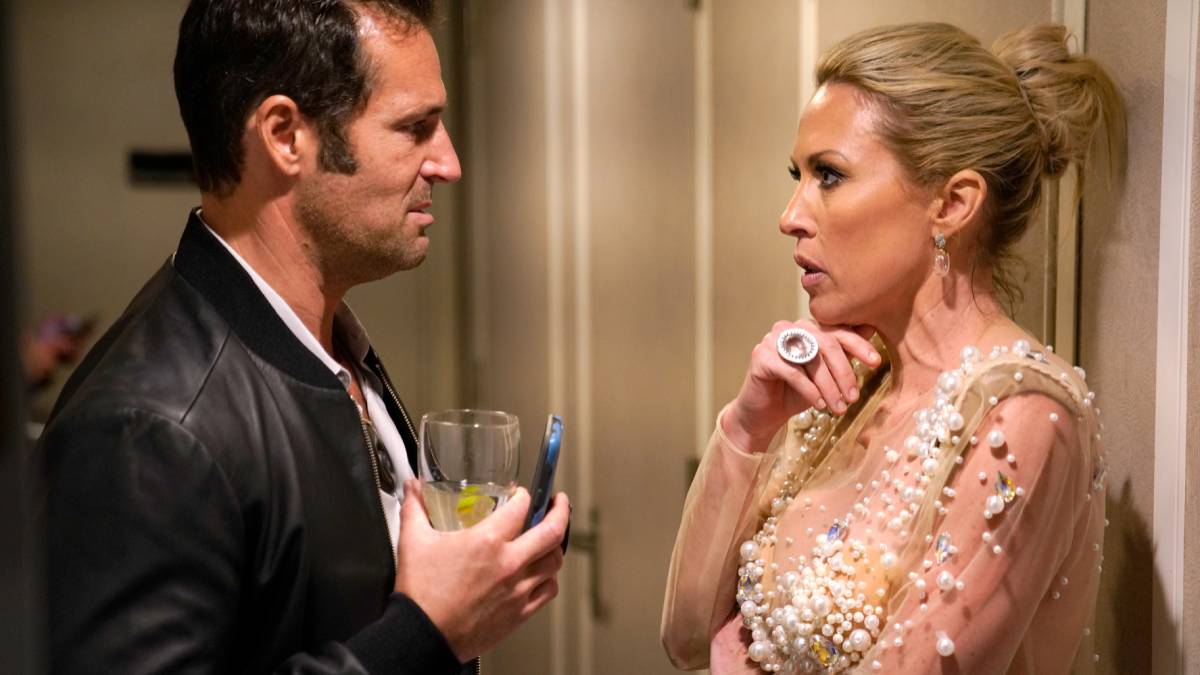 Real Housewives of Orange County star, Braunwyn Windham-Burke, shut down one fan who accused her husband, Sean Burke, of being gay on one of her Instagram posts.

Braunwyn posted a picture of herself and her husband gazing lovingly into each other’s eyes on Monday.

She captioned the photo with a single read heart.

While she got some comments of support, she got some flack from haters – as it typically goes for any Bravolebrity.

“And he’s gay,” one Instagram user wrote referring to her husband.

“No sweetie, that’s me. He’s straight,” Braunwyn wittily retorted in reference to her bisexuality.

Braunwyn referenced her sexuality in her comeback. She previously told the women of RHOC that she identifies as bisexual. She has even shared that she and her husband are open to having threesomes with other women.

She has recently opened up about new discoveries that she is in the process of making about herself and her sexuality.

She shared that she met someone “special,” other than Sean, who has found a place in her heart.

“There’s someone in my life right now that makes me happy and I smile just thinking about, but I kinda want to protect it right now,” she revealed. “I’m not quite ready to put it all out there, everyone in my life that knows me knows what’s happening.”

She claimed that she wants to live her life more authentically now that she is 42 years old and done having kids.

Even though Braunwyn has multiple people in her life, this doesn’t mean that her marriage to Sean is over.

While adultery has been a previous issue in her marriage, she has made it clear that they are both on board with Braunwyn exploring this side of her and as well as keeping their marriage intact.

Braunwyn revealed that Sean has moved out of their house to pursue this exploration.

“He’s not living here right now,” she said at the time. “Love him dearly, we haven’t gotten along this well in a long time. We’re redefining what marriage means to us. Not following the old, antiquated rules anymore.”

As for their nine kids, Braunwyn explained that the younger ones are oblivious to the situation. Sean still spends time at home with the kids and then goes to his new place to sleep.

The Real Housewives of Orange County airs Wednesdays at 9/8c on Bravo.