Former Doctor Who star Billie Piper starred on The One Show tonight via video link from her own home to chat all about her new series I Hate Suzie, which is coming to Sky Atlantic. Alongside co-creator Lucy Prebble, Billie faced questions from Michael Ball and Alex Jones as they delved into what fans can expect from the upcoming drama. While the pair shared their insight, it didn’t stop BBC One viewers thinking Billie “didn’t want to be there”.

Taking to Twitter, one fan commented: “Does Billie Piper know wherre her webcam is???? Clearly doesn’t want to be there. #TheOneShow.”

“Billie can’t be a***d #TheOneShow,” weighed in a second after watching the chat.

While a fourth agreed: “Don’t think they’ll be asking Billie back for an interview in a hurry… #TheOneShow.” 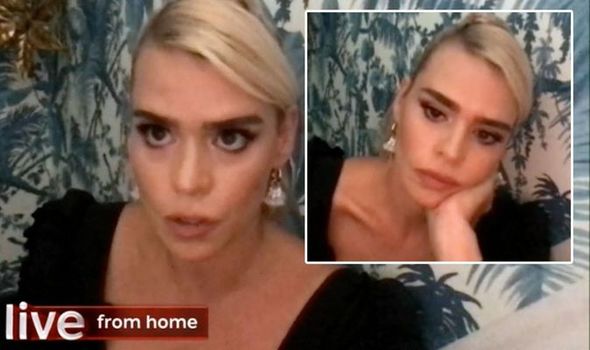