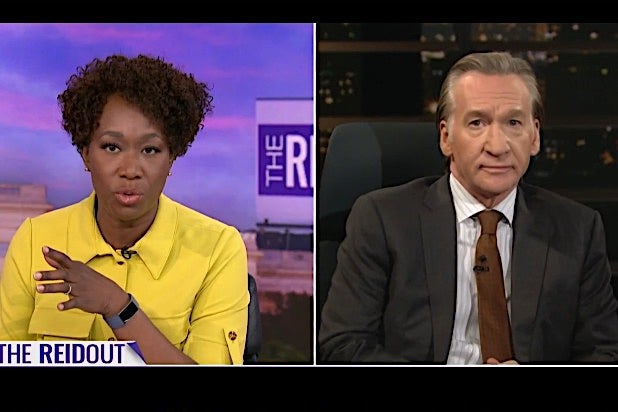 Bill Maher admits it — the “optimistic” message presented at the Republican National Convention has him a little nervous — make that a lot nervous — that Donald Trump might win a second term as president.

“Maybe it’s just that their convention bump got to me. But I’m feeling less confident than I was a month ago,” the comedian and “Real Time” host told MSNBC’s Joy Reid on Friday.

Reid questioned the effectiveness of the RNC’s messaging, wondering if it moved those undecided voters resting in the moderate middle.

“The content wasn’t thrilling but the messaging was very specific — ‘If you voted for Donald Trump last time and you’re feeling a little icky about it because of the racism…” Reid said, “don’t worry about it. Look at these four Black guys. They like him. Look at these women. They think he’s nice.’ Like, it was literally just a permission slip saying, ‘You can do this again.’”

The question is whether or not people will take the permission slip.

Maher said he believes it was very effective. “I feel very nervous, the same way I did four years ago at this time,” he lamented, pointing out how the crowded audience on the White House lawn were mostly unmasked and, apparently, not afraid of the pandemic that Trump has consistently downplayed.

“To portray that idea that ‘I would rather die on my feet than live on my knees,’ yes, I think that is attractive to a degree,” he said. “They looked optimistic, they looked like the country isn’t falling apart, even though the country is falling apart. And optimism very often wins elections.”