Big Sky follows private detective Cassie Dewell, played by Kylie Bunbury, and ex-cop Jenny Hoyt, played by Katheryn Winnick, who join forces to search for two sisters who have been kidnapped by a truck driver on a remote highway in Montana. But when they discover that these are not the only girls who have disappeared in the area, they must race against the clock to stop the killer before another woman is taken. 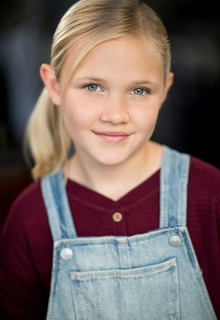 Gomez most recently starred as Rafael Garcia on ABC’s The Baker and the Beauty. He also portrayed Jose Menendez on Law & Order True Crime: The Menendez Murders, recurred as Agent Jose Campos in CBS’ Madam Secretary, and he previously starred for four seasons on A&E Network’s The Glades. His film work includes Spiked with Aiden Quinn and Ride Along 2 opposite Kevin Hart. He’s repped by Artists & Representatives and Billy Miller Management.

Savcic played the lead role of Claire Wilkes for three seasons on Amazon series Loudermilk and can currently be seen in a recurring role on the CW’s Nancy Drew. She is repped by Authentic Talent and Literary Management and Play Management Inc.

Baker played Isabel in the hit Netflix series The Haunting of Bly Manor and the role of Young Minnow in the Facebook Watch series, Sacred Lies. She also played the lead role Ava Lewis in the Hallmark Christmas movie, Christmas at Dollywood alongside Dolly Parton and played opposite Ryan Phillippe in the CBS pilot Alive. She just wrapped filming a supporting role in the upcoming feature film, Hotline. She is repped by Sarah Davis at Premiere Talent Management and Schuller Talent in LA.