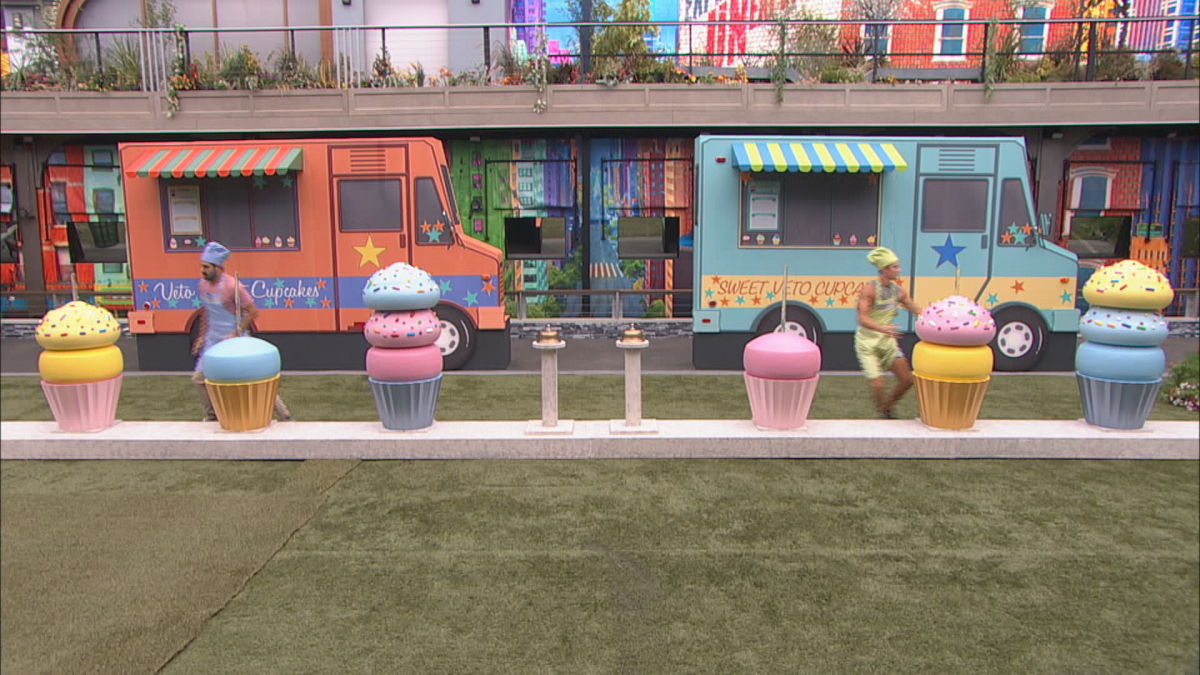 Big Brother returned with a new episode on Wednesday night that covered the Veto Competition and the Veto Ceremony.

By the end of the night, CBS fans would know who won the POV for Week 3 and which houseguests would be on the block for the upcoming Eviction Ceremony.

In the last episode, Tyler Crispen nominated Kaysar Ridha and Janelle Pierzina for eviction. He had won the Head of Household Competition and was convinced by his alliances that now was the time to put this duo on the block.

Diary Room sessions started off the new episode, with Tyler Crispen talking about how he felt it was a big move to target Kaysar and Janelle.

Kaysar noted in a DR session that he has never been on the block without Janelle, which is a bit of interesting trivia from the history of the show.

And Janelle noted during her DR session that it was a safe move for Tyler to nominate the veteran duo.

Cody Calafiore then had an amusing DR of his own, where he used the word “finally” to describe Kaysar and Janelle being on the block. (Note: he could have nominated them himself in Week 1 but didn’t).

Daniele Donato was then given a segment where she began planting seeds of doubt in many of the other cast members and then said that she would have no problem stabbing them in the back later.

Dani was also shown having a conversation with Nicole Franzel about who is running the house and Nicole described her gameplay this season as, “I just sit and do nothing.”

Bayleigh Dayton, Cody Calafiore, and Memphis Garrett were selected to play in the Veto Competition with Tyler, Janelle, and Kaysar.

The challenge involved putting together a puzzle of cupcakes in the backyard and it was a fun one to watch take place. It was done in a head-to-head format with eliminations.

A brief segment was also shown about the punishment that Christmas Abbott received after Enzo Palumbo selected her as the plus one and granted her protection at the Safety Suite.

She is required to take care of star babies for the week. And it is pretty intensive.

Did Cody use the Power of Veto?

At the Veto Ceremony, Cody declined to use the Power of Veto. He kept the nominations the same, partly because these were the people he wanted on the block, but also in support of the HOH (Tyler) that he is currently aligned with.

During the Thursday night Eviction Ceremony, the BB22 cast will vote on whether to evict Kaysar Ridha or Janelle Pierzina from the house.

Someone is about to follow Nicole Anthony out that front door. And speaking of Nicole, she posted a new video on social media asking fans to let her have it in regard to her gameplay.