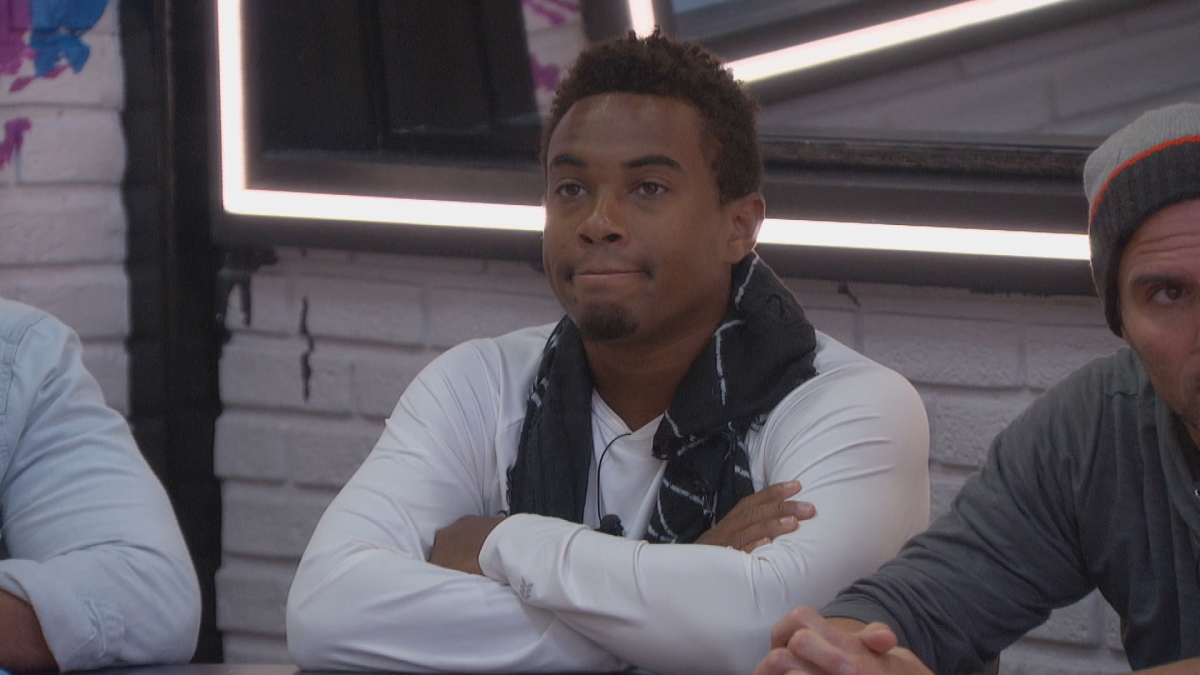 An intriguing Big Brother alliance made an extended appearance on the live feeds and it might be one that a lot of fans can get behind.

Tyler Crispen and Enzo Palumbo spent a lot of time chatting together in the Head of Household room and it was all showcased for fans to watch on the live feeds.

The chat revealed how much Tyler and Enzo would like to work together, who they feel are targets within the BB22 cast, and how they know which houseguests are trying to be manipulative.

Tyler figured out that a Triple Eviction is coming on Thursday night and it led to an excited conversation between himself and Enzo. They both seemed to have a lot of adrenaline pumping as they discussed some possible plans.

Could a Tyler and Enzo alliance make it to the final two?

In the videos shared below, Tyler first explained how the schedule could work for the rest of the summer and that led to the talk of strategy about what might need to take place.

Enzo, again, said that if he wins the next HOH Competition that he’s going to make a big move. He later alluded to getting blood on himself, again, but we will need to see him actually follow through on one of those promises this summer.

The chat then evolved into them agreeing that Daniele Donato and Nicole Franzel need to be evicted from the game. They both also like the thought of working with David Alexander down the line, so they don’t want him targeted.

They also referenced how some of the houseguests continue to drag David for what he did during the Veto Competition.

Later, Cody Calafiore joined them in the HOH room, and the conversation shifted quite a bit. The information that Enzo and Tyler had been sharing got shelved and it shifted to more talk about the upcoming eviction between Kevin Campbell and David Alexander.

It confirmed what we already know – that Kevin is getting sent to the BB22 jury at the first Eviction Ceremony on Thursday night. It also confirmed that Cody has completely turned on Dani and that he is tired of her feeding information to people not in The Committee.

Below are videos covering part of the chat between Tyler, Enzo, and Cody. Unlike Tyler and Enzo, though, Cody has some longer-term plans of getting David out of the game. Tyler may not ever want to see that happen.

Could a Tyler and Enzo alliance do some damage?

If the alliance between Tyler and Enzo could last a while, it would bring a lot of entertainment to Big Brother fans. In a best-case scenario, they would both survive the Triple Eviction and it would then make the live feeds and remaining weeks of the game much more interesting.

It might all come down to who wins the first HOH Competition on Thursday night. If Dani or Nicole wins it, then one of Tyler and Enzo is definitely going up on the block next to David. And one of them could also be a replacement if the Power of Veto gets used later in the night.

There are a lot of scenarios that could play out on Thursday night, which also makes it such a shame that so many of the houseguests have figured out that a Triple Eviction is about to happen.

As a reminder, don’t forget that CBS has shifted when the October episodes of the show will air on television. Here is an updated list of episodes and when they will air to make sure that nobody missed any of the action.