Following the success of Nailed It! comes an all-new reality food competition for Netflix viewers to obsess over: Best Leftovers Ever! Unlike its predecessor, however, this series is not about the mistakes. In fact, it’s all about giving something everyone’s familiar with — leftover food — a delicious makeover.

“The concept of elevating leftover foods is not reheating, it’s bringing it to another level,” judge and restaurateur David So tells ET, which also has an exclusive preview of the competition where one contest transforms day-old osso buco into beef curry.

It’s a prime example of what’s expected in each episode as three amateur chefs compete over two rounds as they find ways of giving existing meals a whole new culinary life. So, alongside host Jackie Tohn and fellow judge Rosemary Shrager, tastes all the results to determine who should walk away with the $10,000 grand prize. 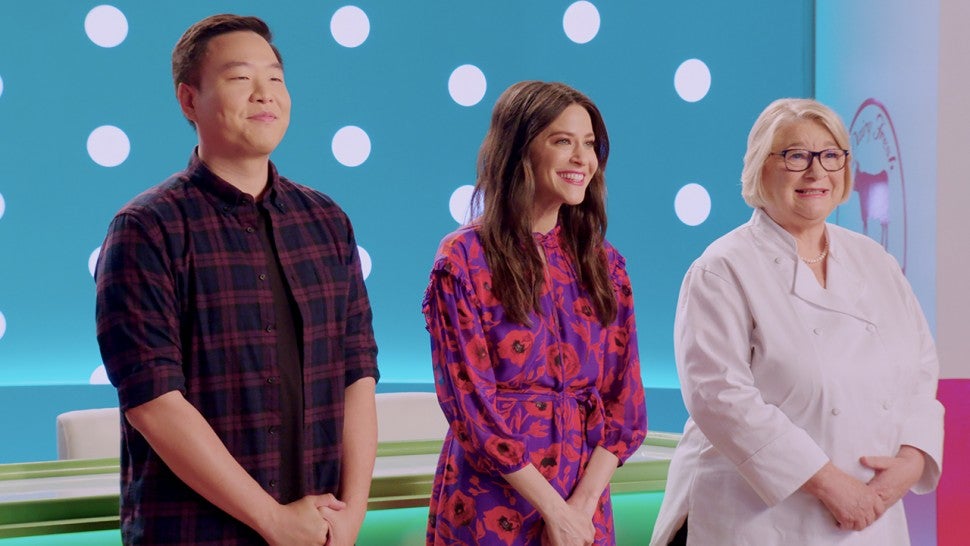 While looking at osso buco it may be hard to conceptualize how it can be turned into beef curry, So says that’s where these contestants excel at using the tools they know. “They have similar flavors,” he says. “They just kind of go into their culinary past, what they’re used to and they take that element and create something quick with it.”

Another such example is one contestant turning pad thai into macaroni and cheese. “And it’s kind of cool because you’re getting to see home chefs do this stuff,” So says, adding that it’s not a show for people who necessarily went to culinary school or have decades of experience in the restaurant world.

Of course, there are times when the contestants’ attempts don’t quite come together, like one woman’s attempt to make a poached egg for the first time in her life. “I remember in my earpiece they were like, ‘David, you got to try it. You know, say something nice,’” So recalls. Reflecting on some of the worst stuff he ate during the competition, So says the reason they failed is they were too focused on trying to impress the judges instead of doing what they know.

What also sets this food competition apart from the many others, from Chopped on Food Network to Bravo’s Top Chef, is that the show also has a message: it’s concerned with food waste. “Food is just so highly accessible. You have all these delivery services and food is so popular on Instagram,” So says, explaining why “food waste is a huge thing right now.”

He adds that what this series does, “it actually shows people that not only can you reheat and eat the food again, but you can repurpose it and make something even better out of it.” That and it’s so much fun to watch!