With children returning to the classroom up and down the country in March, the topic of keeping schools open into the summer to make up for lost time sparked debate on today’s Good Morning Britain. Ben Shephard and Susanna Reid were joined by teacher Matthew Burton and mums Afua Adom and Debbie Le on GMB to discuss the proposals and whether it’d be beneficial to children and parents or not.

However, just moments after introducing Debbie, Afua and Matthew onto the programme, Ben addressed a slight technical blunder.

It soon transpired that there was a bit of delay on guest Debbie’s link, as her voice could be heard out of sync with the visuals from the webcam.

However, Ben got on the wrong side of some ITV viewers when he described the mishap as like a “badly-dubbed kung-fu movie”.

Taking to Twitter, several took issue with the phrasing as one weighed in: “Did Ben Shephard really just tell an Asian guest who’s audio wasn’t in sync with their camera that they look like a badly dubbed Kung Fu movie?!  #GMB @GMB.” 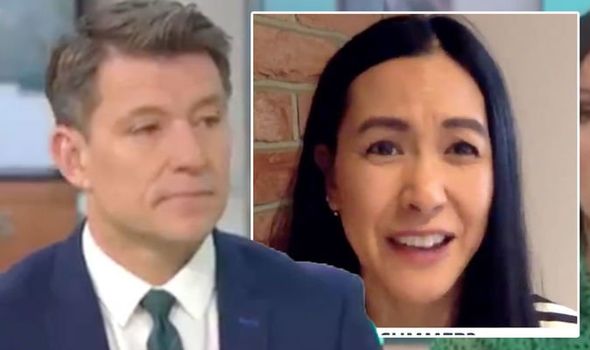 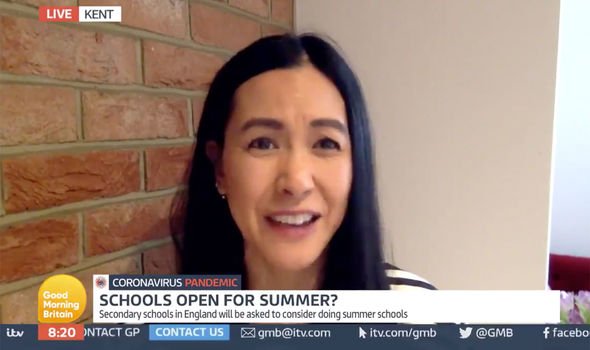 A second added: “You did not just say that to Debbie Le?! Oh Ben [face palm emoji] #GMB.”

“Ben DID NOT just say that [eyes emoji] #GMB,” a third weighed in.

While a fourth similarly put: “Ben Shephard on #gmb saying the delay on webcam sound is ‘like a badly dubbed kung-fu movie’ when the person on the camera is Asian…”

And a fifth added to the discussion: “Wow @benshephard telling Debbie Le it’s like she’s in a ‘Bad Kung Fu movie’ because her audio and visual are not synced. #GMB.”

Ben’s comments came after Debbie had made her stance on the summer schools clear, admitting she was in favour of the move.

“It’s been a challenging time definitely,” Debbie began. “So when I heard the news I was 100 percent behind it.”

She continued: “I even asked my husband and he was like: ‘Yes, definitely. We’ll definitely send them to summer school.’

“I mean, we’ve had such a crazy year, we’re living in unprecedented times at the moment.

“And, you know, the pandemic has effected my children massively, they haven’t had a normal life this past year.

“And for them not to be at school, not to be with their friends – for them to go back to school in the summer I think will be a massive benefit to them.”