Sometimes it’s just a feeling or a hunch. But for Madison Stalker from Below Deck Sailing Yacht, it was a day of turning over the boat when she knew she’d be forever bonded to Parker McCown and Georgia Grobler.

“The Three Muskateers” have a harmonious connection that is almost a throwback to the kind of friendship built during childhood. The trio instantly dove into hard work the minute they hit the sailing yacht because time was ticking and the guests were only hours away. 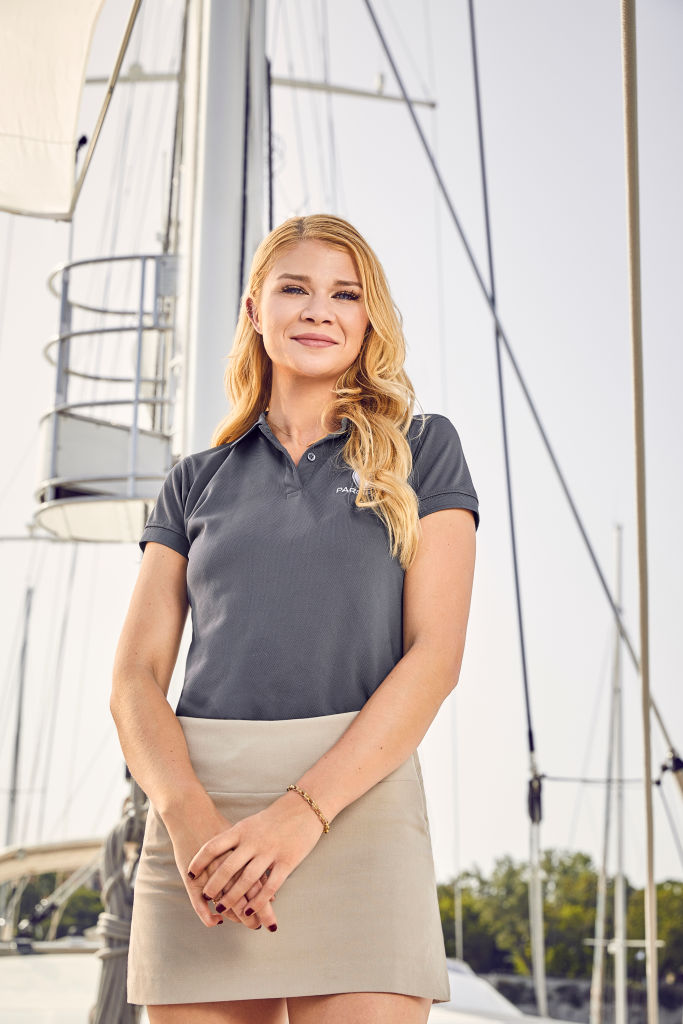 But Stalker told Showbiz Cheat Sheet she had almost an instant connection with McCown and Grobler and shared her first impressions of her close friends and some of the crew.

She instantly knew they’d be friends

“First impressions,” she begins. “Just that we all had very strong personalities. I was so ridiculously nervous. I think I may have even fumbled my name at one point. I honestly don’t even remember initially meeting Parks. Georgia, yes. But after the first day, I knew we were going to be ‘The Three Best Friends That Anyone Could Have,’ sung in Zach Galifianakis’ voice.”

That successful charter glow… If only the next few were that easy. 😳#BelowDeckSailing (📸: @pagetberry )

She recalled bonding with Grobler during that first day of turnover. “It might have been the first turnover day, Georgia and I were doing the cabins and had radioed Parker to come down to the guest area because I needed to talk to him. Georgia hid underneath a huge pile of sheets and towels. We were gonna try and scare Parker by grabbing his ankle after I told him I needed a hug. The plan went awry. He caught on. We all busted out laughing.”

“I think that was the moment I knew these were my people,” she says. “They are family to me. I could write pages about how much they mean to me. If I had to pick one trait for each though probably Parker’s heart and Georgia’s sense of humor.”

Stalker had positive remarks about these crew members (even Jenna MacGillivray)

Despite their tension on the boat, Stalker says she and chief stew Jenna MacGillivary simply have different management styles. “I think our management styles are very different,” she observes. “We were in a unique situation, I think there’s always going to be some tension. If there would have been more communication and care about our department, and I actually had proper hours of rest, I wouldn’t have been so drained and frustrated. The last episode was hard for me to watch. I don’t like seeing myself not be the happy, positive person I am.”

She has nothing but love for Captain Glenn Shephard, plus she confirms that chef Adam Glick is an amazing chef. “Professionally, I think Adam and I worked well together. His food is scrumptious. Glenn, wow. I couldn’t sing his praises enough. He is the best captain I have ever had the privilege to work for. He’s found the perfect balance of being professional but personable.”

Stalker would love to have an opportunity to work for Shephard again in the future too. “I’d love to be able to work with Captain Glenn again,” she says. “He truly loves what he does and is so knowledgeable. He is willing and wanting to teach everything he knows.