Alan Shearer hilariously jokes about treatment from the BBC

All eyes will be on Wembley this evening as England take on Germany in their round of 16 clash at Euro 2020. With football fans on tenterhooks to see how Gareth Southgate’s men will do, Dan Walker and Louise Minchin welcomed former strikers Alan Shearer and Jurgen Klinsmann onto BBC Breakfast for their thoughts on the fixture. But as the conversation turned towards pre-match rituals, Alan spotted the chance for a swipe at his bosses.

Alan has been providing punditry for the BBC’s Euro 2020 coverage throughout the tournament and Tuesday will see him provide analysis once more alongside Gary Lineker.

“I’m so excited,” Alan began to Dan and Louise. “These boys have got an incredible opportunity to make their own history this evening.

“I’m just so excited. I’ve been lucky enough to play in some of these guys and I know how the boys will be feeling.

“And I’m pretty sure, it’s far easier being a player than it is being a fan, put it that way,” Alan laughed. 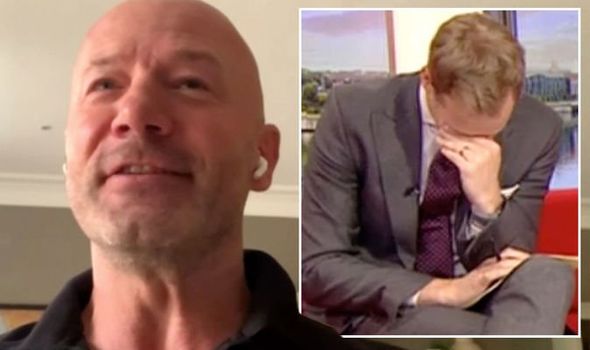 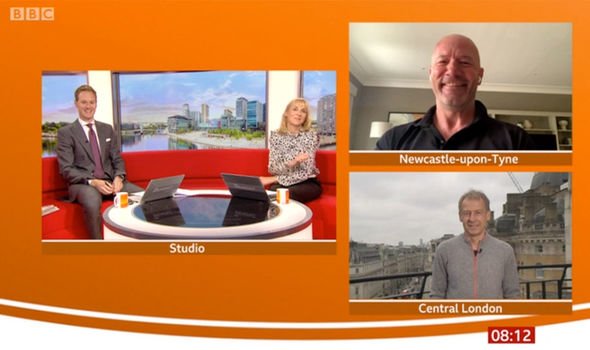 Jurgen, on the other hand, seemed a lot more at ease about Germany’s chances this evening, telling Dan and Louise: “I’m doing wonderful, thank you.”

And it didn’t go unnoticed by Dan who joked: “Is this the difference do you think, Jurgen, between the English and the Germans?

“We’re in a state of panic and you’re very calm and controlled,” Dan added, prompting Jurgen to reply: “No, no, I think both sides are very excited.

“These are the moments you live for as a football player or manager. You want those big, big, big occasions, these are the biggest games.” 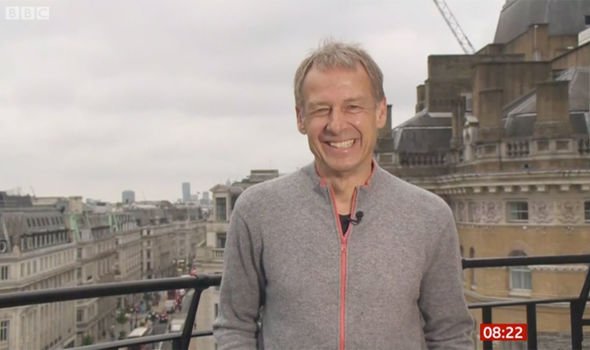 Jurgen and Alan then delved into their predictions, with both relatively sitting on the fence.

The former Germany manager even branded the fixture a “50/50” encounter, with it being too close to call.

After reliving some of the most memorable moments from the fixture, Dan turned his attention to whether Jurgen or Alan had any pre-match rituals of superstitions.

“So what’s your preparation like today?” Dan added. “There’s gonna be thousands and millions of fans getting ready for this.

“Are you going to be nervously stalking around? Do you have a pre-match meal? How do you get ready?”

Spotting the chance for a joke, Alan replied: “Dan, you know how it works.

“We’re heading up to Wembley with the BBC, we’re lucky if we get a sandwich.”

Dan and Louise burst into laughter at Alan’s joke as the latter replied: “Better get ready now, Alan!”

The BBC Breakfast pair continued to chuckle as they bid Alan and Jurgen farewell.

“I can’t wait to see you tomorrow morning,” Louise added to a nervous Dan.

The BBC presenter held his head in his hands as he pleaded for an England victory: “Please be good, please be good.”