The telly favourite today issued an emotional statement and revealed she would be leaving the TV show sofa after 20 years. 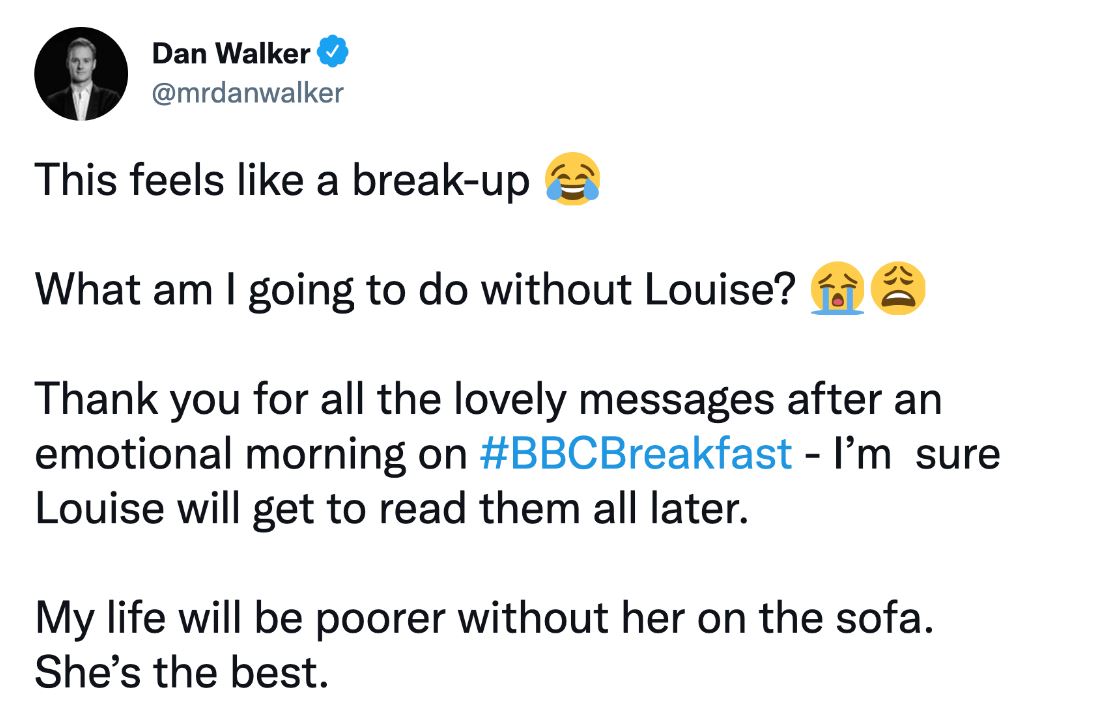 After the sad news was broadcast, Dan took to his Twitter page to pour out his emotion.

In a message peppered with crying-face Emoji icons, he wrote: "This feels like a break-up.

"What am I going to do without Louise?"

He then addressed viewers as he wrote: "Thank you for all the lovely messages after an emotional morning on #BBCBreakfast – I’m sure Louise will get to read them all later. 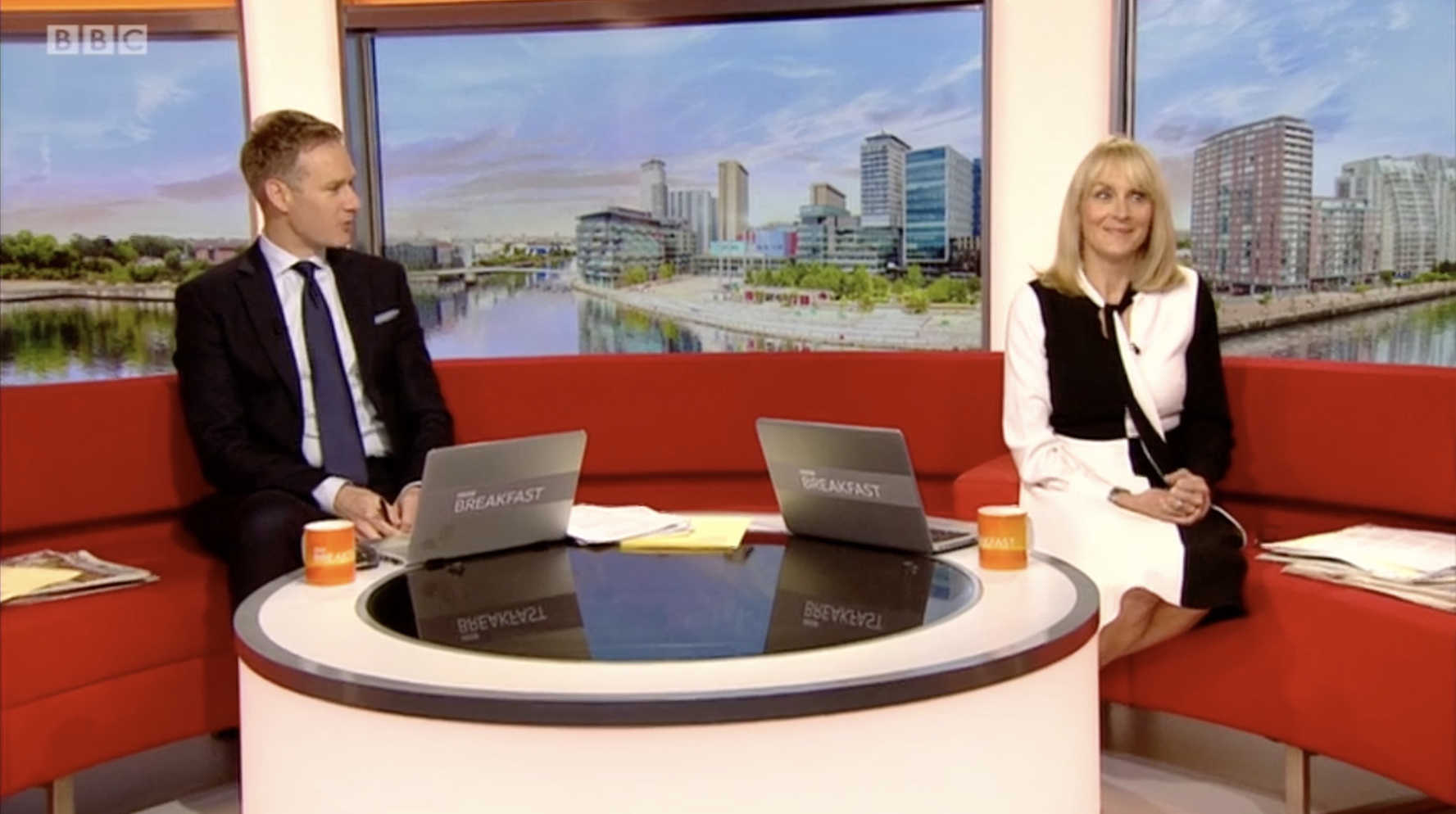 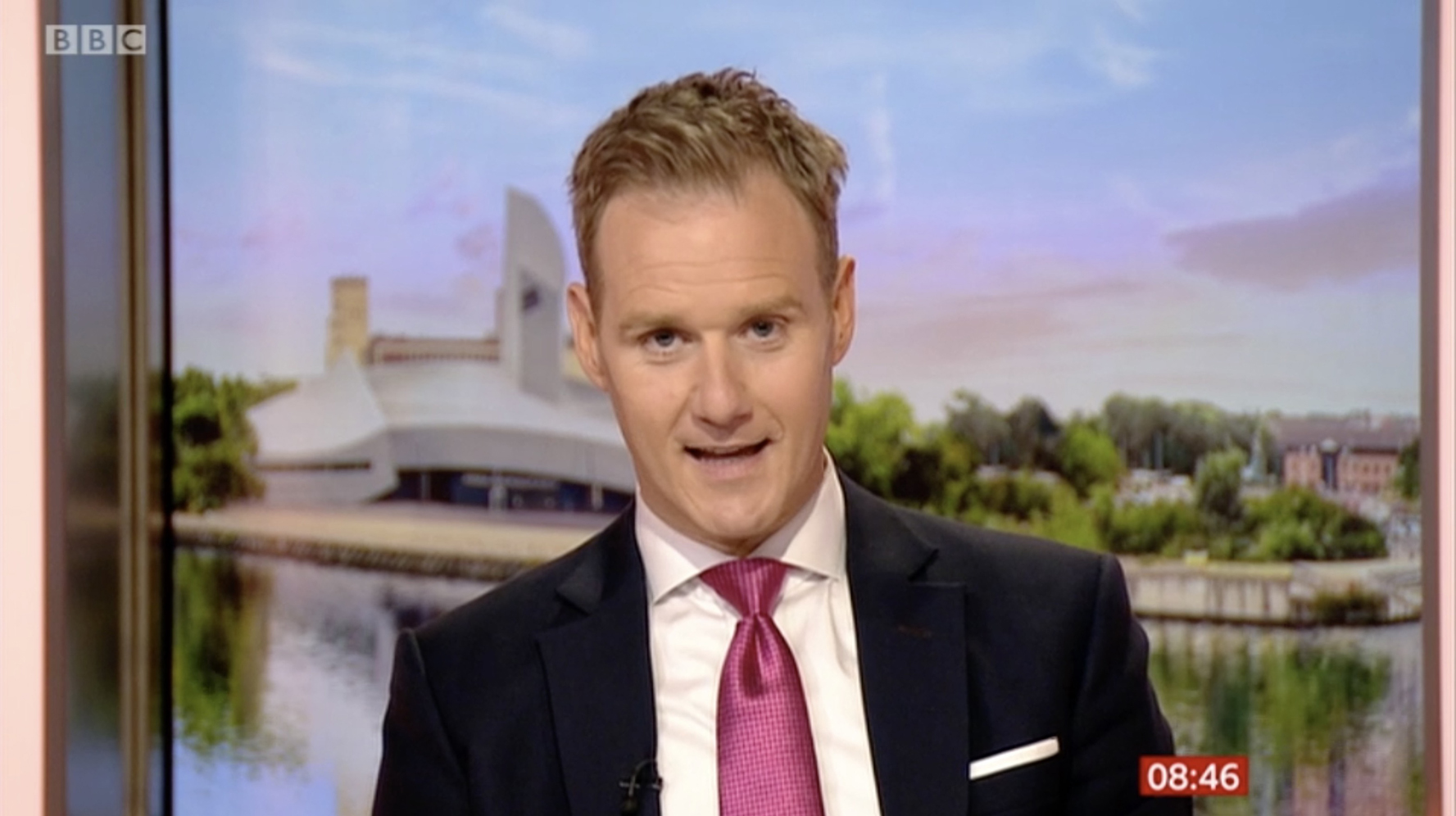 "My life will be poorer without her on the sofa. She’s the best."

Louise, 52, has reported on the biggest events and news stories of the past two decades but has decided now is the time for change.

In an emotional statement, she said: “I have absolutely loved being part of the 6 million strong BBC Breakfast family but after nearly two decades presenting the programme, I have decided it is time I stopped setting my alarm for 0340 in the morning.

"I will take so many memories with me, including reporting on the shock and anguish of the Manchester Arena bombing; starting a national conversation about Menopause; and the life-changing moment I took part in the Breakfast Christmas Cycling Challenge which inspired my ongoing passion for endurance sport, which I will continue when I leave. 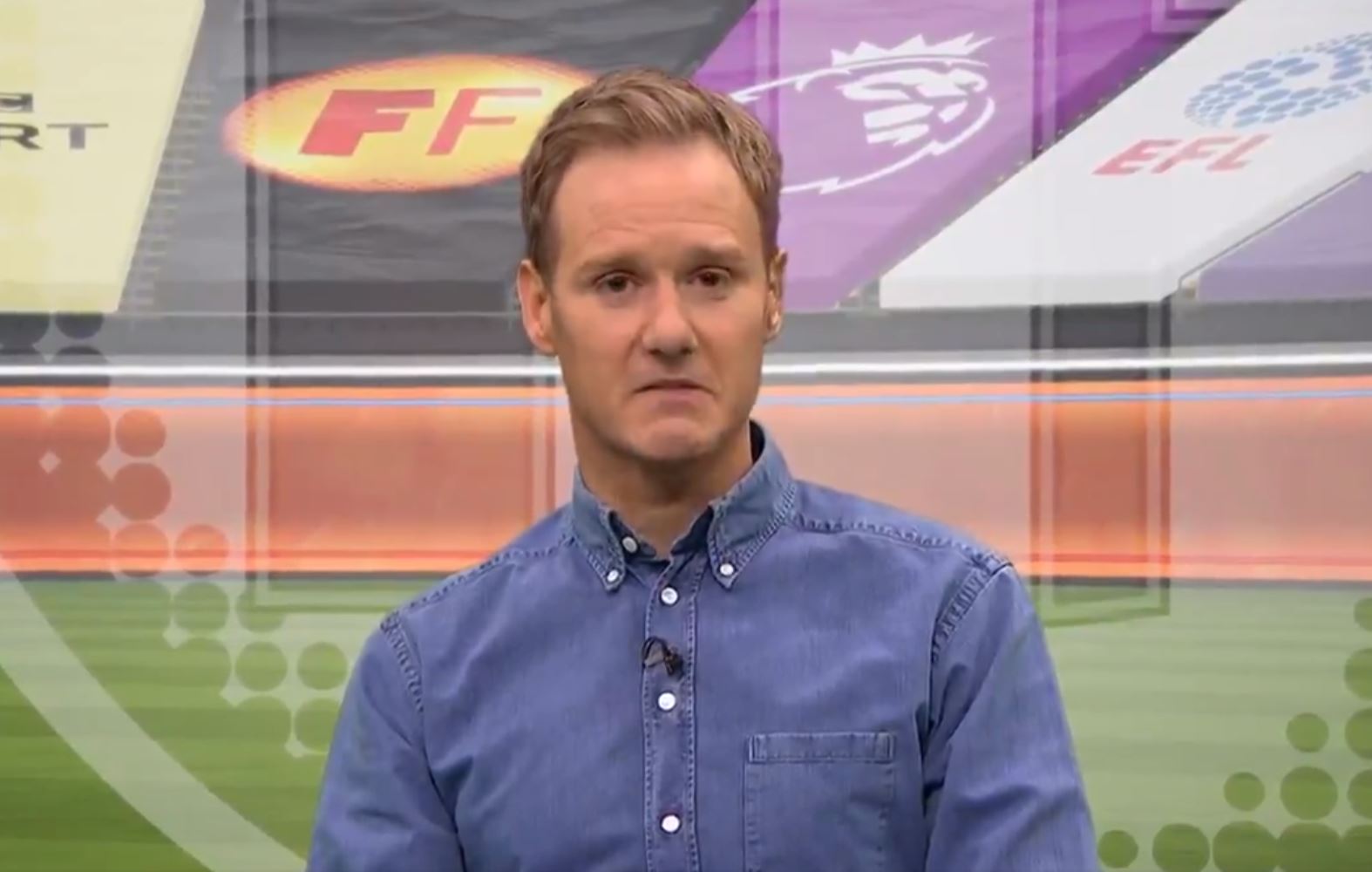 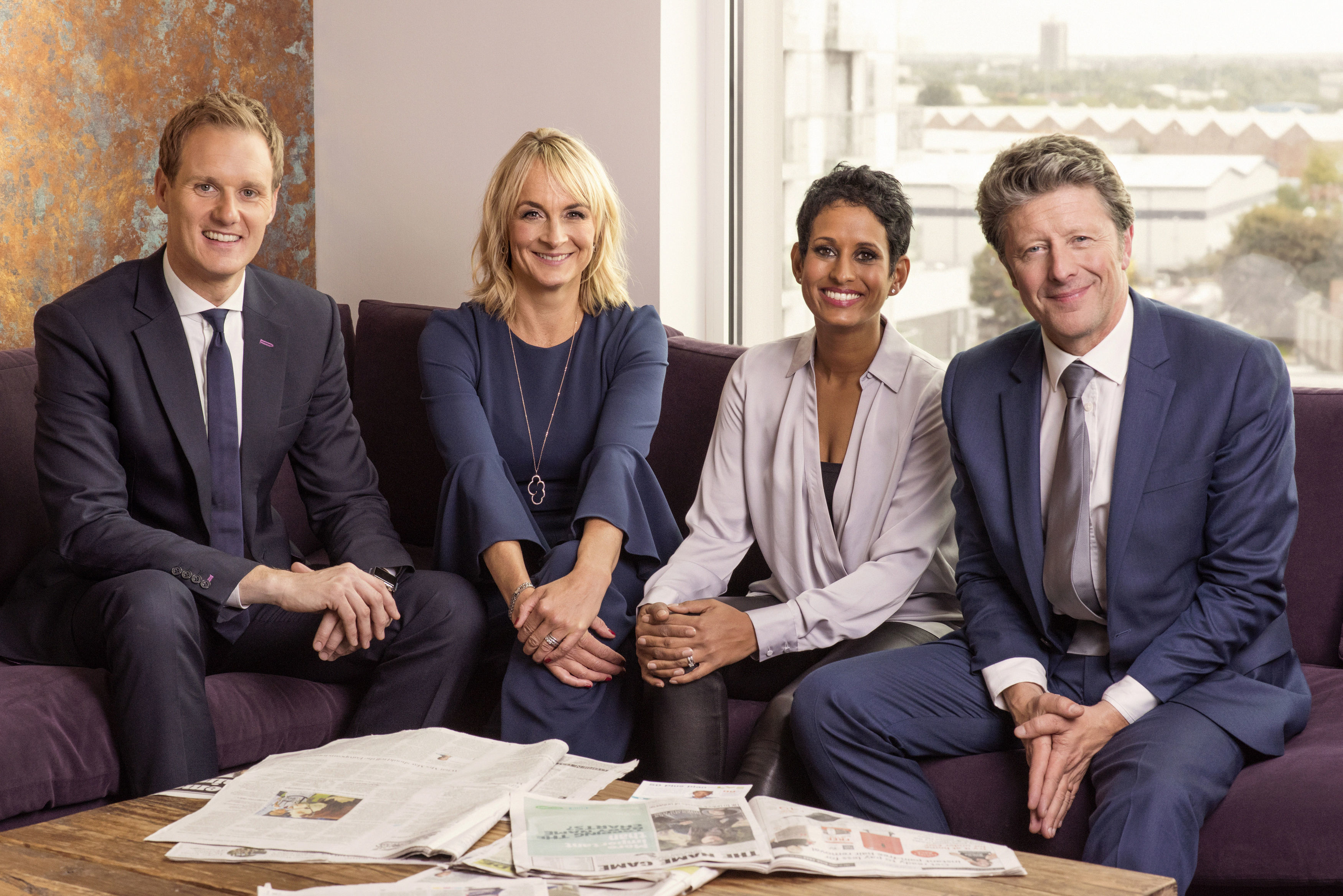 "A big thank you to everyone who has watched and supported me, I have loved it and I will miss you all.”

She appeared beside Dan Walker on today's Breakfast and took a deep breath before confirming this year will be her last on the show.

Louise first presented Breakfast in 2001 and moved with the famous red sofa to Media City in Salford as a lead presenter in 2012.

In 2019 she fronted the programme’s ground-breaking Wake Up To Menopause campaign and she took up endurance sport after competing in a BBC Breakfast Christmas cycling challenge. She has gone onto compete internationally for the GB triathlon team in her age-group. 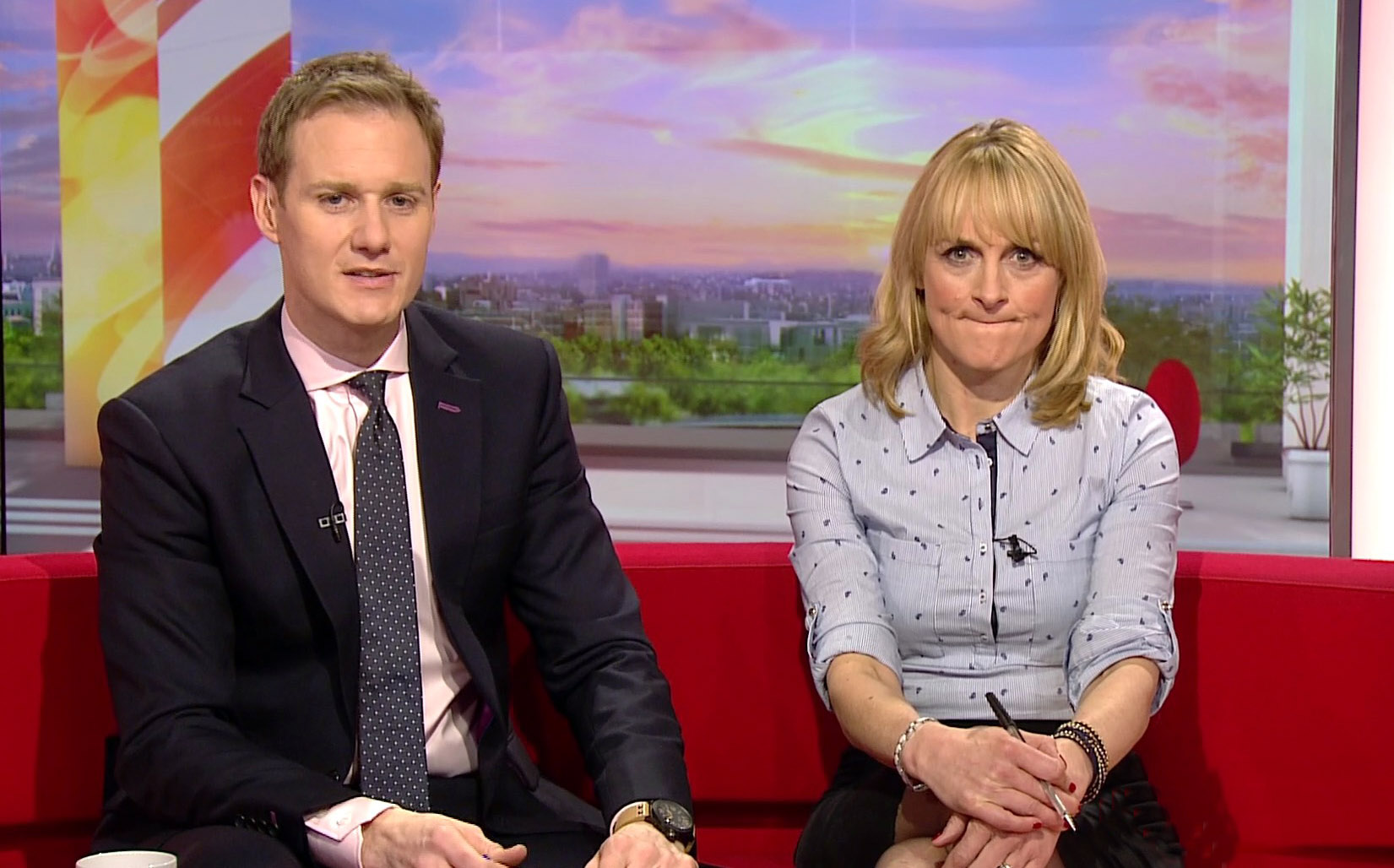 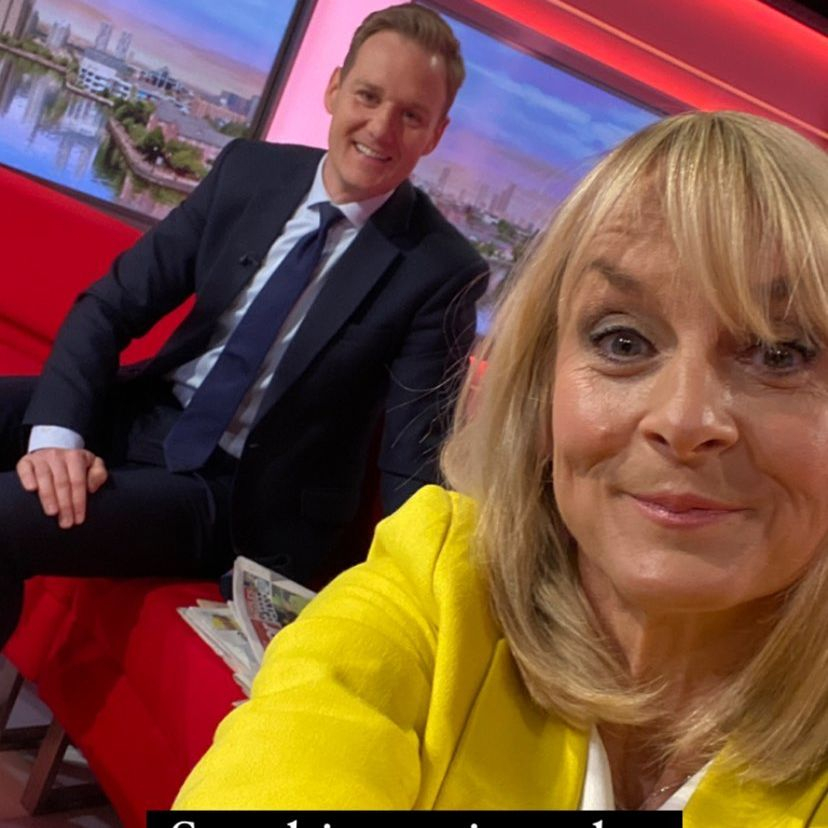 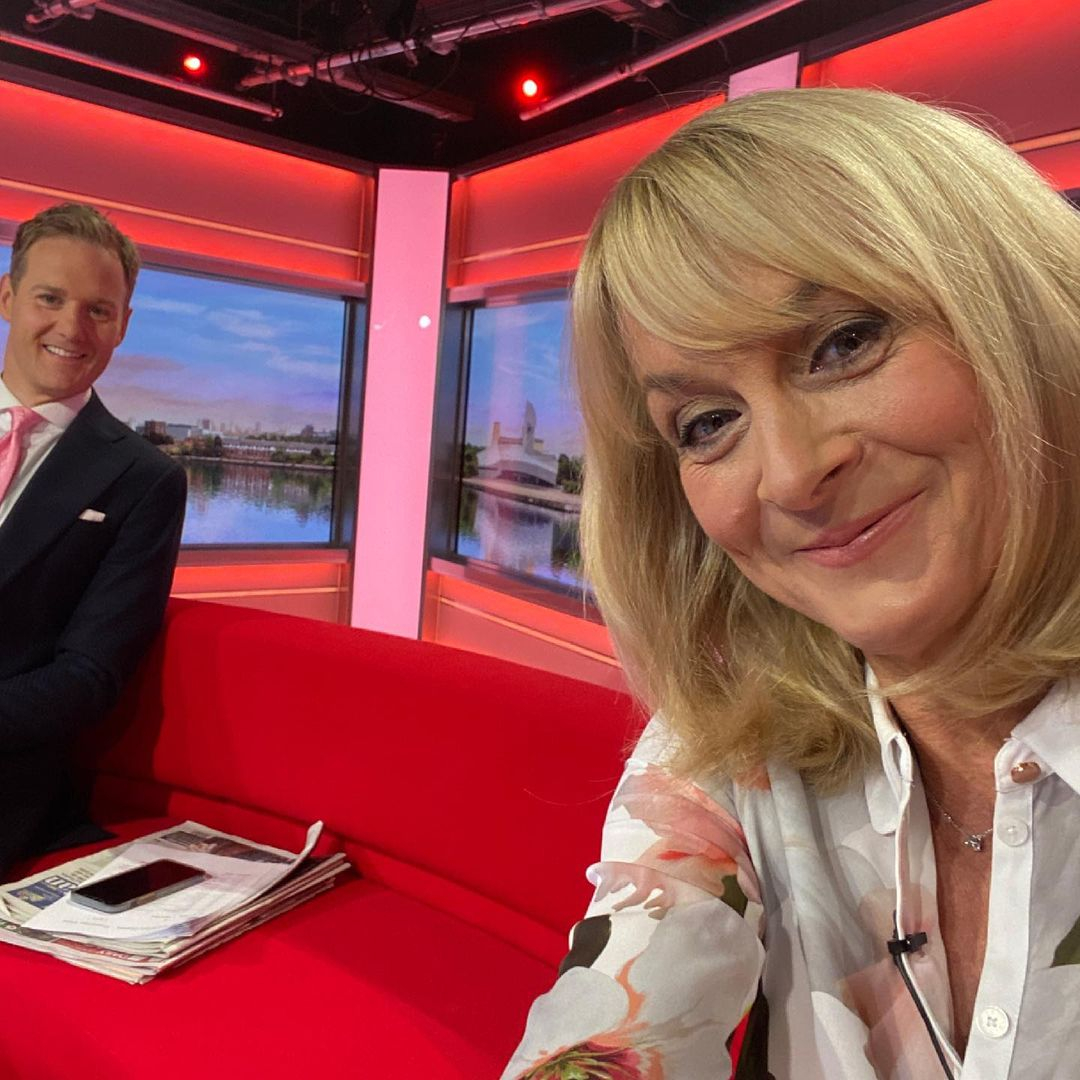 As well as interviewing senior politicians and party leaders, she has also chatted to countless A-list celebrities such as Sir David Attenborough, the Duchess of Cambridge, Billie Eilish, Jeff Goldblum, George Clooney, and Angelina Jolie and Joanna Lumley.

BBC Breakfast Editor, Richard Frediani said: “Millions of viewers have regularly woken up with Louise for 20 years and welcomed her and BBC Breakfast into their homes.

"We will miss her brilliant journalism, good humour and boundless energy. She has been a tremendous BBC Breakfast colleague on and off screen and will always be a friend to the team.”

Louise told BBC viewers although her final show had not been confirmed, it would be "some time after the summer."