The news has been dominated in recent days by the proposals of an all-new European Super League which could change the face of football forever. From the Premier League, the likes of Arsenal, Manchester City, Manchester United, Tottenham Hotspur, Chelsea and Liverpool have all signed up to the new project, resulting in a backlash from millions of fans who see it as a threat to the game as a whole and English footballing pyramid. Now, following interjections from Prime Minister Boris Johnson and Culture Secretary Oliver Dowden, Labour’s own Alison McGovern faced questions from BBC Breakfast’s Louise Minchin on the proposed new competition.

And Ms McGovern reiterated a similar stance to that of Conservative Party members, pointing out the detrimental effects the ESL could have on English football.

In doing so, she took a number of swipes at the government for delaying its reviews into the hierarchy of football and how it’s run, although didn’t exactly share in-depth details on how Labour would’ve approached things differently.

Putting the tough questions to the Shadow Sports Minister, Minchin asked if Ms McGovern would “support” punishments which meant players could be stopped from playing international football as a result.

“I think the players don’t seem to have been treated very well either,” Ms McGovern replied. 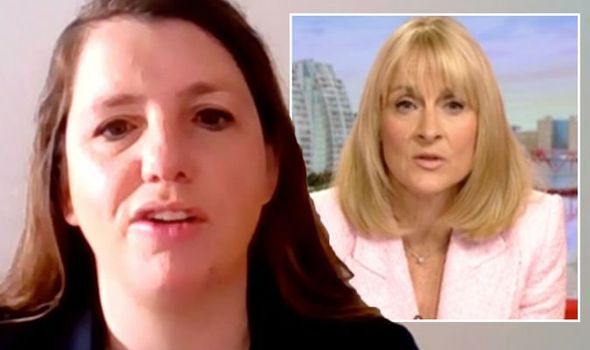 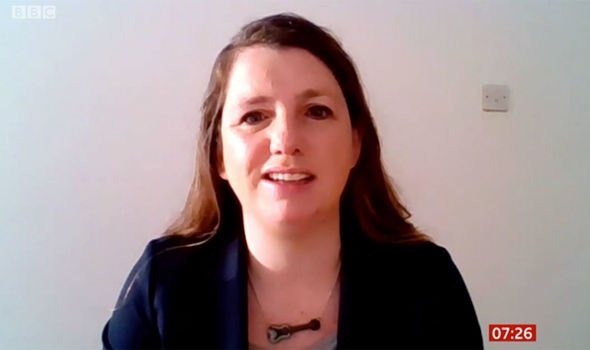 She continued: “I think they will be under that pressure. It’s the – governing bodies have rules and they’ll have to make sure those rules are upheld.

“So for me, it’s not a question of supporting it or not supporting it, I think it’s a very sad fact that the consequences for players haven’t been taken into consideration.”

“What about sanctions on clubs then?” Minchin interjected, which McGovern replying it was “inevitable”.

But clearly keen for specifics, Minchin probed further: “What sort of sanctions?”

“Do you mean from the organising leagues?” Ms McGovern asked but Minchin wanted an insight from those in parliament: “Well, the government, can they do anything? Or would you be supporting them to do something?”

Ms McGovern confirmed the government could take steps, “in lots of different ways” but failed to delve into the specifics.

And it was this seemingly skirting around definitive answers on prevention the ESL from happening which irked a number of BBC viewers at home.

Taking to Twitter, one annoyed fan penned: “The Shadow Sports Minister is talking a lot of vacuous rhetoric. Her words are vague and nebulous. Next. #BBCBreakfast.”

DON’T MISS:
Susanna Reid causes a stir as she debuts new hair on GMB return
GMB’s Dr Hilary loses it with landlord in heated row
Piers Morgan reacts to Kirstie Allsopp’s plea to get host back on GMB

A second added: “@Alison_McGovern thinks the #CompetitionsAuthority may be able to give advice on stopping the #SuperLeague!

“Really? It’s always been fairly useless in the past! #BBCBreakfast.”

Another vented: “#BBCBreakfast shadow sports minister clearly just repeating what she’s been reading on social media to make it sound like she has a policy on this.”

While a fourth weighed in: “@BBCBreakfast let’s not forget that this whole thing is about money….

“And it’s the players ridiculous salary demands which are at the forefront of the need for increased revenue! So yes, ban them from International representation because they are the cause of the problem.”

The footballer turned pundit implored fans to use their voices to try and stop the ESL going forward.