After the latest episode of EastEnders was broadcast, the BBC followed it up with the 1975 episode of Fawlty Towers, The Germans. The episode had previously been removed to its “offensive content and language”. However on Monday evening, the episode was broadcast with a warning message and some of the offensive slurs edited out.

One moment included the episode saw Basil (played by John Cleese) imitating Nazi officers as he walked around his hotel.

However, moments including Major Gowen’s shocking language about the West Indies team and his use of the N-word were edited out.

Many of those who saw the episode broadcast took to Twitter to question why it was shown at 8.30pm. 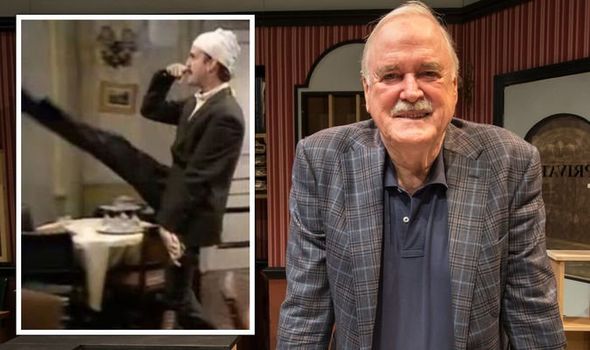 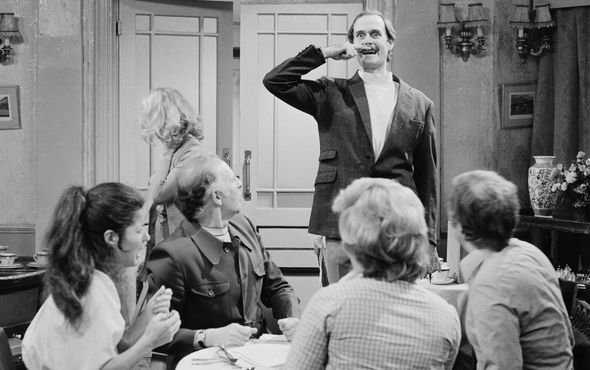 “I’m surprised the BBC showed as much of that episode of Fawlty Towers as they did. Although there were some cuts,” one viewer posted.

Another added: “Are the BBC really showing THIS episode of Fawlty Towers??”

“It’s just not really appropriate in this day and age,” a third tweeted.

Someone else continued: “Why is Fawlty Towers back on with is casual racism and misogyny?” 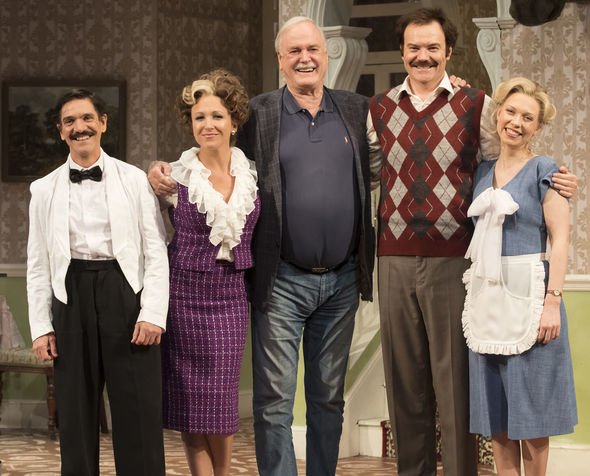 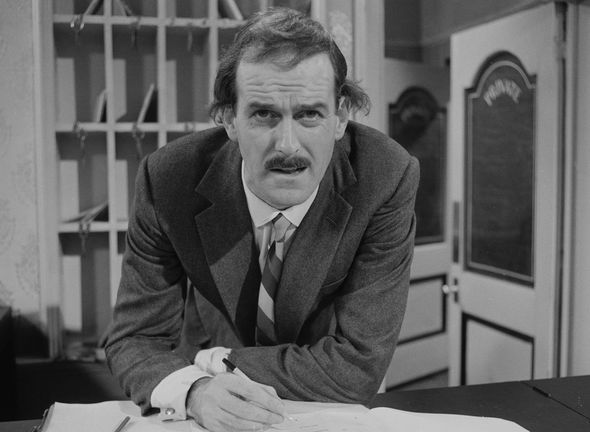 The episode had previously been taken off UKTV with the broadcaster explaining: “We will reinstate Fawlty Towers once that extra guidance has been added, which we expect will be in the coming days.

“We will continue to look at what content is on offer as we always have done.”

Star of the series John was baffled by the decision and branded it “stupid”.

He told The Sun: “One of the things I’ve learned in the last 180 years is that people have very different senses of humour.

“Some of them understand that if you put nonsense words into the mouth of someone you want to make fun of you’re not broadcasting their views, you’re making fun of them.”

Commenting on Major Gowen’s inappropriate language, he insisted he is “an old fossil left over from decades before” and they were “not supporting” his comments.

“We were making fun of them,” he defended. But he added if viewers could not understand that, they’re “stupid”.

It comes after guest star April Walker, who starred in The Wedding Party, said she had “tremendous fun” on set.

The actress told RadioTimes.com: “We were rehearsing and that was enormous fun and then we got into the studio with the technicians and John said, ‘Now look, we’ve had a week’s rehearsal.

“We are not going to make any mistakes. If any mistakes are made, the technicians are allowed to.’

“And so we were almost on pain of death not to make a mistake and we were terrified!”

April added it was John who made the first mistake which “broke the ice”.