In a recent episode of BBC programme Bargain Hunt, auctioneer Charlie Ross went to Newark in Nottinghamshire where he learned all about the value of police memorabilia. During his search, he spoke with fellow expert Charlie Ross who showed him various items that police officers would have used in the 1960s. The items included police helmets, truncheons, whistles and handcuffs. However, it was one item in particular that really piqued Charlie’s interest.

Charlie began by asking Nick what sparked his interest in police collectables.

“It’s two-fold really,” Nick explained. “My uncle, he is retired now but he was a serving police officer in the Nottingham City Police Force.

“I remember as a child being fascinated by the uniform, the kit and the things that he had and now, of course, collectables is my line of business.

“I see this type of thing showing up to the auction fairly regularly.” 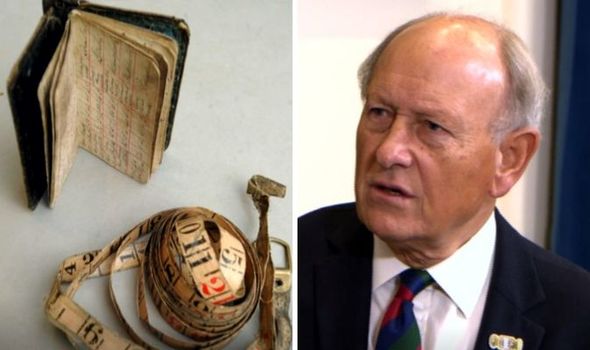 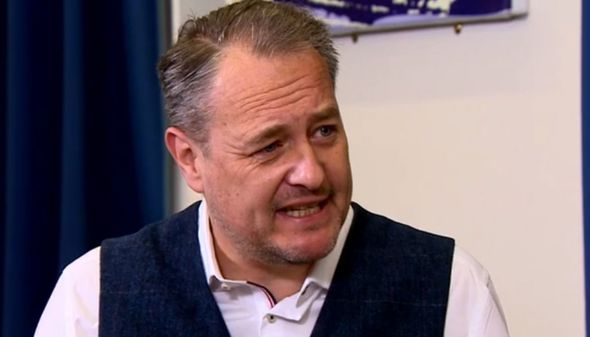 Charlie asked: “Who collects these things?”

Charlie went on to quiz Nick on the items he had brought along to show him that were specifically worn by his uncle.

Pointing to a police helmet, Nick continued: “This would have been worn in all the late-night scuffles.

“His belt here of course as well and handcuffs.” 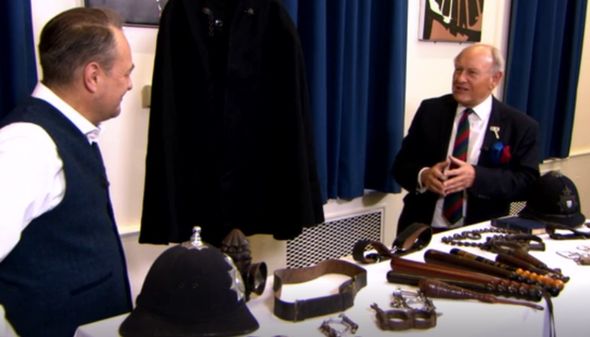 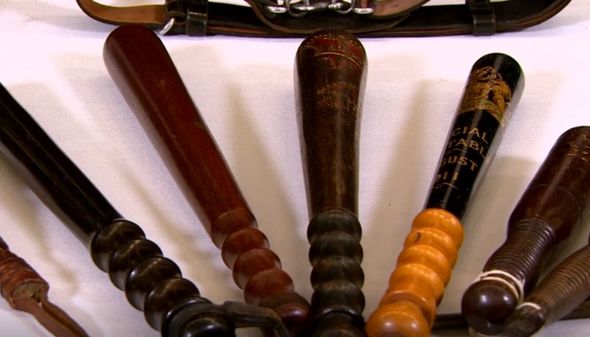 Speaking about the police whistles, Nick explained they were around before police radios and it was the officer’s only form of communication to each other.

He went on to explain to Charlie what the value of some of the items were, starting with the belts.

Nick added: “Belts are interesting again because you’ve got the crest, you’d pay £100 to £150 maybe.

“Could even be a couple of hundred pounds if it’s a nice conditioned one.

“A whistle is a little less expensive, maybe £50 to £100, the double-ended ones maybe a little bit more.”

Moving on to the police truncheons, Nick said: “These things were hand-painted, the gilding is exquisite. Of course, you can collect them badge by badge, region by region and city by city.

“These things can fetch at a low end £50 to £100 but for a really beautiful hand-painted one you can talk hundreds of pounds.”

After discussing police lamps, Charlie asked Nick what the most intriguing piece of police memorabilia he has ever come across.

He said the most unusual thing that he had ever sold at auction was Britain’s last executioner, Harry Allen’s notebook.

Harry Allen was chief executioner at 41 executions and acted as an assistant executioner at 53 others at various prisons in England, Scotland and Northern Ireland.

“The most unusual thing I’ve ever sold in this world of crime and punishment was the handwritten diary and working tool of Britain’s last ever hangman, Harry Allen,” Nick explained.

A stunned Charlie simply replied: “Gosh” as Nick continued: “All the equipment to use for the equation to get the right length of rope and the right weight.

“More interestingly it was the handwritten notes in his diary. That would have been all the traditional things like the crime and place of execution.

“But then there would be a little personal note he would write in there like ‘Ball of a man. Cried for his mother’.

“Tingling things like that, it was amazing. I sold that for a hammer price of £17,000 and now I believe it resides at the Black Museum in London.”

Bargain Hunt is available to watch on BBC iPlayer.