Charlie Ross and experts Nick Hall and Jonathan Pratt visited the Newark Antiques and Collectables Fair in an episode of Bargain Hunt that aired earlier this year. However, BBC presenter Charlie left hopeful shoppers of the fair bemused by asking them to identify his mystery item.

Charlie began: “Any idea what this might be? It’s quite heavy, made of wood, beech I think.

“It’s got a little bit of damage and there’s not one but two of them.

“Any ideas? Well, I’m going out into the fair to see what people think they might be.”

The Bargain Hunt expert stopped shoppers and asked them their opinion on the mystery item.

“Hello dear, have you any idea what they might be?” Charlie asked one woman. 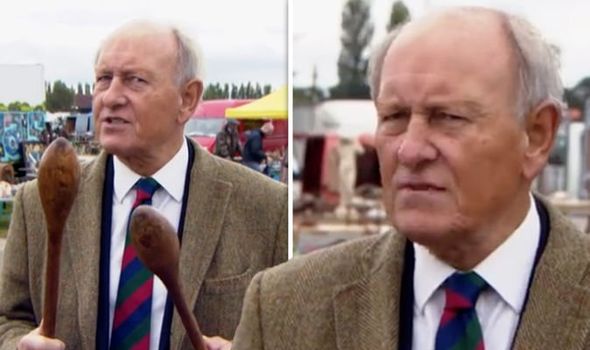 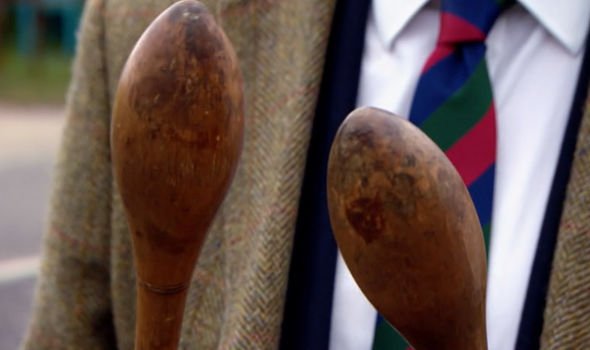 “Not really,” she replied and he urged: “Well have a guess.”

“Maracas,” the shopper incorrectly suggested before Charlie moved onto the next person.

Another shopper suggested: “I think they might be drumsticks.”

She was proven to be wrong before another guest suggested: “For juggling with.”

“Just the one or two of them?” Charlie asked and he replied: “Well, there’s one missing.” 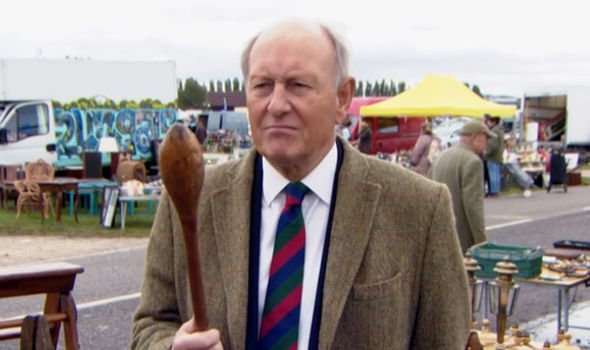 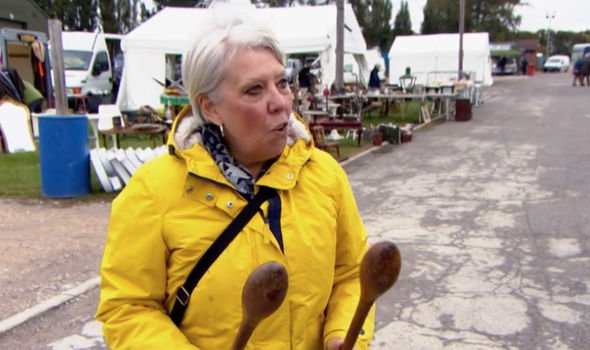 Other guesses included skittles, a stirrer and to “bump someone with”.

“Oh dear I think they might need some help,” the expert commented.

Charlie then gave the fair-goers a clue by putting a sweatband around his head.

“How about now madam, does this give you a clue?” Charlie asked.

“Nearly,” the expert replied before another guest suggested: “They’re probably Edwardian or Victorian, a training device for being in the gym.”

“I think they’re to exercise with, swing your arms around,” another quipped.

“They date back thousands of years and they’re thought to have Hindu origins.

“Now the British brought them back from India in the 19th century and they were used as training tools for not only the army but also for the police force and what’s more the British marine physical instructors are still known today as the club swingers.”

Explaining how they work, he continued: “The clubs are seen as an equivalent of skipping.

“When you use them they force the body into a good posture without you even noticing.

“When you’re jogging you can slouch and crouch but if you’re skipping or swinging clubs you have to remain straight and tall with a proper posture.”

The Bargain Hunt expert revealed the pair were worth £30 to £50 but warned a collection of early sets could reach several hundreds of pounds.

Bargain Hunt airs on BBC One on weekdays at 12.15pm.