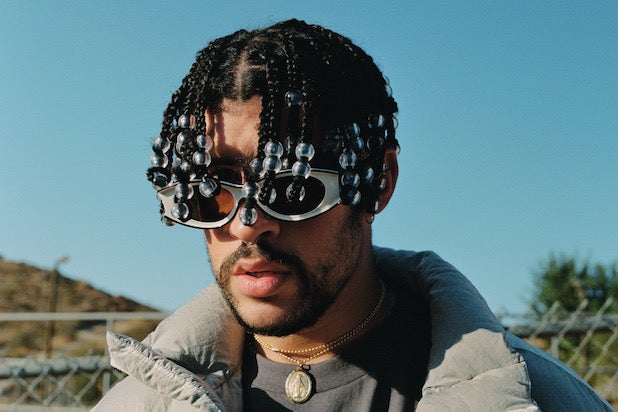 Bad Bunny has joined the cast of STX’s “American Sole” and will make his feature film acting debut in the project.

Bad Bunny will join “American Sole” in a supporting role, though his exact character is being kept under wraps.

The film seems to be shaping up in much the same way as STX’s “Hustlers” from last year, which also provided small roles for buzzy music stars with big followings like Lizzo and Cardi B, as well as Usher, who played himself.

“American Sole” follows Davidson and Jackson as two twenty-somethings with mountains of college debt who use the fast cash of after-market sneaker reselling to achieve their American dream. But when their startup runs out of cash and a shady investor is their only way out, the dream quickly becomes a nightmare.

“American Sole” is written and will be directed by Ian Edelman (HBO’s “How to Make It in America,” Netflix’s “The After Party”) and produced by Kevin Hart through his production company, HartBeat.

Hart will be joined as producer by Jake Stein through his Scondo Productions label, and NBA All-Star Chris Paul, who produces through his Ohh Dip!!! Productions banner. “American Sole” marks Paul’s first feature film as producer. HartBeat’s Bryan Smiley is executive producing. Drew Simon and Patricia Braga will oversee the project for STXfilms.

Bad Bunny is a multi-platinum artist and Latin Grammy award winner who became the first Latin Reggaeton artist to appear on the cover of Rolling Stone. His most recent album, “Las Que No Iban A Salir” debuted at No. 1 on Billboard’s “Top Latin Albums,” dethroning himself over his previous albums, with “YHLQMDLG” at No. 2 and “X 100PRE” at No. 3.

Bad Bunny is represented by UTA and manager Noah Assad of Rimas Entertainment.