ABC’s The Bachelorette ticked down a tenth from last week but was still strong enough to lead the primetime ratings Tuesday in non-sports fare. The reality competition delivered a 1.1 in the adults 18-49 demographic and 4.12 million viewers as it faced a rare Tuesday NFL game on Fox where the Baltimore Ravens trampled the Dallas Cowboys.

As for the game, Fox aired what was to be last week’s Thursday Night Football last night, after the Ravens-Cowboys matchup was postponed twice because of Covid-19 concerns. It scored a 2.8 rating and 10.06 million viewers, the night’s top-rated and most-watched program in primetime. Those numbers will be likely adjusted in the finals. 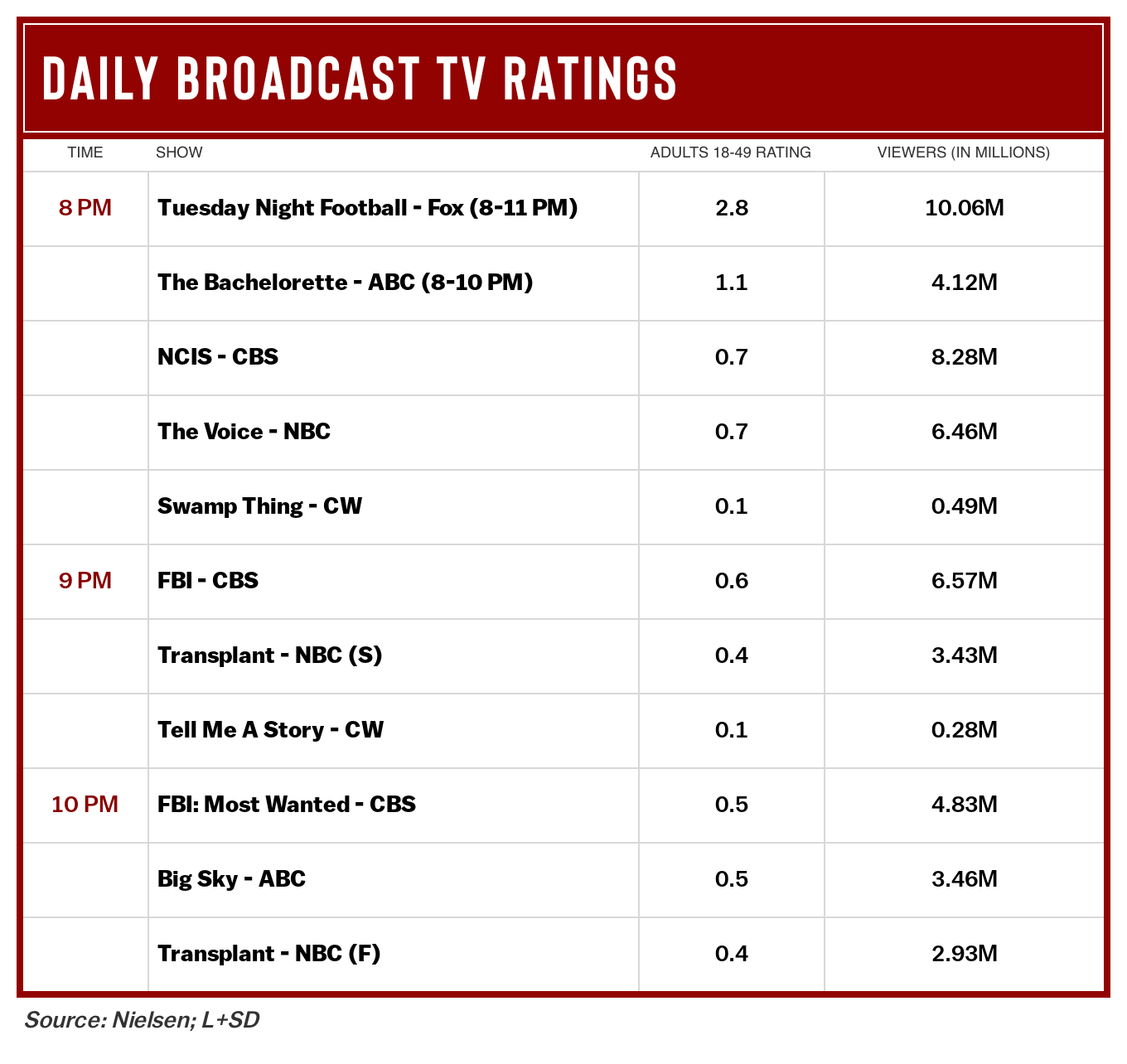