THE Bachelor's Colton Underwood looked smitten with Olympic skier Gus Kenworthy on a New York City stroll before he came out as gay.

The reality star, 29, revealed he was gay in an interview on Good Morning America earlier today. 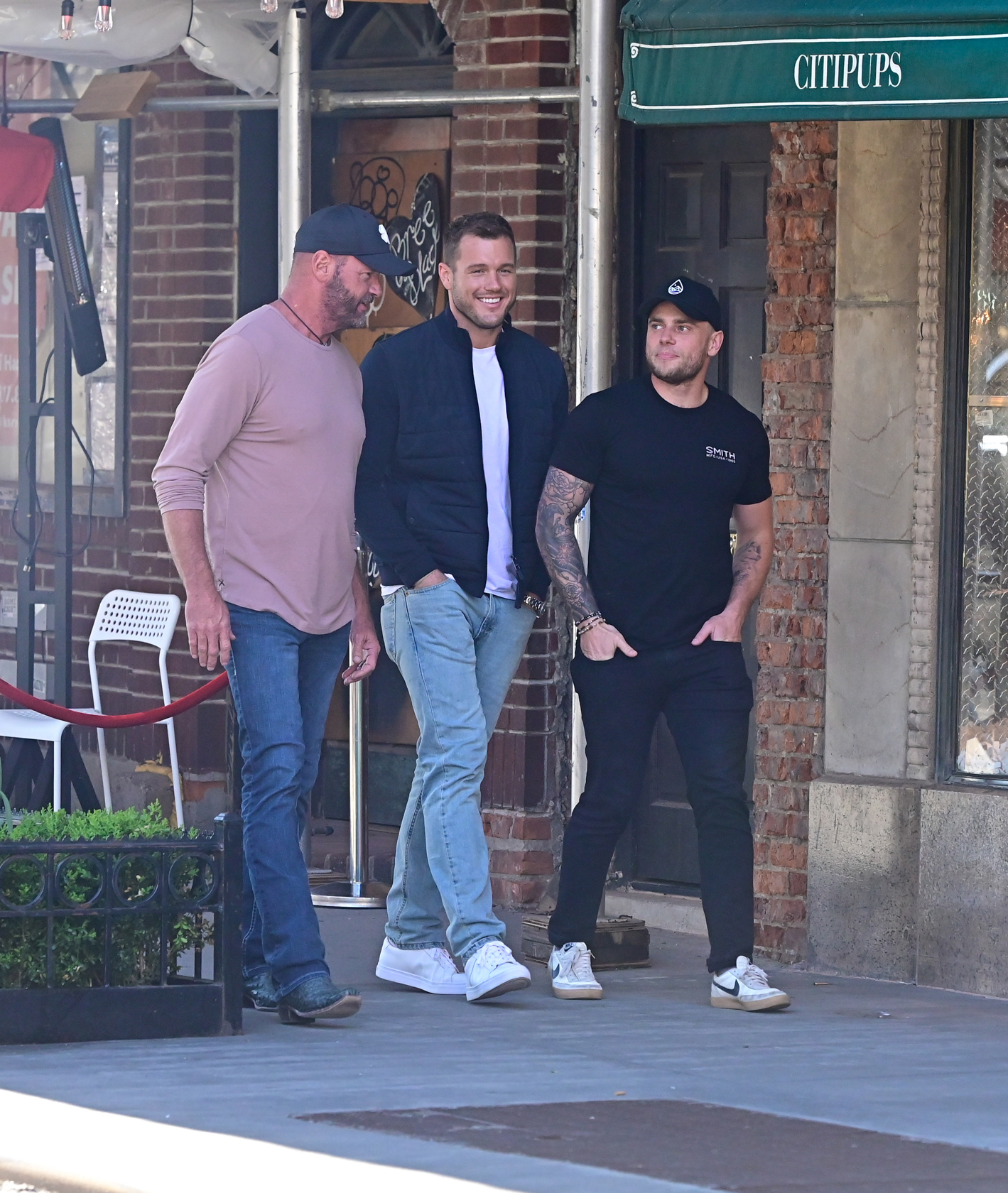 Before the interview, Colton was spotted walking through the West Village alongside his dad Scott and Gus.

Colton kept it casual with blue jeans, white trainers and a white T-shirt.

The star completed the look with a blue puffer jacket and a huge smile on his face.

Dad Scott wore jeans with black shoes, with a pink top and a baseball cap. 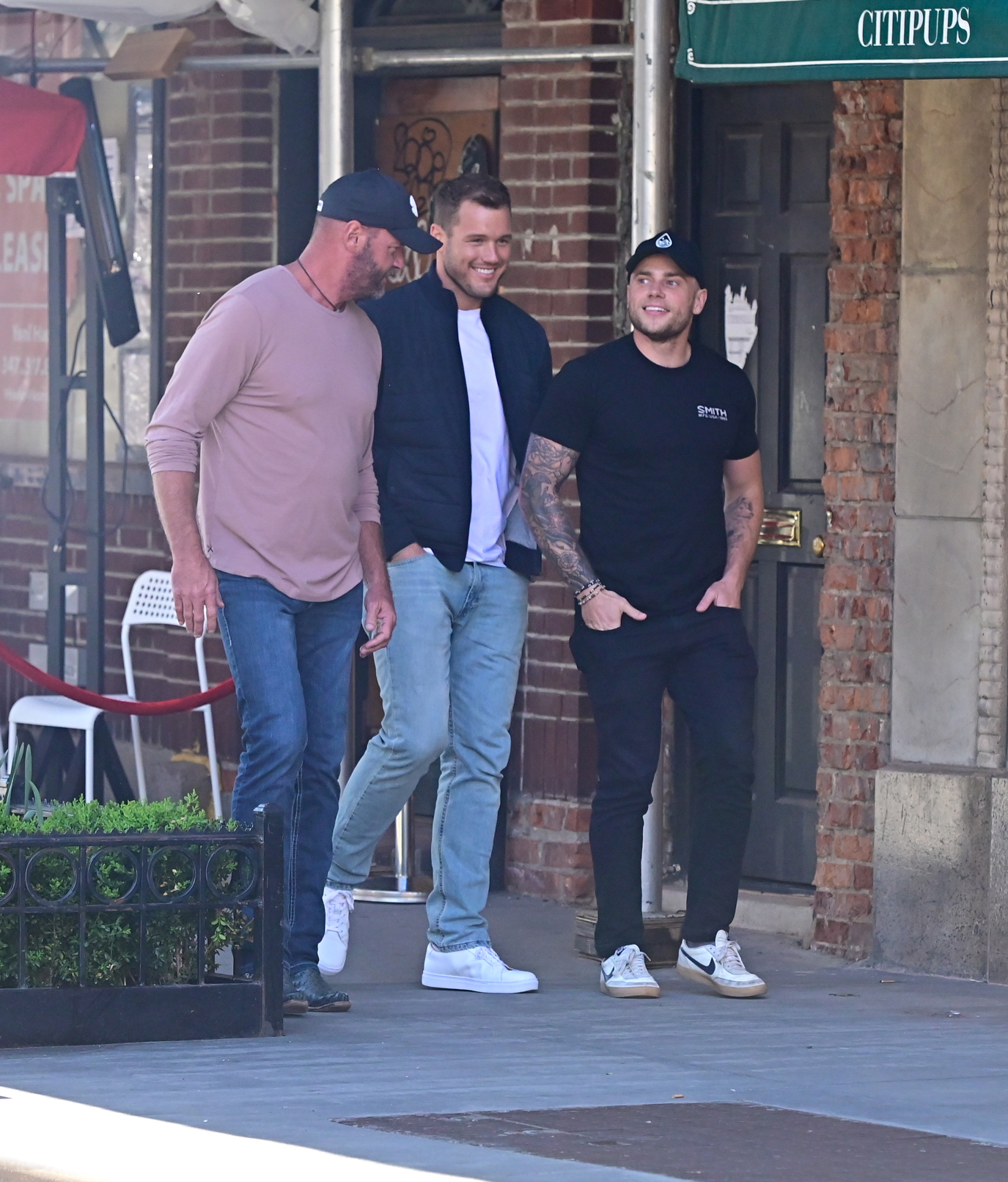 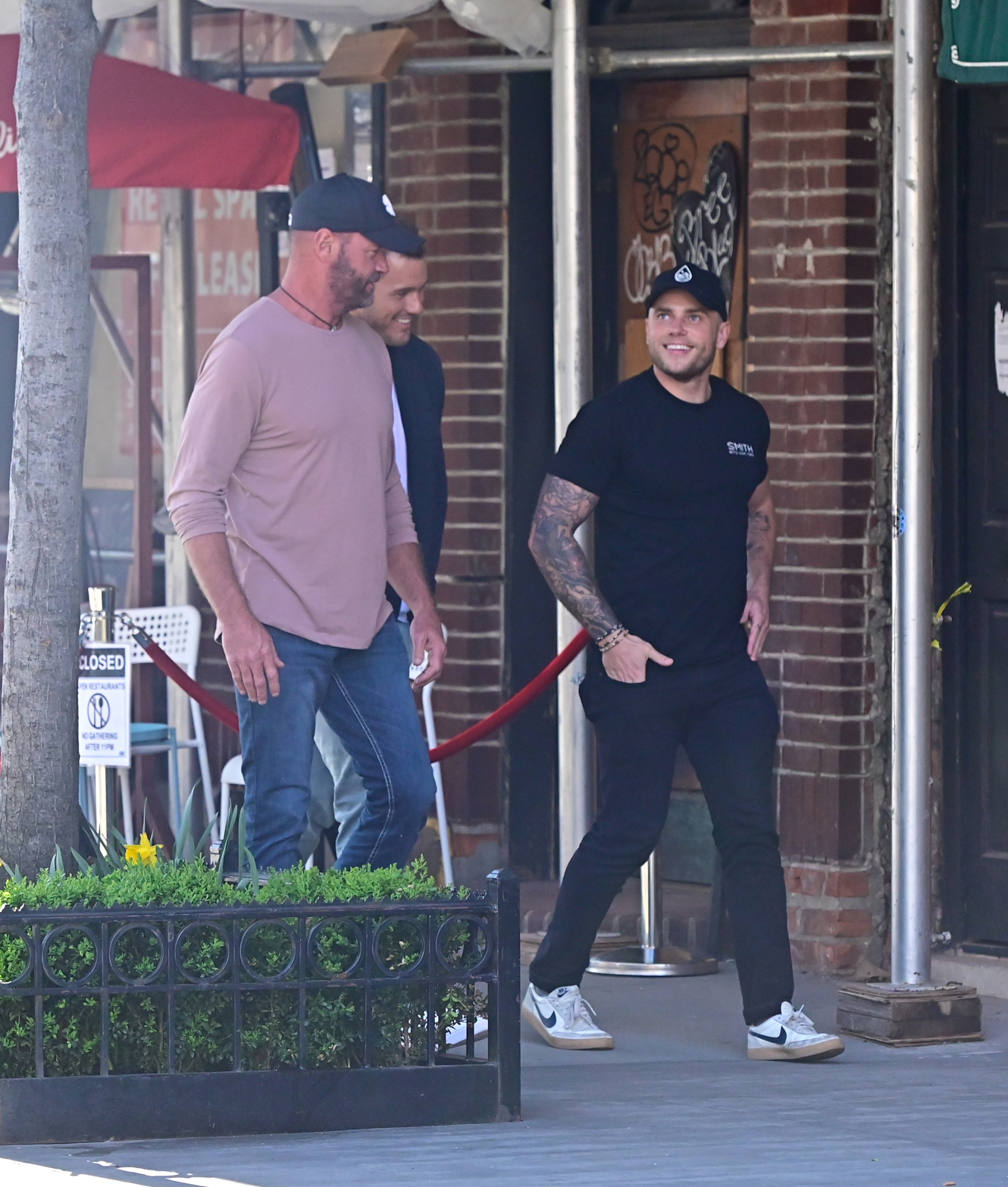 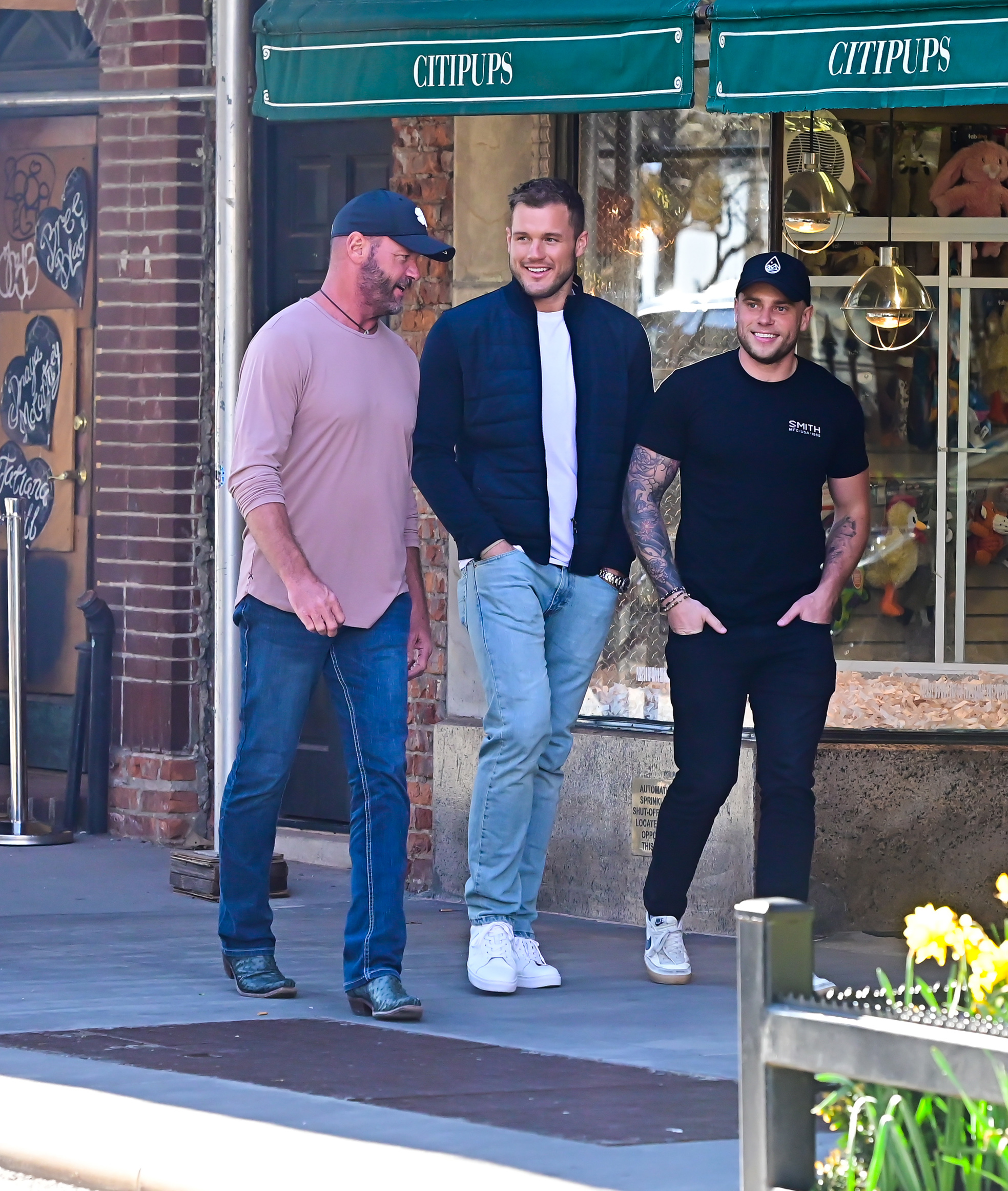 The trio appeared in good spirits as they chatted on their way through New York City.

Their outing comes amid rumors The Bachelor star will be starring in a Netflix documentary focusing on his life as a gay man.

TMZ reports Gus Kenworthy will star alongside him in the series, which is allegedly filming. 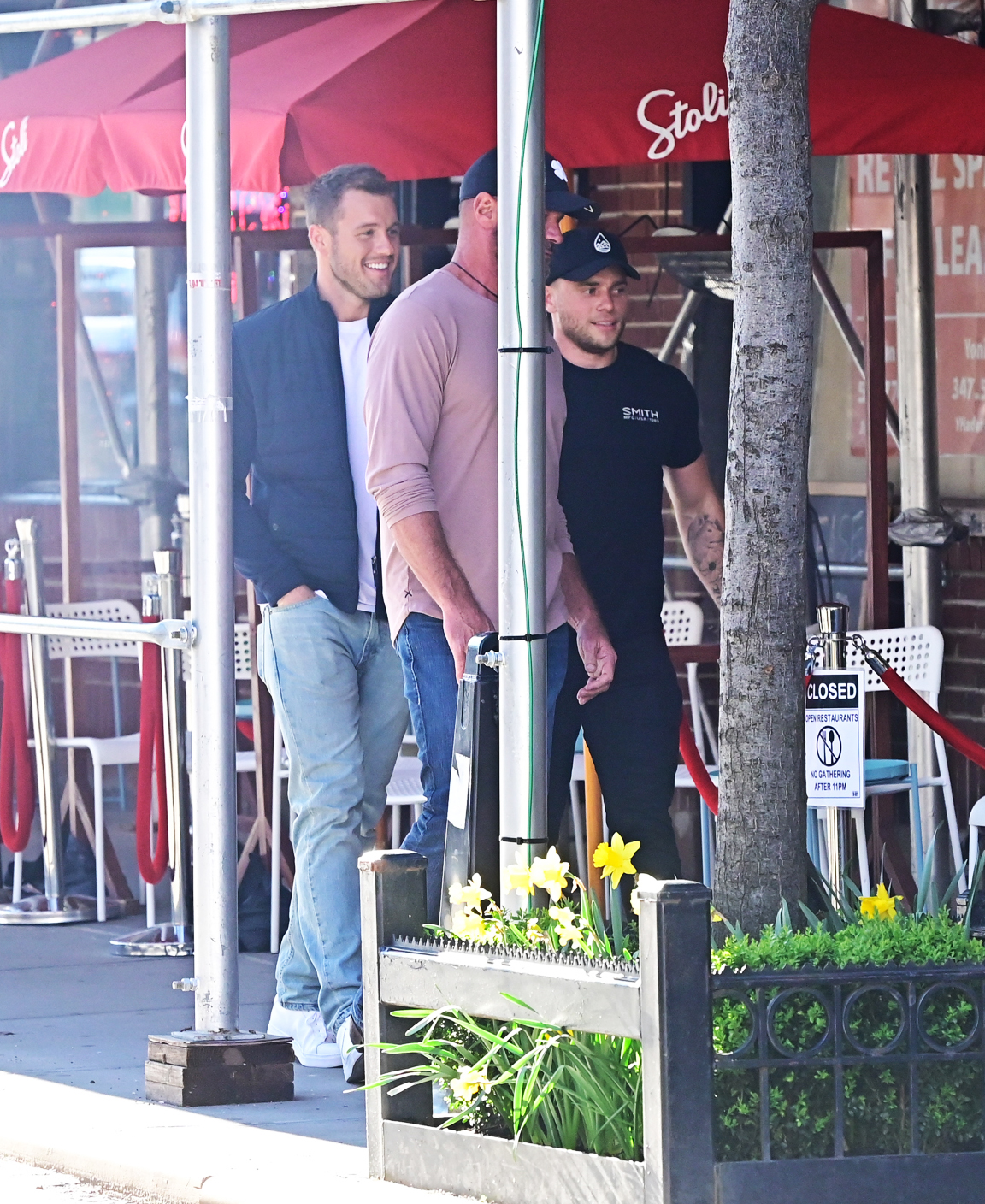 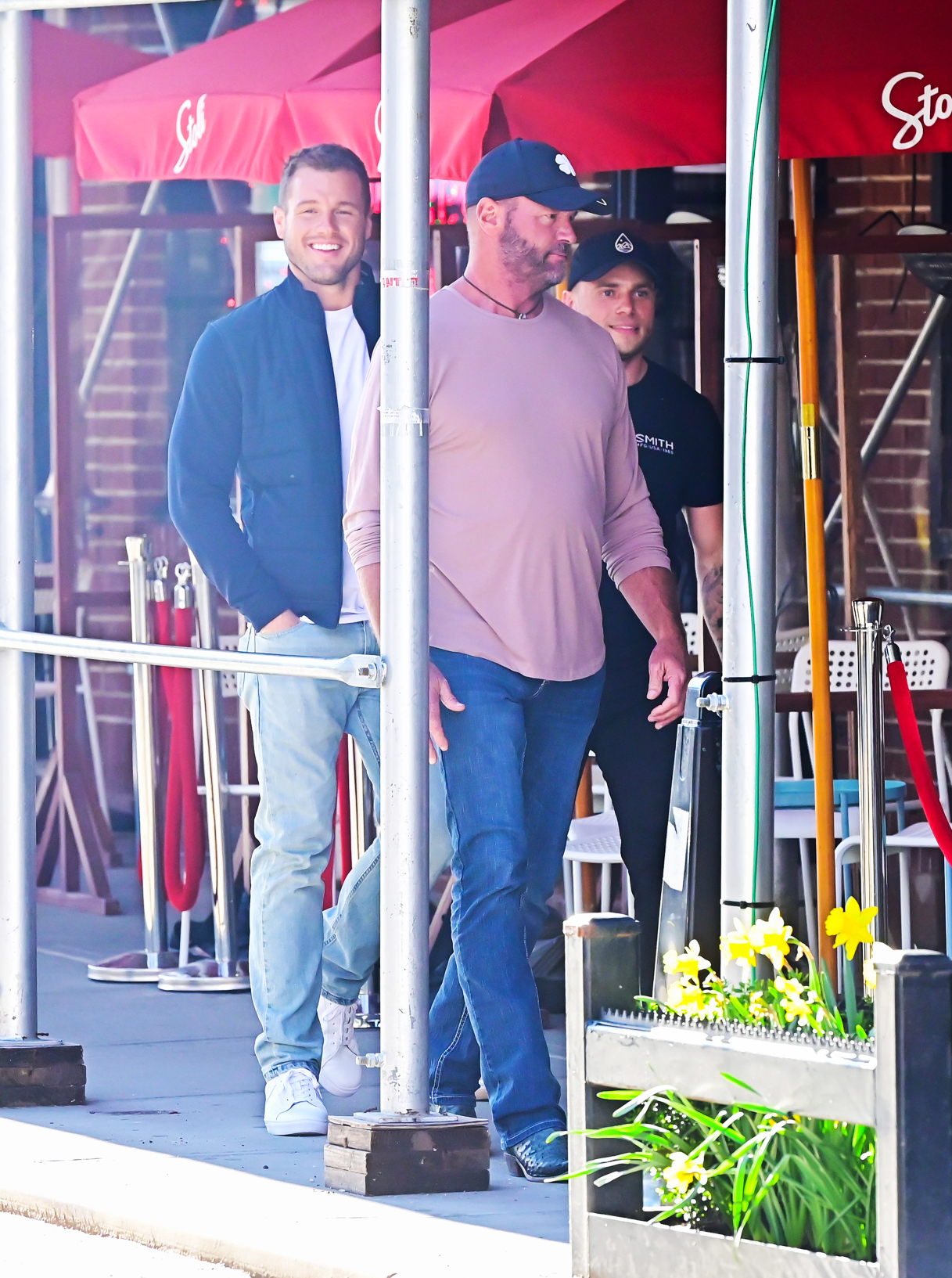 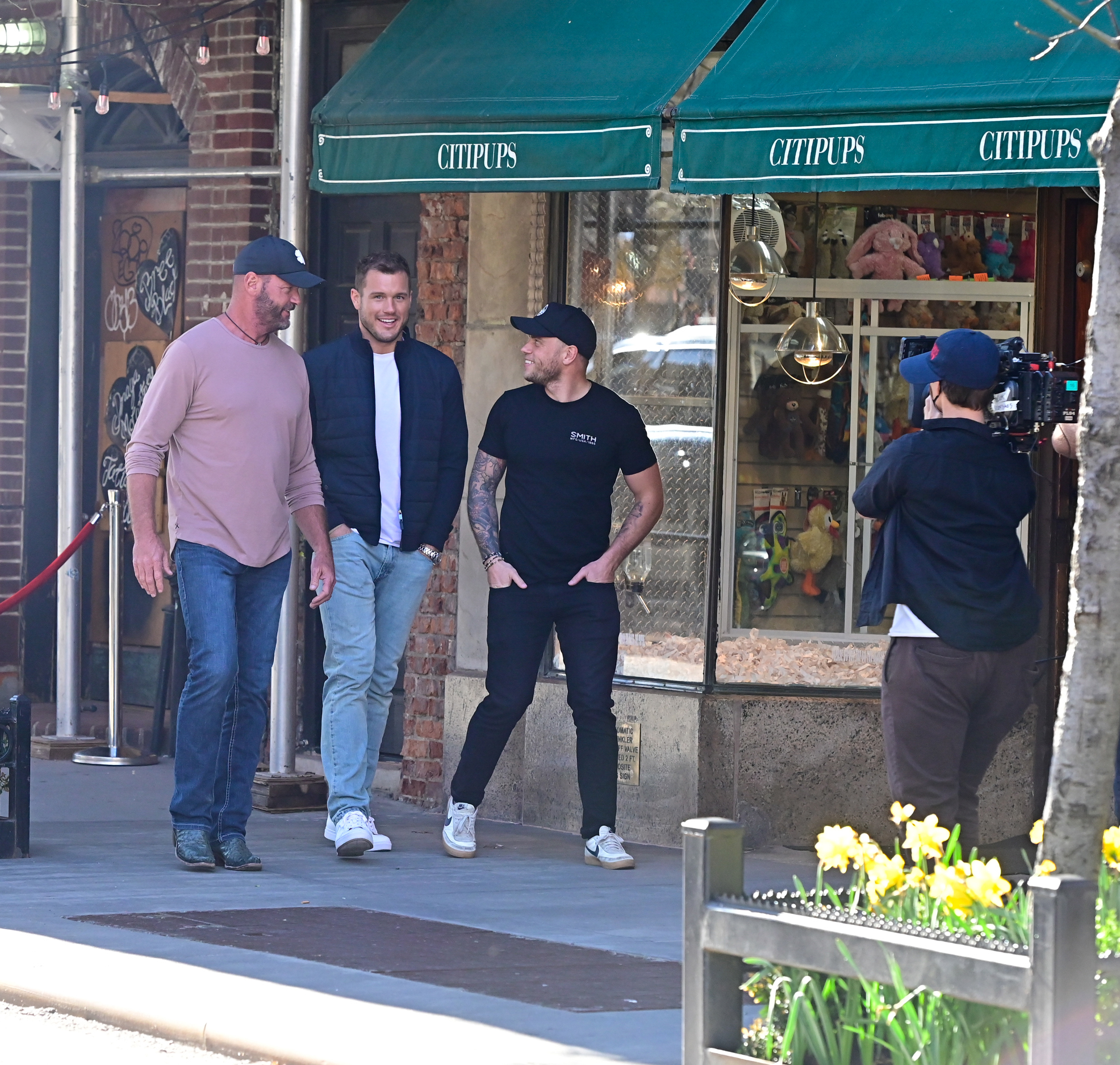 In a candid interview on Wednesday, Colton came out to Robin Roberts on Good Morning America.

"This year has been a lot for a lot of people. It's probably made a lot of people look in the mirror and confront what they were running from," he began.

He told Robin that he's now the "happiest and healthiest" he's ever been in his life after overcoming a bout of depression. 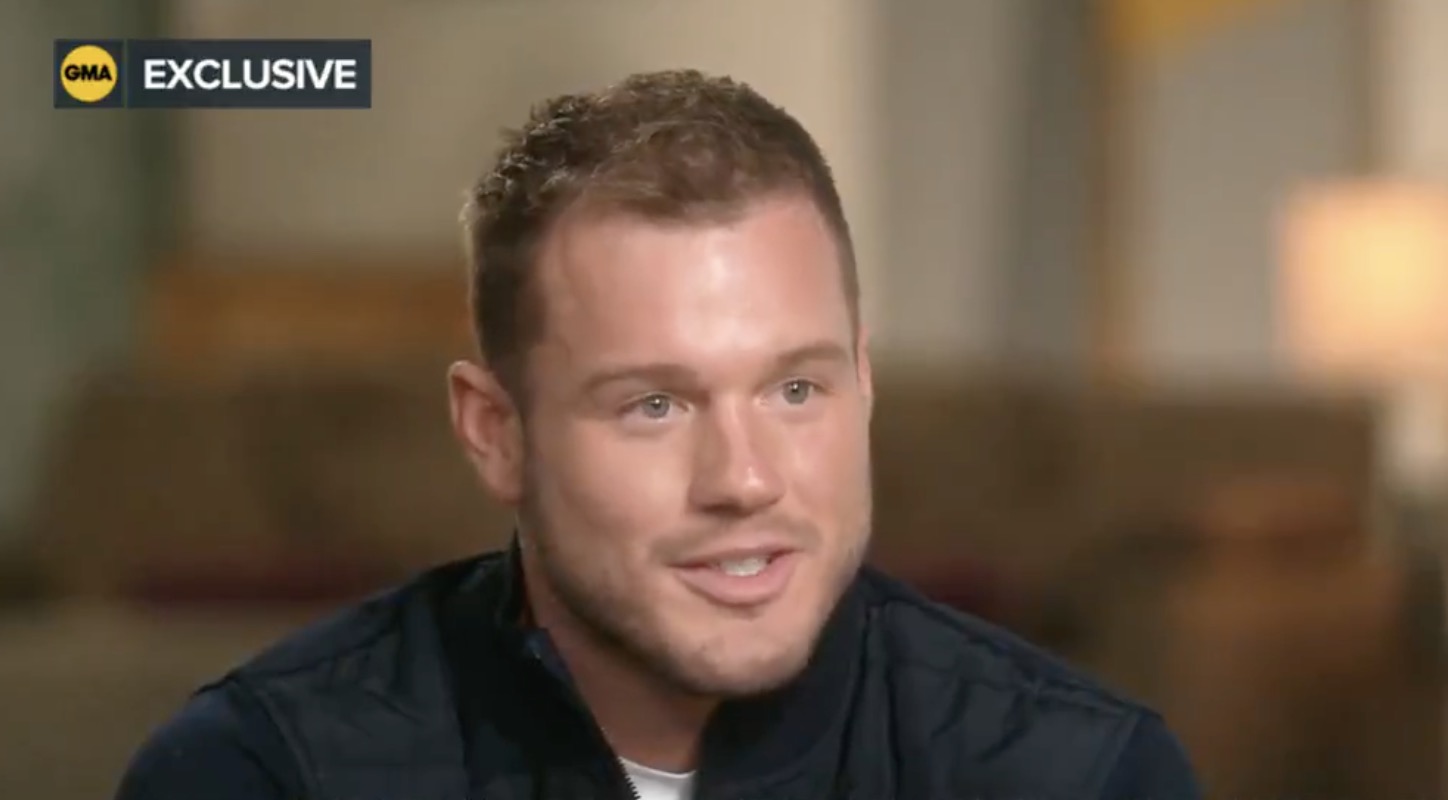 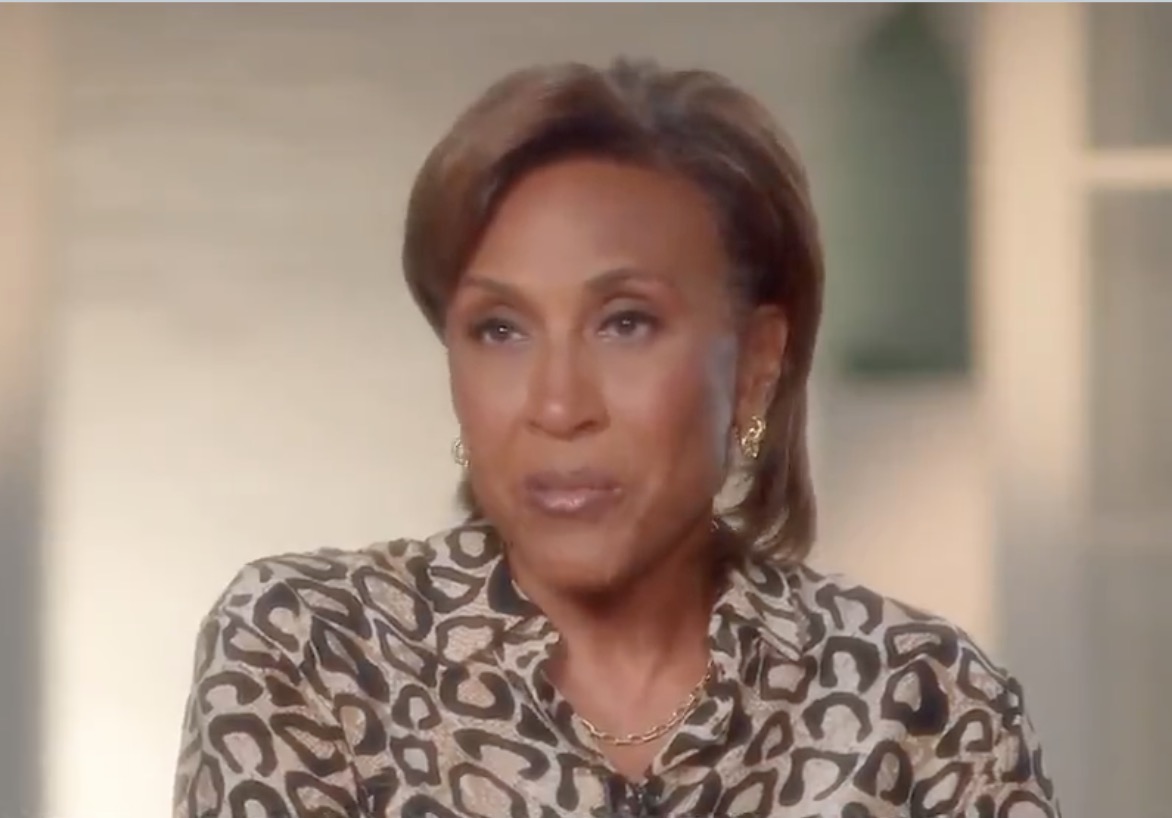 At one point, he claimed he would've rather died than admitted that he was gay.

When asked if he had ever harmed himself, Colton replied: "There was a moment in LA that I woke up where I didn't think I was going to wake up. I didn't have the intentions of waking up , and I think for me, that was my wake-up call of 'this is your life, take back control.'

"Looking beyond that, even just suicidal thoughts, driving my car close to a cliff and thinking 'if I drive my car off this cliff it's not that big of a deal…'"

"I don't feel that anymore," he declared.

Colton previously opened up about questioning his sexuality in his memoir The First Time, but denied that he was gay. 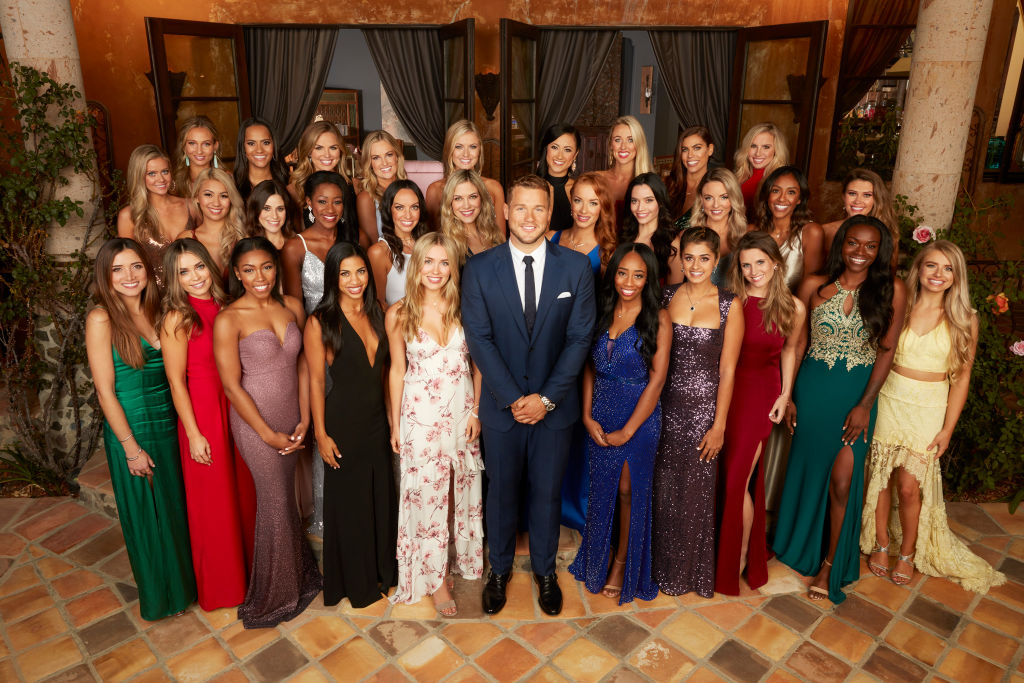 He recalled a particular experience in high school that he battled with throughout his life, in which he was "super insecure" and "thought he was gay."

The reality star revealed his classmates thought he may be gay as they questioned his faith and abstinence from sex, writing: "It was one of those things where you hear something so often, you start believing it.

"I thought, maybe I am gay. The captain of the football team should be having sex and drinking, right? But I wasn’t."

During his time on the ABC dating competition show, Colton fell head over heels for Cassie Randolph. 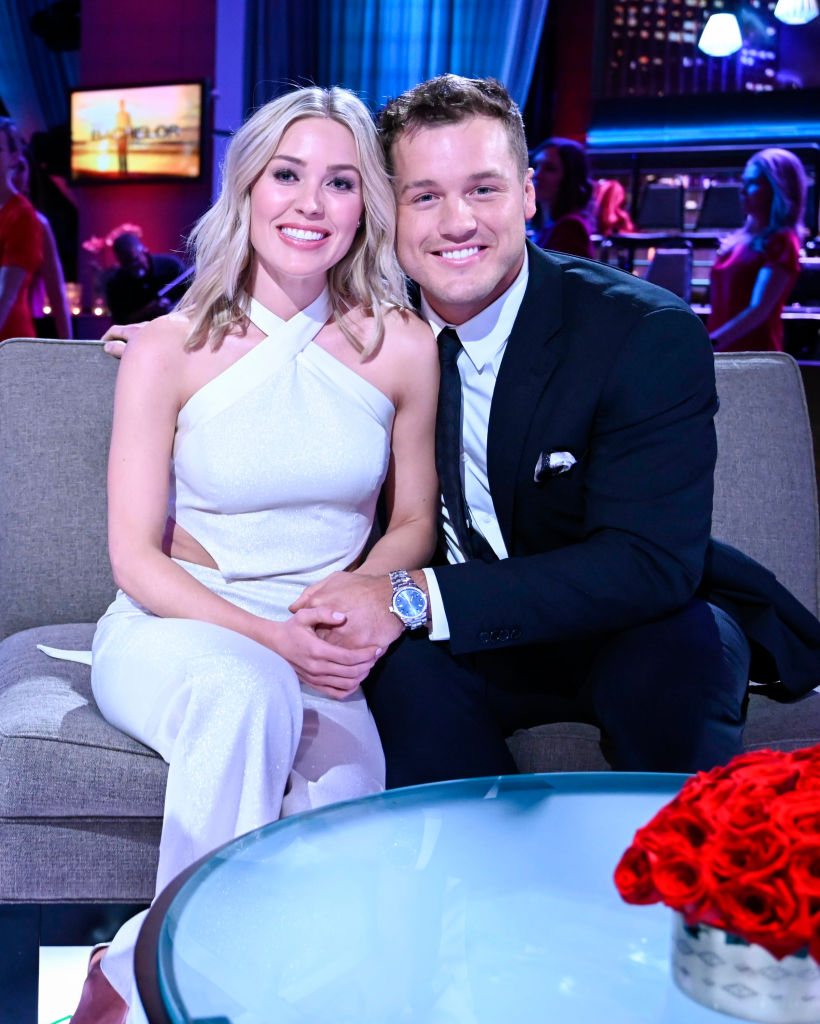 The pair dated for 18 months after the season finale of The Bachelor season 23, though eventually called it quits in May 2020.

Following news of their split, a source told People that the two had different priorities and ultimately knew they weren't going to work.

"Colton and Cassie just weren’t on the same page. Colton really wanted to settle down and get married – he’s been ready for a long time.

"And Cassie just wasn’t ready. They both knew it wasn’t going to work," the source said. 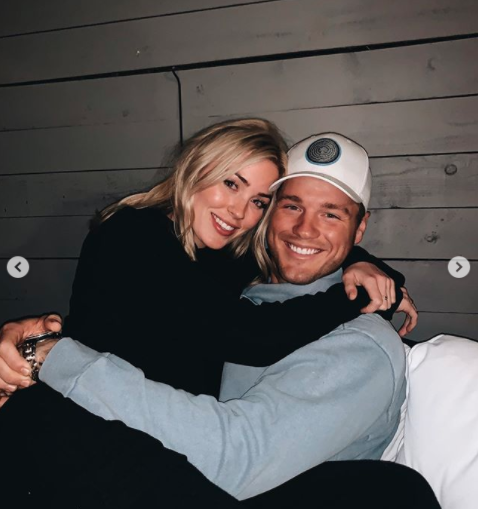 While the split was originally believed to be amicable, things got messy when Cassie, 25, filed a restraining order against Colton.

Back in September, Cassie accused Colton of "stalking" and "tracking her car."

She was granted a temporary restraining order that forced Colton to stay at least 100 yards away from her, in addition to her car, home, workplace, and school.

Colton apologized to Cassie, the winner of his season on The Bachelor, for involving her. 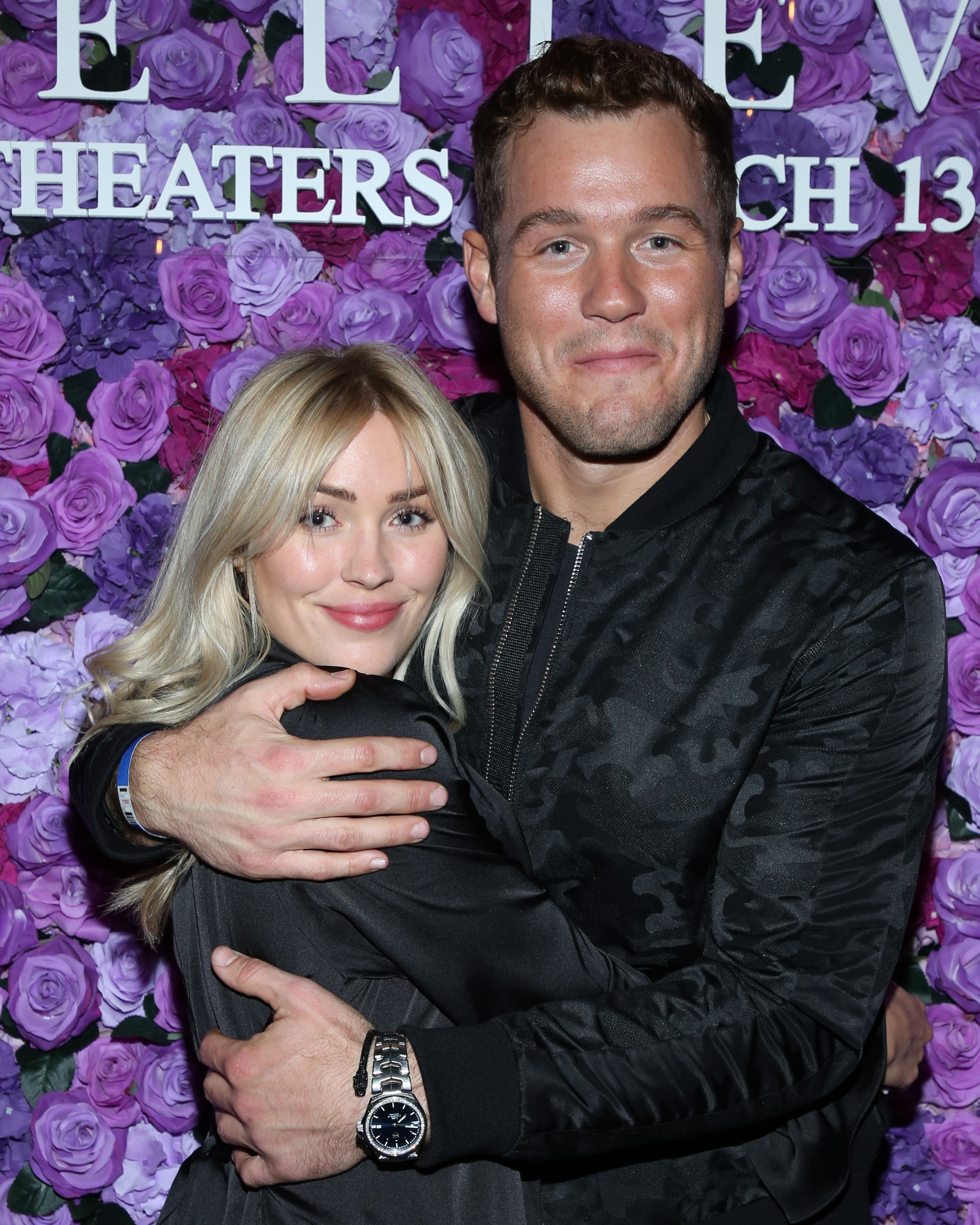 He told Robin:  "I would like to say sorry for how things ended, I messed up I made a lot of bad choices.

"I loved everything about her, and it's hard for me to articulate my emotions and going through that relationship with her because I obviously had an internal fight going on.

"I'm sorry for any pain and emotional stress I caused, I wish it wouldn't have happened the way it did. I wish I would have been courageous enough to fix myself before I broke anyone else."

He also told the other women who competed: "I would understand why they would think that way, I thought a lot of this too.

"Do I regret being The Bachelor? Or handling it the way I did? I do think I could have handled it better."

"I wish I had been courageous enough to fix myself before I broke anyone else."