Ticket sales totaled $134 million in North America, nearly doubling the opening for the first ‘Avatar.’ But Hollywood was expecting more. 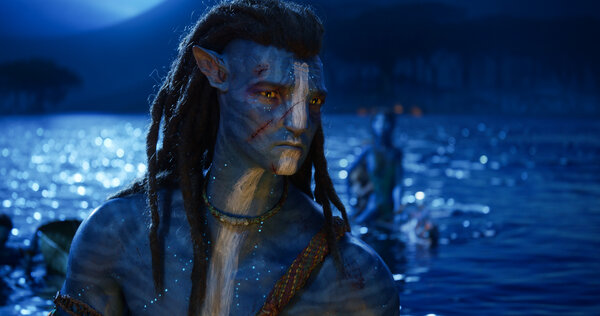 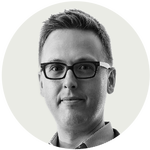 After three pandemic-battered years at the box office, Hollywood desperately wanted “Avatar: The Way of Water,” the sequel to the top-grossing film on record, to arrive like a ticket-selling tsunami. Surveys that track audience interest suggested that “The Way of Water” could arrive to as much as $175 million in opening-weekend ticket sales in the United States and Canada.

It was not to be.

The ultraexpensive event movie collected about $134 million at North American theaters over its first three days, according to Comscore, which compiles ticketing data. Directed by James Cameron and revisiting the fantasy world of Pandora, “The Way of Water” cost Disney an estimated $600 million to make and market. Three more sequels are planned.

But there may still be a way for “The Way of Water” to become a big, blue juggernaut — possibly even surpassing the $2 billion in global sales that Cameron publicly set as the benchmark for financial success, given the film’s stratospheric production and marketing costs. Consider what happened with the first “Avatar” in 2009. It arrived to a soft $77 million and went on to gross $2.9 billion worldwide.

“It’s not the kind of movie that you can analyze by looking at how the first weekend did,” said Richard L. Gelfond, the chief executive of IMAX Corporation. “It’s all about how it holds on. I think the legs are going to be really strong.”

IMAX is planning to play “The Way of Water” until the end of January, in part because there is very little competition until then. Studios typically flood theaters with spectacles at this time of year because the holidays leave so many people with time on their hands. But multiple event movies were pushed into 2023 because of pandemic-related slowdowns in production.

The Return of ‘Avatar’

The director James Cameron takes us back to the world of Pandora for the sequel “Avatar: The Way of Water.”

AMC Entertainment, the world’s No. 1 multiplex operator, has more than 100,000 showtimes and 10 million seats on sale for “The Way of Water” through New Year’s Day in the United States alone.

“The Way of Water” also arrived in cinemas in almost every international market over the weekend, collecting an additional $300.5 million, for a healthy global opening total of $434.5 million, according to Disney. It was the second-highest global opening for the year, behind “Doctor Strange in the Multiverse of Madness.”

The top international market for “The Way of Water” was China, where the movie arrived to $57.1 million in ticket sales, despite restrictions on theater capacity in some major cities because of coronavirus outbreaks. Also in China, IMAX delivered its biggest opening weekend marketing share ever, accounting for 27 percent of the box office in the country on only 1 percent of total screens.

In North America, an unusually large percentage of ticket sales for “The Way of Water” came from IMAX theaters and other premium-format locations, including those with 3-D presentation. Those venues accounted for 62 percent of the film’s domestic total, according to Disney. Some people may have had a difficult time finding tickets to such screenings — sellouts were common — and decided to wait, box office analysts said.

“The Way of Water,” an ecological parable that is a hybrid of live-action footage and specialized animation, has a marathon run time of three hours and 12 minutes, which may have been too much of a commitment for some people on the weekend before Christmas. But most box office analysts do not see length as a problem for “The Way of Water” in the long run, in part because reviews have been quite positive. Ticket buyers gave the movie an A grade in CinemaScore exit polls.

(The first “Avatar” was two hours and 42 minutes long. “The Lord of the Rings: The Fellowship of the Ring,” with a run time of three hours and 29 minutes, holds the length record for a no-intermission, wide-release film, according to Comscore.)

“Expectations aside, this is an outstanding opening,” said David A. Gross, a film consultant who publishes a newsletter on box office numbers, noting that “The Way of Water” arrived to stronger ticket sales than most superhero sequels. “The movie is set up for a very strong run,” he added.