Autumnwatch is an uplifting nature series on BBC Two, which acts as a spin-off to the original Springwatch series. The shows are broadcast live from various picturesque locations across the UK, and Autumnwatch quickly became a full series after a one-off special in 2006. Fans are keen to find out when presenters Chris Packham, Michaela Strachan, Gillian Burke and Iolo Williams will return.

Autumnwatch returns every year for four episodes, which are filmed at four different locations across the UK.

This year the presenters were in Machynlleth in Wales, Fife, the New Forest and South Yorkshire, where special hidden cameras captured natural behaviour of wildlife.

The series is considered to be the BBC’s biggest ‘outside broadcast’ event as it requires a crew of more than 100 people.

The 2020 season is due to come to an end on Friday, November 6, airing at 8pm on BBC Two, and in the episode Gillian will head to Cornwall to report on the return of some giant tuna.

Lolo will also be off to Wales to spot some leaping salmon, and the cameras will be following some gannets in Yorkshire.

Sadly the series will not be returning this year after the final episode has aired, as the four episodes only come around once a year. 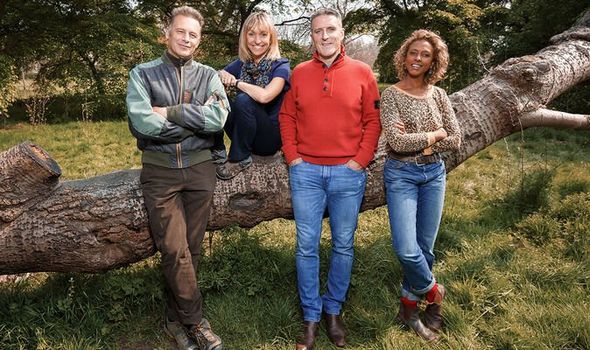 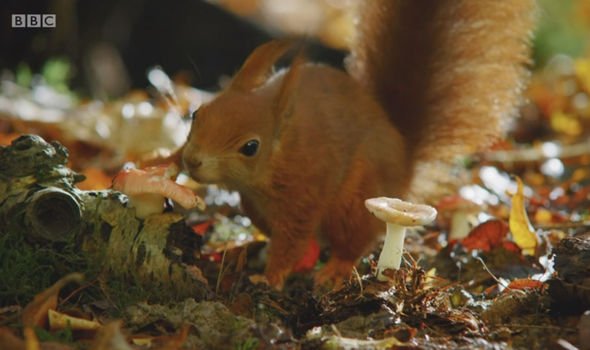 Autumnwatch will most likely be returning to the BBC in November 2021, following the usual schedule, but fans need not be disheartened.

They will be able to tune in to the next series of Winterwatch, which is another spin-off containing four annual episodes.

Winterwatch is usually aired in late January, so fans can expect the next Winterwatch series to air towards the end of January 2021.

With this in mind, they only have to wait a couple of months before they can get up close and personal witch nature again.

The Winterwatch presenters are the same as those who front Autumnwatch, so fans will be pleased to hear all the familiar faces will be returning.

The official BBC Springwatch Twitter account has been sharing plenty of updates so fans can stay in touch with nature during lockdown. 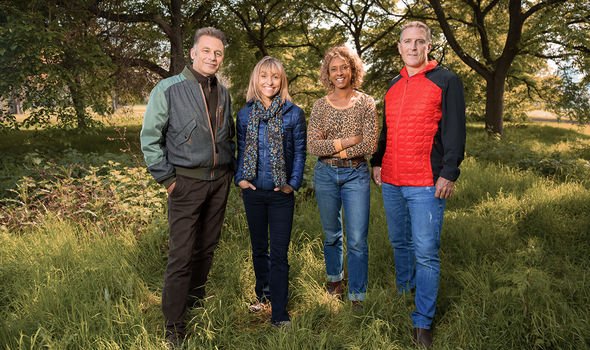 In a recent video tweet they said: “Hedgehogs are in a lot of trouble and have recently been classed as ‘vulnerable to extinction’.

“Our very own @HannahStitfall has been to her local hedgehog centre; @Prickles_Paws, to find out what’s led to their catastrophic decline…”

The series has become a perfect way for families to take their minds off the coronavirus pandemic, and the Twitter account has continued to provide plenty of calming videos.

They shared a video montage showing stunning aerial shots of nature, saying: “It’s time to take a moment to relax and unwind, with serene scenes from the beautiful Norfolk Broads.”

The videos have had thousands of views, with many viewers grateful for the escape, with one saying: “Stunning – as a key worker, throughout the 1st lockdown wood walks with my dog were my saviour!! Now, for the next lockdown autumnal colours- bright days, fallow deer, squirrels, squarking Jays & early frost are all helping me thru [sic].” 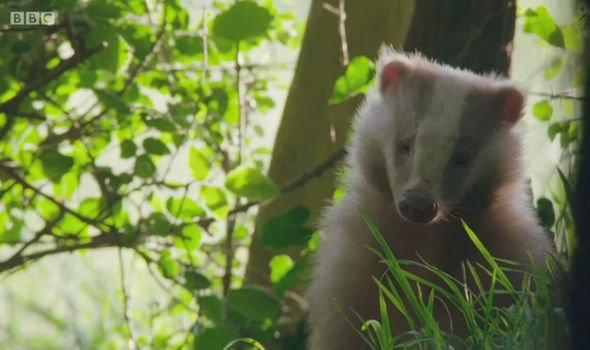 The series has done wonders for people’s mental health during this time, and it has encouraged many people to make the most of the outdoors.

The Twitter account said: “Did you know that spending time in nature can really improve our mental health, especially during the shorter, colder days of autumn and winter. Join naturalist, author and illustrator @silverpebble to find out more, on #Autumnwatch on @BBCTwo and @BBCiPlayer.”

Fans may be disappointed to hear Autumnwatch 2020 will be coming to an end for the year as of Friday, but they will be able to watch all the previous episodes on BBC iPlayer.

Towards the end of the final episode on Friday, Chris will be looking forward into January’s Winterwatch, so fans will get some insight into what to expect next.

Autumnwatch has run a number of surveys with the Woodland Trust since it started airing, including the timing of the first oak leaf tint and the dropping of conkers.

Viewers have watched on in awe as the new season has come in right before their eyes – witnessing miracles they may not have seen themselves whilst outdoors.

Autumnwatch has inspired many families to think twice about nature, with the preservation of hedgehogs becoming a popular talking point.

Due to the coronavirus outbreak, the 2020 series was filmed in locations near the presenters’ homes, as they were unable to travel far.

But this did not make any difference to the show’s viewership, as fans have loved tuning in for the twice-weekly episodes.

Even though Autumnwatch will not be returning until 2021, viewers still have Winterwatch and Springwatch to look forward to.