“I have some big news,” the Los Angeles Times lead film critic Kenneth Turan tweeted on Wednesday. “After close to 30 years in the most exciting and rewarding of jobs, I am stepping away from being a daily film critic for the Los Angeles Times. I will keep writing about film but at a different pace. To quote Ecclesiastes, ‘To every thing there is a season, and a time for every purpose under heaven.’ Looking forward to what’s to come.”

The outpouring of praise for Turan, who is 73, was intense and immediate. “The maestro takes a bow,” responded The New York Times lead film critic A.O. Scott on Twitter, who himself stepped down from full-time daily criticism on March 15 for one year, leaving that task to his fellow lead critic Manohla Dargis. In his case, taking the title of Critic at Large as he writes “bigger, cross-topic essays,” per The NYT, was long-planned.

But there was more to the response to Turan’s departure than one veteran hanging up his spurs. Before the pandemic, film critics were already struggling to survive in a fragile newspaper economy that whittled out hundreds of working critics. And since theaters closed down last week, critics are trying to figure out how to function in a post-theatrical world. Write essays about why movies matter? Recommend classic movies on TCM to watch at home? Review anniversary DVDs? Pivot to television and streaming? 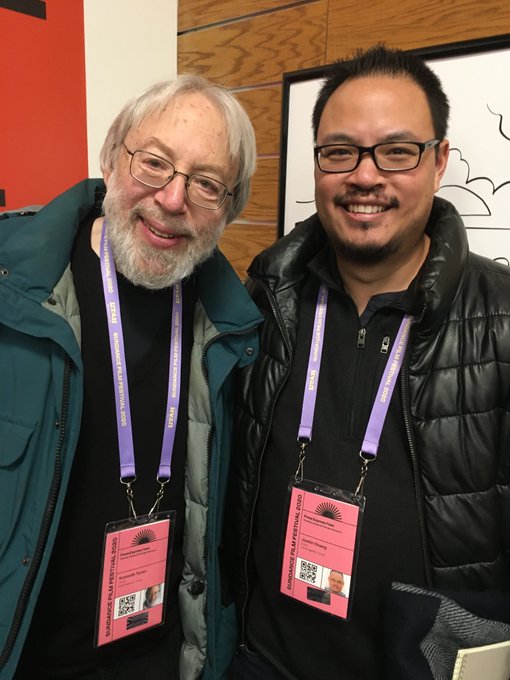 Turan opted out as a daily critic after almost three decades on the film beat. After joining the paper in 1991, the Brooklyn-born former book editor became known for refusing to revel in screen violence, a humanistic approach to movies, a deep understanding of how movies are crafted, and most notoriously, for panning Oscar-winning blockbuster “Titanic,” driving James “King of the World” Cameron into attack mode. Turan kept his job for 22 more years, outlasting fellow critics Sheila Benson, Peter Rainer, Kevin Thomas, and Michael Wilmington. His last review, on March 12, was of the German escape thriller “Balloon.”

The departing Turan promises to contribute film essays and think pieces, and leaves in place gifted critic Justin Chang, who moved over to the Times after paying his dues at Variety. How many other senior critics will look at their exit packages differently as there are no new Friday openings in theaters?

No matter when and how the planet emerges from this crisis, the world will never be the same. And on the Hollywood side, some movie theaters will survive, and some will not. The studios will continue to play their expensive movies in brick-and-mortar houses because that’s the only way for them to make their money. And reviewers are part of that necessary branding, especially for arthouses that need word of mouth to build a must-see title. “Without your movie in theatrical release,” said Sony Pictures Classics co-president Tom Bernard, “your movie is not the same. The rest is television.”

But there’s a strong likelihood that an already vulnerable movie ecosystem could emerge smaller and more fragile. Culture departments are all trying to figure out how to cover the arts during this challenging time.

Filing from home for The Boston Globe, critic Ty Burr soldiers on, reviewing the major on-demand releases every week, “curating the ones I think readers might be interested in,” he wrote in an email. (This week: “Swallow,” “The Banker,” “Inside the Rain,” and “Bacurau,” which is showing via Kino Lorber through the websites of 80 different indie arthouses, including Boston’s Coolidge Corner.) “Also writing a column on free streaming movie options. Next week? Who knows — I’m figuring it out as I go along. But, interestingly, this is less of a jolt than I was expecting. The slow-burn distribution revolution I was expecting might actually turn into a fait accompli and a coup d’etat.”

For his part Wall Street Journal critic Joe Morgenstern is staying put (at home in Los Angeles) in advance of his 25th anniversary at the paper on May 1. “I never imagined I’d be spending it this way, an insistent big-screen apostle watching movies on the flat-screen display — the quite gorgeous display — in my living room,” he wrote in an email. “And I’m as horrified and frightened as everyone else by what’s going on around us. But the reporter in me, as well as the critic, can’t pass up a chance to write about this hurtling transformation of the movie business. I keep wanting to see what comes next.”