Even as COVID-19 infections seem to reach new heights on a daily basis, theatrical grosses remained stable; the top 10 accounted for a little less than $11 million. By every other macrostatistic, however, the results remain unsustainable.

The disappointments this weekend start with “Freaky.” Trying to predict what the Blumhouse Prods. horror comedy would do was an inexact science; in recent weeks, $4 million has been the ceiling for a wide release. The hope was a more mainstream entry like this one could see $6 million or better.

At $3.7 million, it didn’t. Is it the increased resistance to going out? Awareness that it will be available on PVOD in three weeks? Horror-film burnout? Lack of interest?

Most likely, a combination of all four — but the net impact is an argument that it is suicidal to release a film in theaters unless it’s meant as a loss-leader strategy.

That could be the case for “Freaky” as well as two other Universal titles that took #1 the last two weeks: “Let Him Go” and “Come Play,” both which also go PVOD soon. Those three titles provided about 60 percent of the total gross this weekend.

Amid the disappointing numbers, “The War with Grandpa” stands out as a relative exception. It held on to the third spot, with the comedy only falling 12 percent and passing $15 million total. It has a shot at hitting $20 million, something three titles (led by “Tenet”) have achieved this year. Certainly, theatrical exposure will help it become a profitable release in difficult circumstances.

Beyond that, there is no case to release films now. Whether they wait for better times or seek alternative platforms, either is disastrous; trade association NATO made it clear that theaters are on the brink of collapse and bankruptcy.

Another view on the insensate marketplace lies in several key specialized releases. This weekend marked attempts by Neon, Sony Pictures Classics, and Netflix — all top providers of adult, awards-oriented films — to reach arthouse audiences and beyond. Despite generous press coverage, they met near-total disinterest.

Per exhibition and distribution sources, all three new arthouse releases — David Fincher’s “Mank” (Netflix), “The Climb” (Sony Pictures Classics), and “Ammonite” (Neon) did similar business. This is not good news.

“The Climb” went widest of the three, with 408 theaters, totaling $104,000. “Ammonite,” starring Kate Winslet and Saorise Ronan, was in 280, for $85,000 and a slightly higher per-theater average. Netflix, per usual, reported no grosses and blocked release of individual theater results. It played around 75 theaters, about half in Canada but none in New York or Los Angeles (the closest were Hoboken and Orange County, respectively). All were in the range of $300 per theater or less for the entire weekend.

Wider-than-normal releases, and going nationwide the first week, diluted the totals. Under normal circumstances, they would likely have opened in four theaters in the two key markets, with per-theater averages over $30,000.

In the case of “Ammonite,” there’s logic for a loss-leader strategy with its PVOD release December 4 (the same day “Mank” hits Netflix). “The Climb” hasn’t announced any such plans, but the precedent is three weeks is the now accepted window.

“Mank,” “The Climb,” and “Ammonite” are canaries in the coal mine for near-term awards hopefuls. Attention certainly is being paid, and others may reassess the best way to release their top titles. Those studios that do stick with their release dates may be viewing theaters as a promotional tool for near-future PVOD and streaming availability. Even as the films feed starving theaters, that approach does not help their long-term viability. 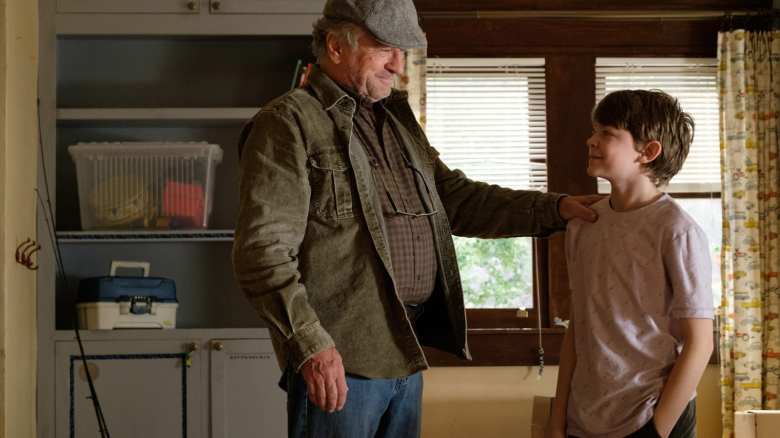 “The War With Grandpa”

7. Guardians of the Galaxy (Disney) REISSUE

Sign Up: Stay on top of the latest breaking film and TV news! Sign up for our Email Newsletters here.