The former rock and roll security guard appeared on the BBC show with a range of items he had acquired during his time working for a variety of musical icons. 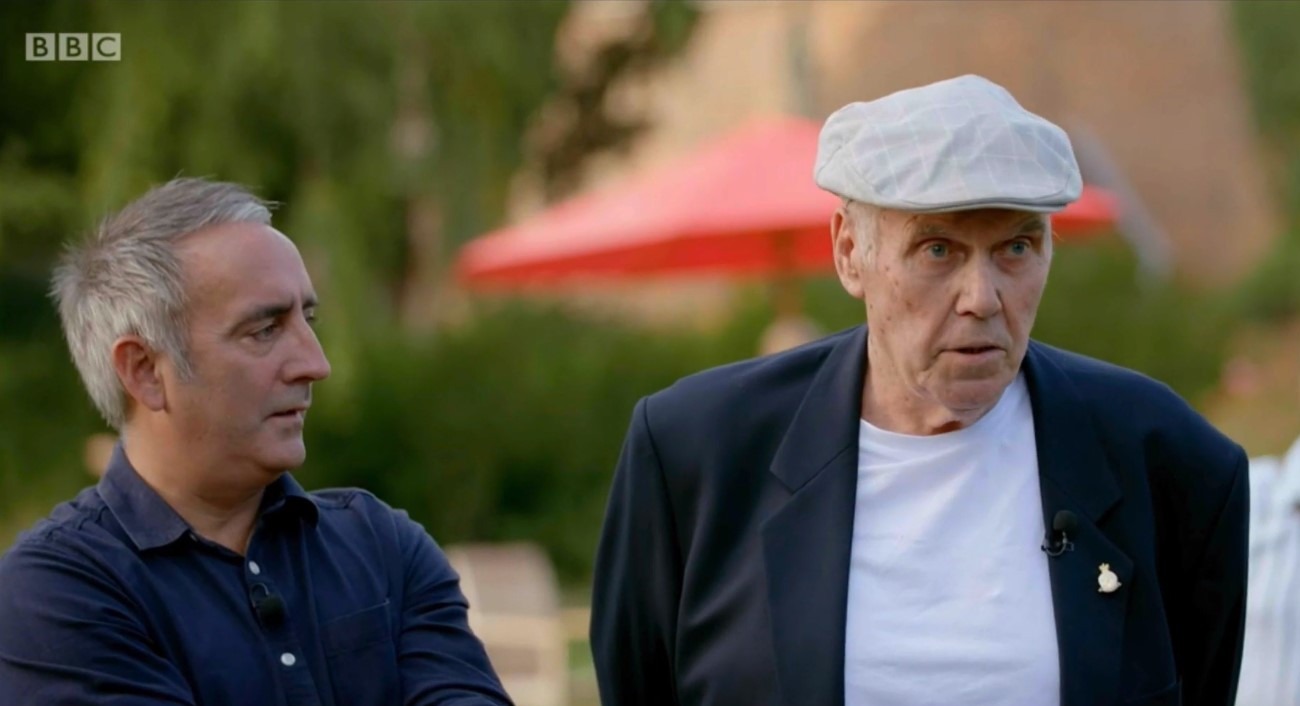 Guest Jim showcased his impressive collection of signed posters – expert Jon Baddeley was thrilled to examine the pieces and valued it at a whopping £20,000.

Jim, who also worked with David Bowie, Led Zeplin, the Monkees and Bob Dylan, had some incredible stories to share.

Art auctioneer Jon was impressed with the collection and said: "We've got this fantastic [Andy] Warhol image of Mick Jagger, dedicated to you.

"And it says 'to Jim, thanks for all your help, especially at the lighting board!' What does that relate to?" 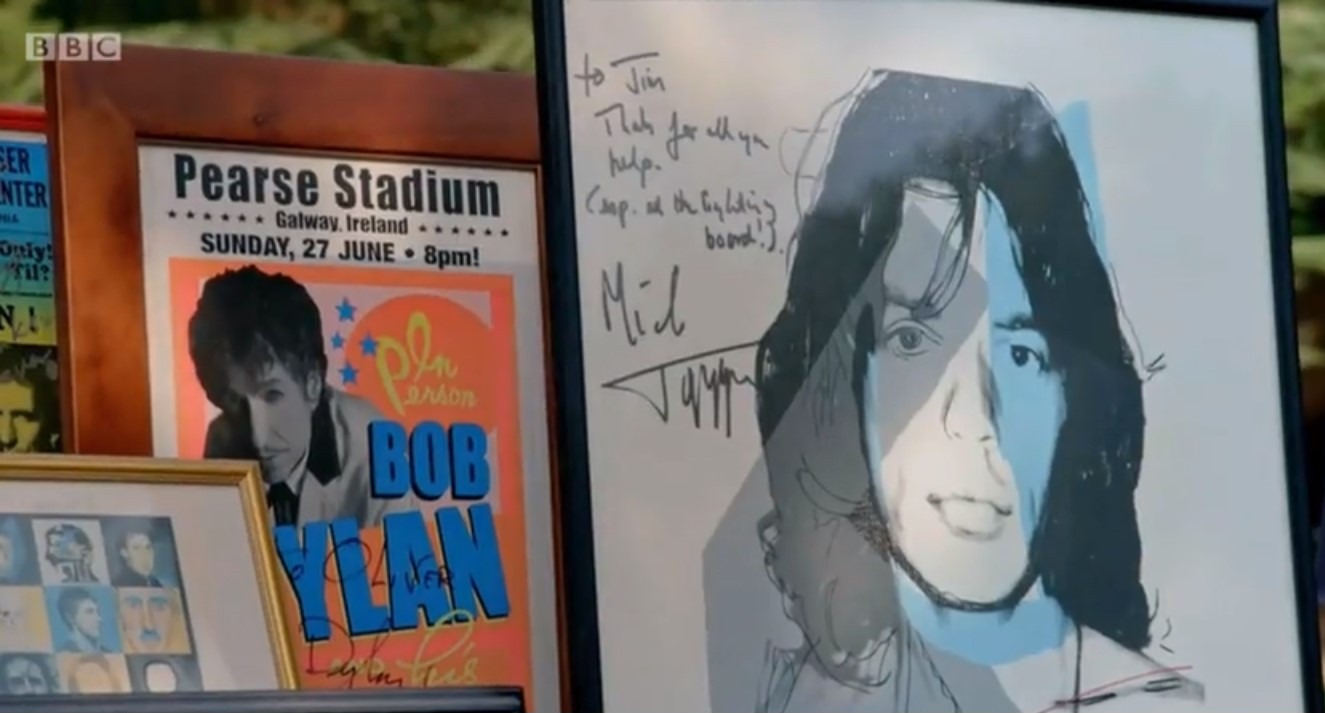 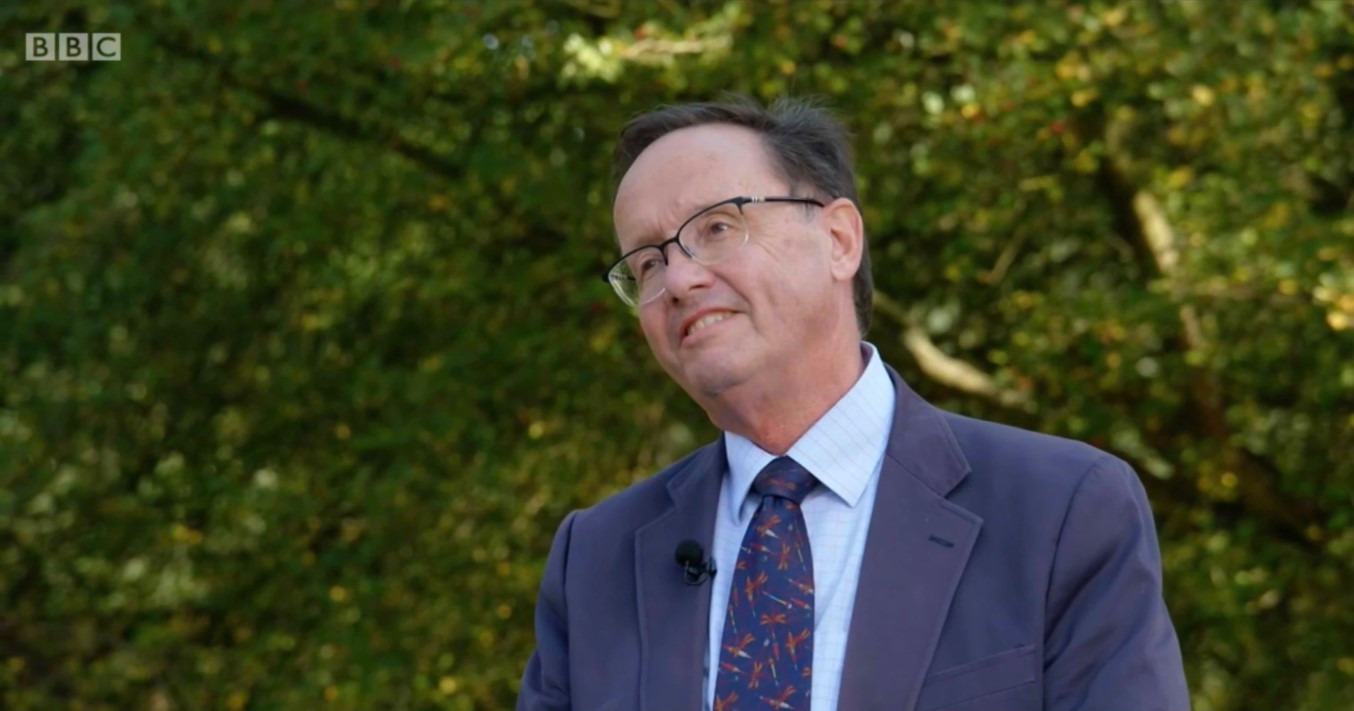 Jim explained the backstory which saw him save the life of Rolling Stones star.

He explained: "Well, what happened was we were in Japan and Mick surprised me by saying he wants to go from the lighting board to the stage, [he said]: 'so you've got to get me out there and get me back to the stage.'

"So we carried him to the stage – the crowd just went barmy, they just went mad. 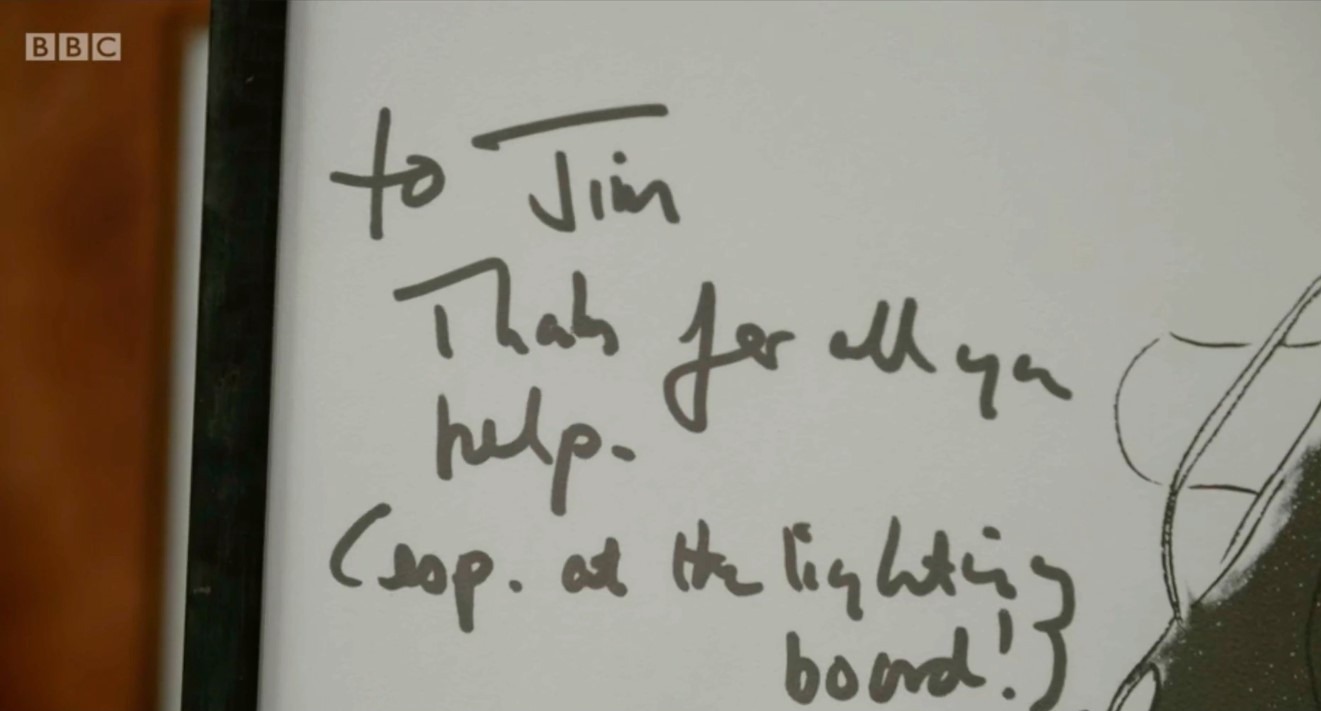 He continued: "I've got to take my hat off to him, he finished the show off, the crowd went wild – it was good.

Jim explained that the band went onto finish the show before coming out to thank him.

Expert Jon was particularly impressed by four small postcards – all portraits of Mick Jagger by Andy Warhol, and a big format print of these. 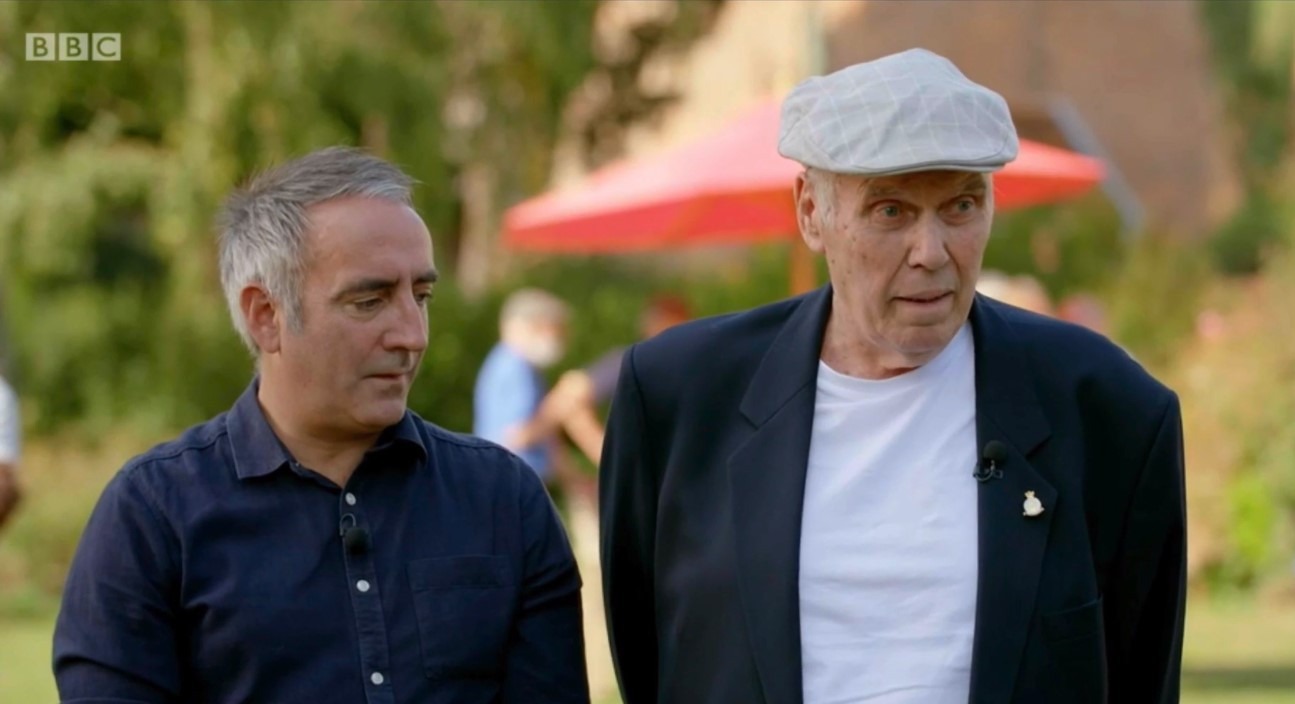 He explained: "But what makes them very, very special is they're actually signed by Warhol and by Jagger.

"The postcards are not that rare but to be signed by both is very, very special."

Jon explained: "So this is just part of your collection that you brought along today but you've told me about the others, shown me the photographs – not all of it's on view now but we're talking about a figure of between £15,000 and £20,000." 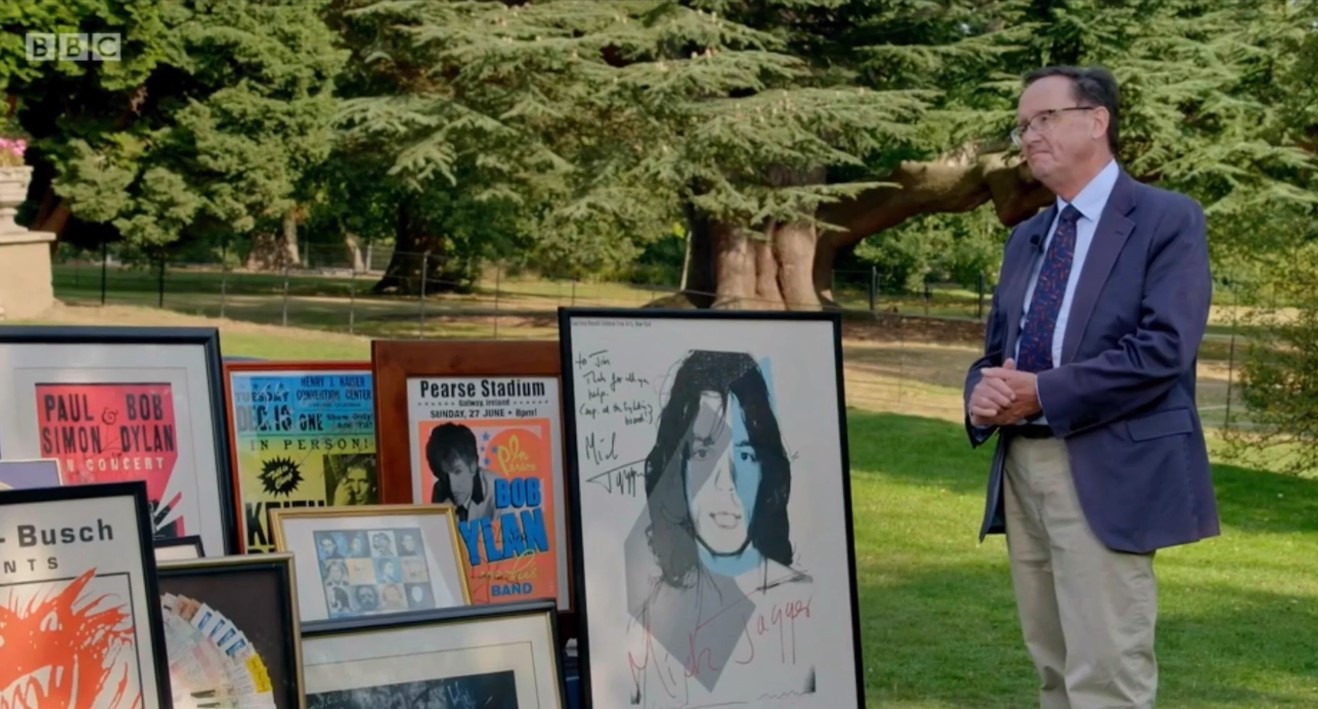 Jim was blown away by the valuation, replying: "Praise the Lord!"

Recalling his career, Jon commented: "You must have amazing memories."

"I'm putting it all down," Jim replied. Jon agreed: "It needs to be put in a book. You've just given us a few stories but rock memorabilia keeps going up and up in value."