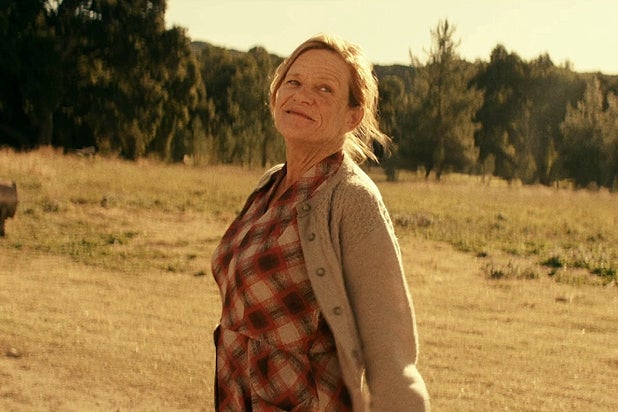 (Below are details spoilers for “Covenant I,” the fifth episode of the horror series “Them” on Amazon)

Halfway through the first season of Amazon Prime Video’s “Them,” we finally start to get some answers about what’s really going on in this story. That’s because this episode is all flashbacks exploring, essentially, how the Emory family ended up where they are. We start with a pretty lengthy rundown on redlining and other methods of housing discrimination — and see how the deal they made on their house in East Compton is hugely predatory. And we also get the story of why the Emorys moved to California thanks to the horrifying “cat in a bag” scene.

It’s not, uh, a fun story. We saw a little bit of these scene at the very beginning of “Them,” but we didn’t see how it played out then. Unfortunately, we do get to see it in this episode.

Lucky (Deborah Ayorinde) is at home in North Carolina alone with Chester, the Emorys’ new baby boy — since Chester isn’t seen on “Them” before this moment, the dread is very real — while Henry and the girls are at a movie. Then an older white woman wanders up singing a creepy old song. The woman (Dale Dickey) pets the Emorys’ dog, Sergeant, and is generally just acting like she just randomly wandered over to say hello.

But then we hear Chester begin to cry from inside the house. And the woman tells Lucky that she wants to take him home with her. Lucky isn’t into that, of course.

But the woman won’t take no for an answer. She comes back with two burly white country boys, and they menace Lucky and Chester while Lucky tries to hide. But they do manage to find the both of them, and things go very, very badly from there.

One of the men rapes Lucky, and at the same time the white woman has tossed Chester into a pillowcase and plays a game she calls “Cat in a Bag.” This “game” consists of swinging the bag around wildly and tossing it around the room — with baby Chester inside. This scene feels like it goes on forever, with the woman chanting “cat in a bag” over and over and over and over.

But eventually she stops, because Chester has died and has begun to bleed through the bag.

The event is so traumatic that Lucky can’t bear to live in that house anymore, and she spends more of her time in the storm shelter out back than she does in the house afterward. Until Henry gets a job in Los Angeles and the whole family can put North Carolina behind them.

The entire sequence from when the men find Lucky to then end of the scene is just four minutes, but it feels like an hour.

This “cat in a bag” deal is not, as far as we know, some common old timey method of torturing animals or people, though considering how much cats dislike being constrained this is no doubt something that at least some people have done. Humanity does, indeed, have a long history of doing terrible things to other people and animals alike. But as with everything on “Them,” this sequence is constructed the way it is because it’s trying to tell you something.

It’s a key distinction to make in order to get a better grasp of how white folks give themselves permission to be racist. While people tend to be less overt about it these days, this belief certainly persists and underlies so much of modern conservative thinking. White people (“us”) are the baseline for people, and Black people (“them”) are less than that.

This is not something that “reputable” people explicitly say out loud anymore, but it doesn’t have to be. For these white folks it’s simply understood on a subconscious level. It’s the subtext that defines so much in our society.