The Britain’s Got Talent judge is visibly terrified as dance troupe The Coven sneak up behind her for their spooky performance in tonight’s semi-final. Amanda Holden is focused on the stage when a young dancer dressed all in white with dark paint around their eyes, approaches her from behind.

The young dancer, who performs as a witch, can then be seen prodding the judge with a stick.

Horrified by the surprise, Amanda can be heard screaming loudly as she wasn’t prepared to scared in such a way.

As the dancers move towards the stage, Amanda exclaims: “Oh God!”

But it wasn’t just the 49-year-old who was surprised as the dancers also crept up on Alesha Dixon, David Walliams and Ashley Banjo. 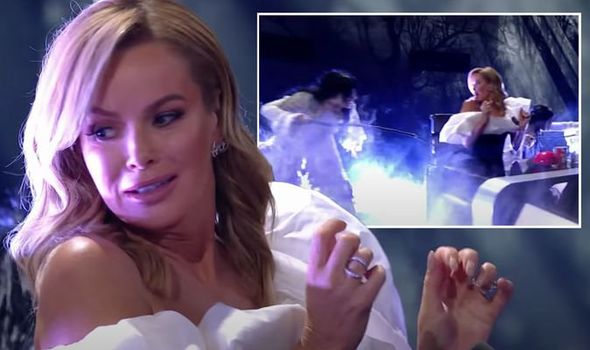 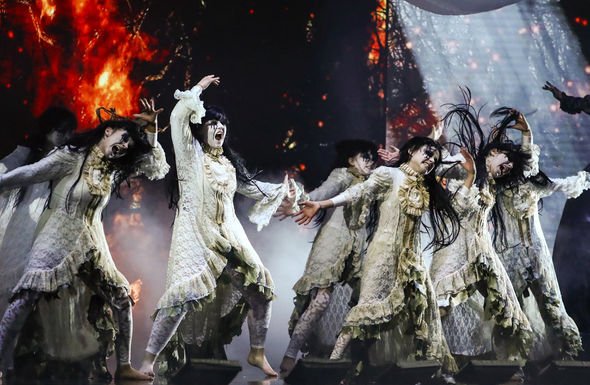 In a preview clip from tonight’s episode, once the group have scared the judges, they launch into a high-energy performance.

Despite the hair-raising entrance, the judges are enthralled by the performance.

Also taking to the stage to show off their dance moves this evening are duo Aaron and Jasmine.

The pair have incredible chemistry as they perform a fiery routine. 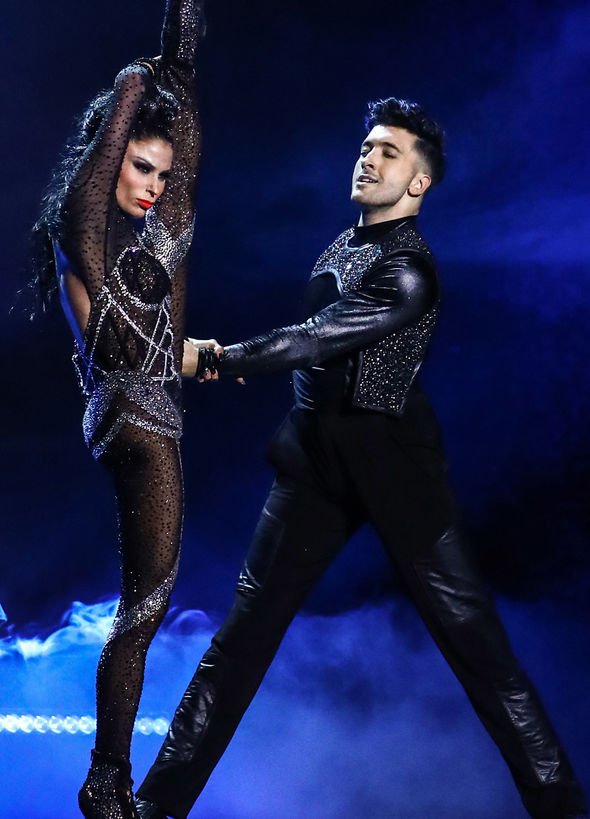 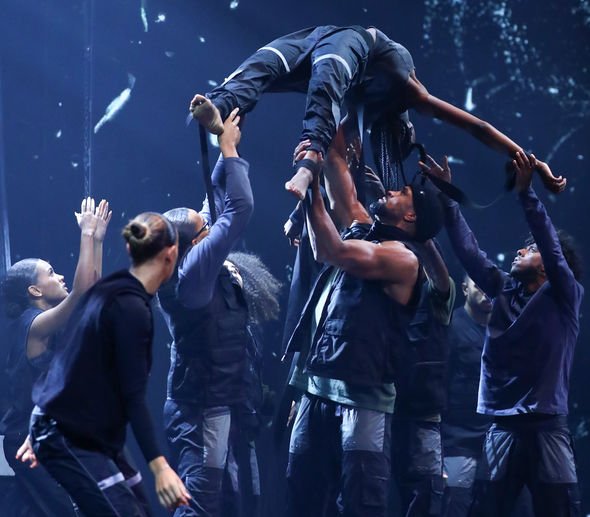 Dressed in a skintight black sparkly catsuit, Jasmine shows off her flexibility as she lifts her legs above her head.

Meanwhile, Aaron shows his strength as he spins Jasmine around as she locks her legs around his neck.

It’s clear from their performance they are doing everything they can to earn a place in the semi-final – but will it be enough?

The judges certainly appeared to enjoy the routine as the duo can be seen performing a number of sultry moves in front of the panel.

“Let’s go!” judge Ashley yells out as fire appears on the stage.

Tonight’s second semi-final comes after Ashely took to the stage with Diversity, who won the show in 2009.

Despite highlighting an important issues, Ofcom received a staggering 15,500 complaints from viewers.

Can’t see this Brexit poll? Click here to open in your browser

The routine referenced the death of George Floyd, an unarmed black man, with a dancer kneeling on the neck of Ashley.

Responding to backlash over the performance, Ashley told his Instagram followers: “In the present moment though there is still so much to say … But I will just let this performance say it for me.

“For the thousands of supportive messages of love and inclusion – thank you.

“And for the thousands of messages of hate and ignorance I’ve received – thank you … You highlight exactly what needs to change and why this was so important to me and the rest of [Diversity].”

Britain’s Got Talent airs tonight on ITV at 8pm