The first season of After Life became an instant hit when it premiered on Netflix last year. From the mind of Ricky Gervais, who stars as main character Tony, the first season had viewers in fits of laughter as well as tears. Therefore, anticipation for more episodes was always going to be sky-high and Ricky has now delivered.

The second season of After Life premieres on April 24 on Netflix with six all-new episodes.

Ricky is back as the grief-stricken Tony who continues to battle with depression following the death of his wife Lisa (Kerry Godliman).

Alongside Ricky is the majority of the first series’ cast, from Postman Pat (Joe Wilkinson) to Brandy the Dog.

While the second season delivers on the tears as well as joy, Ricky has hinted fans won’t have seen the last of Tony in an interview with GQ. 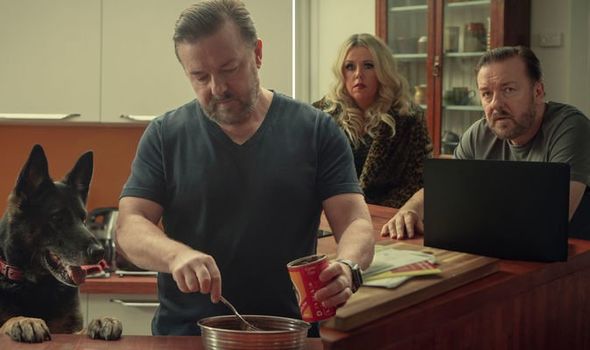 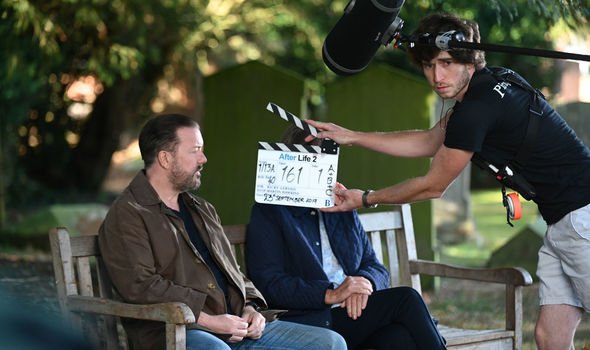 Ricky told the publication: “Yeah, this is the first time I want to do a third series of anything I’ve ever done.

“The world’s too rich. I don’t have to go over old ground,

“There’s 10 characters who could be the lead in something.

“The first [series] was establishing a central character going through the world almost as if it’s a videogame.” 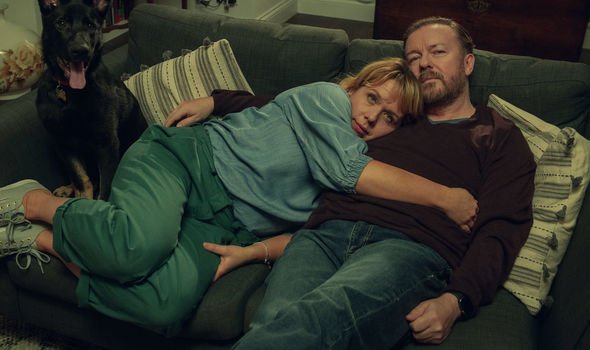 Ricky added: “Now there’s lots of ‘meanwhiles’. It’s like [The Simpsons’] Springfield or something.”

Does this mean fans won’t only get a season three, but perhaps a season four and beyond?

Ricky is notorious for creating award-winning series which tend not to outstay their welcome on-screen.

His and co-writer Stephen Merchant’s BBC hit The Office only ran for two seasons and a Christmas special – despite winning two Golden Globes.

He and Stephen teamed up again on Extras which, again, only ran for two seasons.

While Stephen isn’t part of the After Life process, it still hasn’t stopped the series proving a success.

Ricky will be joined by a number of returning After Life cast members when season two gets underway.

His boss and brother-in-law Matt (Tom Basden) is back to try and restore some balance into Tony’s life.

After Life season 2 is available to stream on Netflix on April 24.