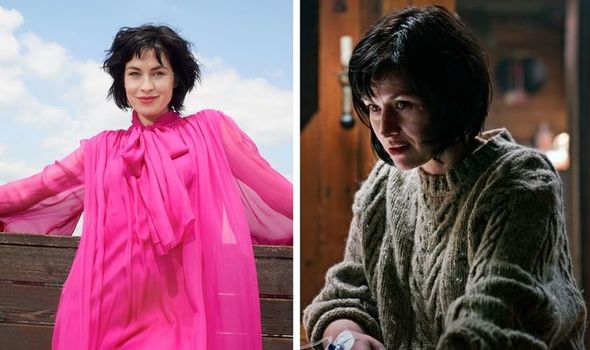 She’d been working as an actress for 10 years by that point – bit parts in The Bill and Doctors and all the usual rites of passage for any fledgling thespian – but nothing that stuck or made her feel the constant juggle between waitressing to pay the bills and auditioning to fulfil her dream might finally be paying off. It takes a thick skin to deal with the constant knockbacks of an actor’s life and, frankly, she thought maybe it wasn’t for her.

“Sometimes I think I’m in the worst industry for me,” she laughs, an enormous cup of tea in hand at her flat in north London, where she’s in lockdown with her four-and-a-half-year-old daughter and their au pair.

“I’d just started a cake business back then and I got my first big event to cater – I thought maybe this is the road I should go down.

“I always thought it was a bit of a fluke when I got parts.

“Part of me still thinks that now.

“I’m shy and I’ve had to really work at trying to fashion some kind of confidence.” 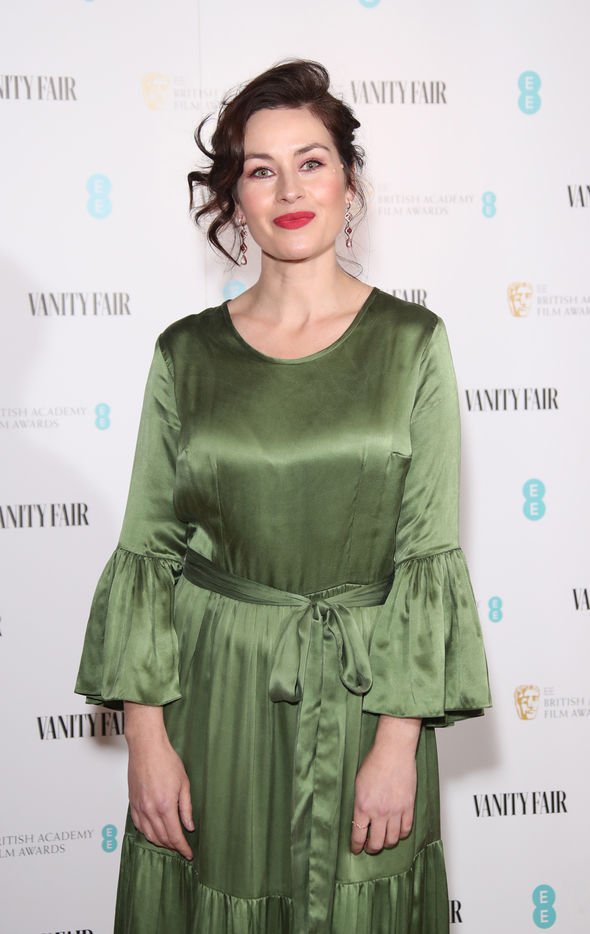 Thankfully, she didn’t give up.

Instead, she got a new agent, worked on that elusive self-belief and 10 years later she’s having exactly the sort of year she’d always hoped for.

It started in January with White House Farm, based on the notorious murders of the Bamber family, and soon there will be Channel 5’s remake of All Creatures Great And Small, which took her back to her Yorkshire roots and gave her a chance to play someone completely different, wholesome and bubbly.

“The ‘me’ I haven’t got to play before,” as she describes it.

Then she landed the big one.

It’s based on the 1970s series of the same name and is a show with so much belief behind it that it’s already been commissioned for a second season. 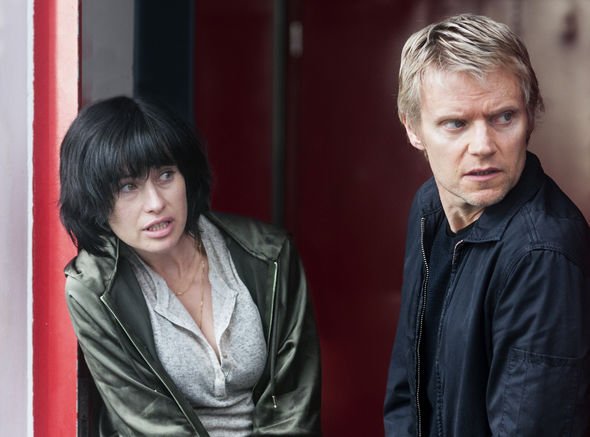 “That was the thing I’d been waiting for,” she says of her role as Lucienne Hassell, right-hand woman to Warren’s Van Der Valk.

“It was the most challenging job I’ve done in terms of the schedule and the script, learning lines while trying to parent.

“Things like when you all get nits and you’ve to spend six hours getting them out of everyone’s hair before you go to work, or the night my daughter fell out of bed and we had to find a hospital and still get up at six to be in work and on top of everything.

“So, yes, it was challenging and exhausting.

“But it was brilliant and I totally fell in love with Amsterdam. And there was scope to bring some ideas to the script and I’ve not really felt that for a long time.” 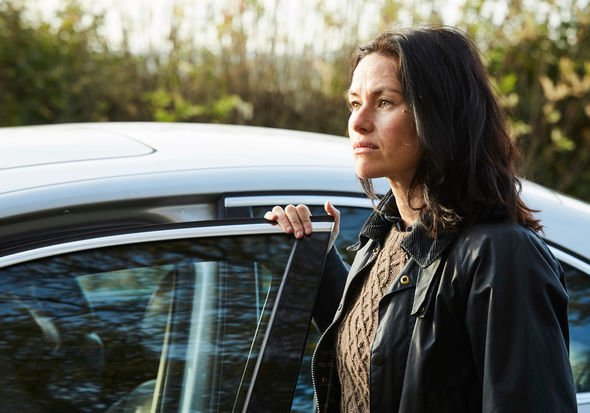 Maimie, 41 this week, previously worked with Marc on BBC period drama The Musketeers, in which she appeared for two years.

It was that series, she says, that acted as a gearshift in her career, opening the door for auditions that had previously proved difficult to get.

It led to parts in Grantchester, DCI Banks and A Confession, but while it gave her a leg up, she’s aware that every role she goes for is still a battle. 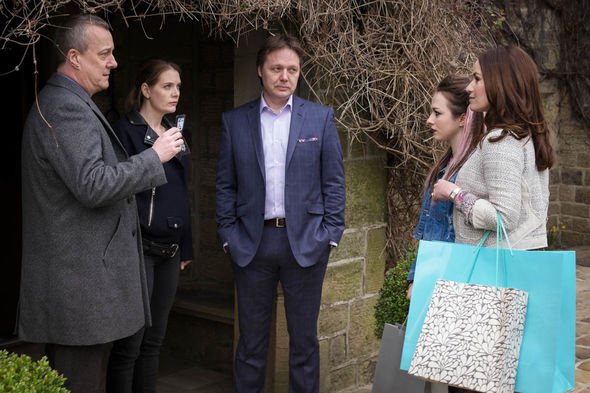 “You realise there are so many waves to a career,” she says.

“And it’s very easy to drop out.

“Every time you get to the next level it’s even more competitive, even though there are less of you at that stage.

“You fight for every audition. There’s no let-up.

“It’s just brutal and it gets harder and harder.

“But I spent most of my twenties not working as an actress and working in a juice bar, so I’ve grown up with that.

“Your earnings can go all over the shop with acting and even after The Musketeers I started waitressing again.

“I did it again before Christmas – not because I needed to, but because I get to work with a group of mates and I enjoy it.

“I take great pride in the service industry, my family’s all in it and it’s been vital and important to us.”

The constant hustle for work also saw Maimie return to her role as Milady on The Musketeers just 10 weeks after giving birth to her daughter.

“I was really cash poor at that point, I didn’t have any money and so it was a real necessity to go back to work,” she says.

“I remember when she was five weeks old, a massive show having a recall and it was set in the 40s, so I had all my curlers in, got on the tube with my daughter, carrying the pram down the stairs.

My friend met me at the other end and looked after my daughter while I ran across the road, did my frock and my hair in the toilets and did a screen test… and I still didn’t get it. 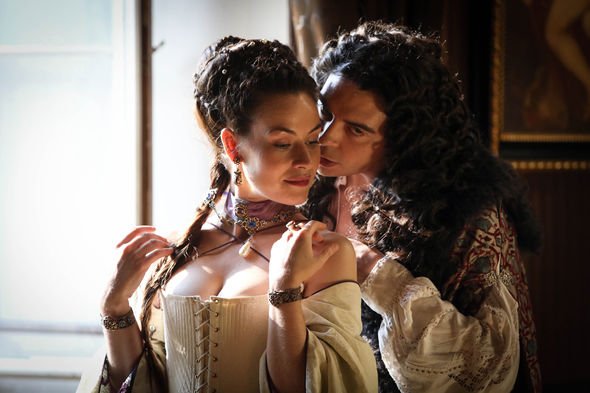 Maimie’s been single parenting for the past two years, although she remains close to her ex, who lives nearby.

Motherhood is clearly a great joy to her and she’s been using the recent time at home with her daughter to get creative, baking and playing, while trying to home school in a small flat with no living room.

If it sounds stressful on paper, that’s not how she makes it seem.

“Part of me feels like I’ve spent my almost 20 years as an actress preparing for lockdown by being unemployed,” she says.

“It makes you very good at being at home, being creative with your time.” 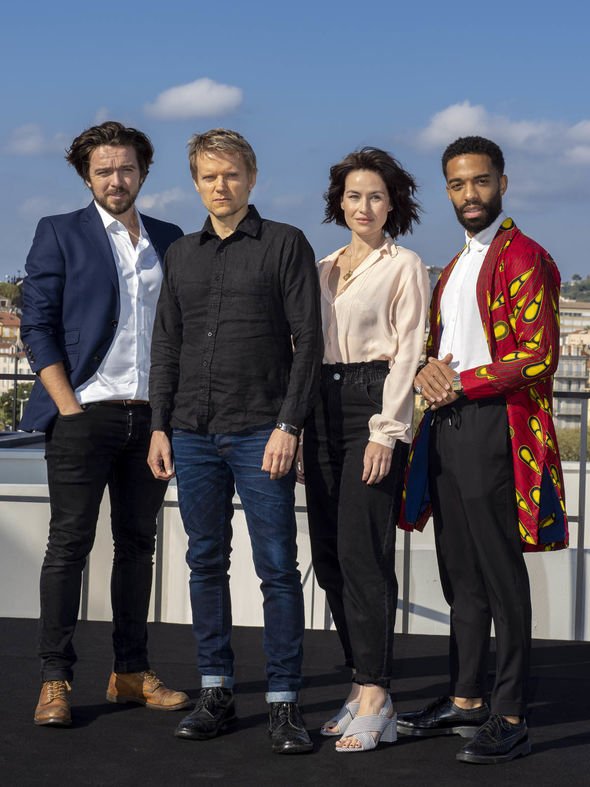 Motherhood inspired her favourite role to date, in a short film called Early Days, written by her friend Nessa Wrafter.

“We had babies at the same time,” she says.

“And she wrote about her experience, so it follows her life for the first couple of weeks where she’s suffering from postnatal depression.

“It was at a really difficult time in my life, but while making it was emotionally tough, it was massively rewarding.

“It opened up conversations and got people sharing their stories.”

Maimie grew up in rural North Yorkshire with her parents, Barbara and Eugene, who ran a hotel and restaurant (and still run the nearby Crathorne Arms), and two brothers, Eugene, an actor, and Rory, a restaurateur.

“It was a proper little bubble of a world,” she says.

“We lived in a bungalow in the old stable yard of the inn.

“It sounds idyllic, but it was… interesting.

“It was a family business, and there were a lot of feuds – immensely colourful, lots of characters coming in.

“There were a lot of piano recitals, hiding behind curtains, being creative, reading, baking, and I went to dance classes three times a week.

“My dance teacher lived on a farm and we would dance in a little hen hut trying not to get chicken poo on our shoes.

It’s probably no surprise we all do what we do, growing up in that environment.” 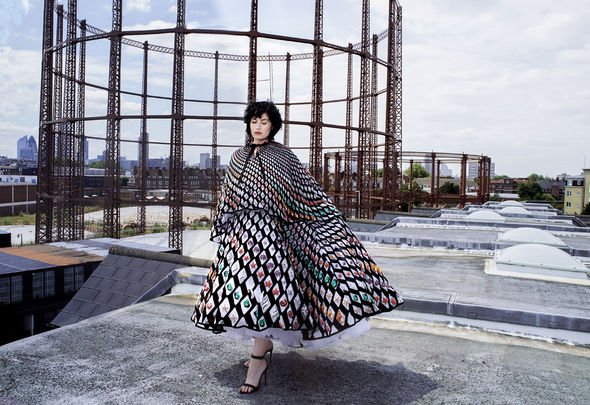 Her dad was the first person in the family to appear on television back in the 90s, first as a contestant then later as a guest judge on MasterChef.

“His first episode was on TV in that first month that I was at uni,” she smiles, rolling her eyes.

“We were in halls and I told a few of my friends, slightly embarrassed, that my dad was on telly, so we all got together in a room and watched it and then he came on wearing these blue glasses and they were all falling around laughing.

“He thought he looked really great in them, with his beautiful big hair.

“I’m sure he’s still got them in a drawer somewhere.”

It’s thanks to Maimie’s parents that she got the baking bug and started Mary’s Party Cakes, the cake business that almost derailed her acting career – Mary is her real name, while Maimie is what her little brother called her as a child.

Lockdown has seen a resurgence in her love of baking and she talks excitedly about chef Anna Jones’ black bean cookies that she made and trying to persuade me to bake my own hot cross buns.

Mostly, though, she just bakes for friends or neighbours in need these days.

“I have dreams of having a bakery,” she confesses – but it’s clear those dreams might have to go on hold for a while.

It took her 20 years to get where she wanted to be, but waiting until her forties to reach this level sounds like it might be no bad thing.

“I look at some girls who are in their twenties and think, ‘Wow, you seem like you really know yourself,’ and I’m in awe of that because it was definitely not how I was,” she admits.

“I wasn’t comfortable in myself or my body or my mind.

“That’s the great thing about getting to the age I am now. I’m much more excited about what’s going to come.”