A Place in the Sun: Couple slam view from house window

On Thursday afternoon, A Place in the Sun fans got another chance to see Channel 4 property expert Jean Johansson accompany couple Colin and Richard to Playa del Inglés, Gran Canaria, Spain. The pair had been soaking up the sun in the stunning location on holidays for the best part of two decades and decided now was the time to find themselves their dream holiday home there. And Jean appeared to do just that for them, although she wasn’t expecting the hardball negotiation tactics Colin and Richard had planned.

As the show edged towards its final moments, Jean had left Colin and Richard with plenty to think about.

The Channel 4 guests had shown their excitement at a handful of properties, although also dished out their fair share of criticism due to the nearby roads on several homes.

Nevertheless, one contender Colin and Richard were keen to get their hands on was a two-bedroom bungalow with a communal area, a property which gave them both “the right feeling”.

However, they were keen to bring the vendor’s asking price down from the £163,000 it was on the market for, even though they’d told Jean earlier their top budget would be nearer the £200,000 mark. 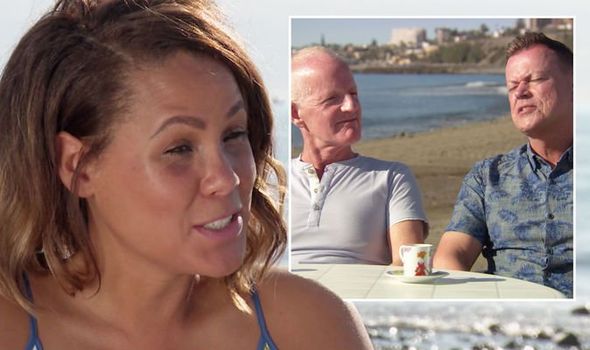 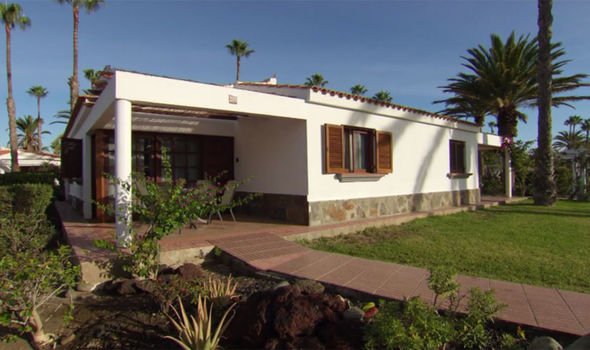 Colin and Richard made clear they wanted to do some work to the kitchen inside the property and as such, thought they’d offer below asking price.

As a result, they ended up offering a lowly offer of just £140,000 – something Jean described as a “cheeky wee offer”.

Inevitably, the offer was refused outright by the other agent without even being put to the vendor and was countered with an offer of £155,000.

But Colin and Richard still weren’t playing ball and went back with £150,000 which again was rejected despite Jean’s pleas that the couple were cash buyers with no chain. 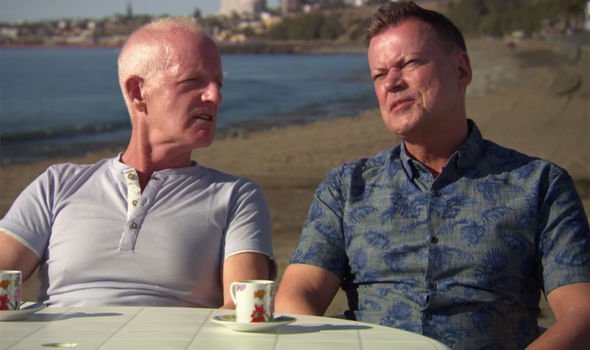 The vendor stood firm at £155,000 but Colin and Richard still weren’t satisfied.

But the owner refused to budge and the A Place in the Sun guests ended up telling Jean to accept the counter-offer of £155,000, much to her delight.

However, Channel 4 viewers watching the negotiations unfold at home were quick to blast the way the pair went about their purchase, with many unhappy with such a low first offer.

“What sort of work do they need to do on that tiny place that would cost £23,000 #aplaceinthesun?” one fan queried on Twitter.

The complaints continued to pour in as a sixth commented: “Just pay the £155,000 awkward a**e #aplaceinthesun.”

“Will take 155 so offer 154. FFS! #aplaceinthesun,” added another while a final viewer tweeted: “Pathetic….tell em to p**s off…#APlaceInTheSun.” (sic)

Richard and Colin won’t mind the tricky negotiations, however, as they had secured their dream home in the sun.

A Place in the Sun continues weekdays at 3pm on Channel 4.