The Spanish centre-back made 422 appearances over 13 trophy packed season with Los Blancos and the LaLiga giants announced the news on Thursday. 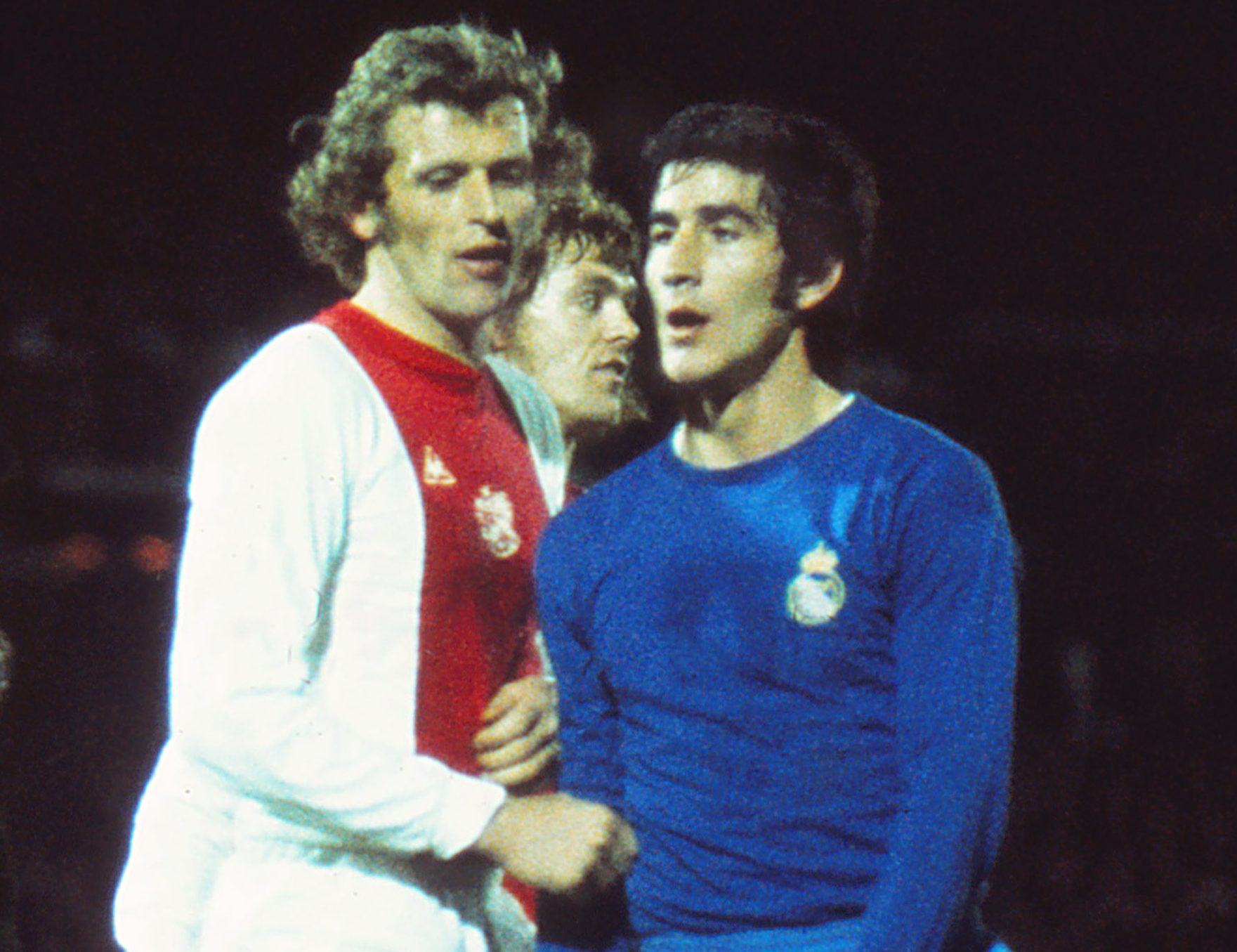 Benito came through the ranks at Real and played for the first team between 1968 and 1982 after a two year loan spell at Rayo Vallecano from 1966-68.

He represented Spain 22 times between 1971 and 1978 but never represented his country at a major tournament as they failed to qualify for any during his spell of international football.

A statement issued today read: "Real Madrid C. F., its president and board of directors express their deep regret at the passing of Goyo Benito, one of the great legends of our club's history.

"Real Madrid C. F. wishes to share its condolences and sends its affection to his wife, Paula, and children, Patricia and Rubén, all of his family and loved ones.

"These condolences are also offered on behalf of madridistas from all over the world.

"Goyo Benito was always a fine representative of our club's values. He played for Real Madrid for 13 seasons.

"During this period and including his spell as a part of the Real Madrid academy, he lifted six league titles and five Spanish Cups.

"He belonged to the generation of players that succeeded the Real Madrid yeyé team.

"He made 420 appearances for Real Madrid and was capped 22 times by Spain.

"Real Madrid supported Benito right throughout his battle against the illness that he suffered from for over more than a decade.

"The Real Madrid family is today in mourning as we remember one of the great defenders in our club's history."

Famous names from around the football world have also shared tributes to the great online.

"Today also leaves us an incredible person and a madridista of heart and race.

"DE P Goyo Benito. My condolences to his family and friends."

And Sergio Ramos added a tribute of his own and tweeted: "Rest in peace Goyo Benito. You were a bench mark for Real Madrid.

"Strong hug to your family and friends."

Haven’t you heard? Easter baskets are a thing now, people! Gone are the sweet, small baskets of yore. I, for one, am hate-obsessed with the ridiculous, over-the-top, I’m-using-a-toddler-swimming-pool-as-an-Easter-basket kind of atrocious Easter basket posts on Instagram and Pinterest (what else is one supposed to be obsessed with while social distancing anyway?). Still, to those elaborate Eastering parents, we say: We get it. You want to give your kids the best, the most, but maybe let’s reel it in a little, shall we? Sometimes simpler is better, and with these DIY Easter baskets, kids are more likely to appreciate the time and effort that went into the basket, instead of just paying attention to what goodies are inside.

Sure, store-bought baskets are quick and easy, but you can’t go to the store anyway! Plus, they’re all too often cheap quality and get chucked before Easter is even over. These DIY options below, however, look amazing and are well-made, so you can reuse them year after year. Make these the trophies for your epic Easter egg hunt, or just hand them to your kiddos after a cute Easter breakfast. Either way, they’re sure to be loved and appreciated for years to come. 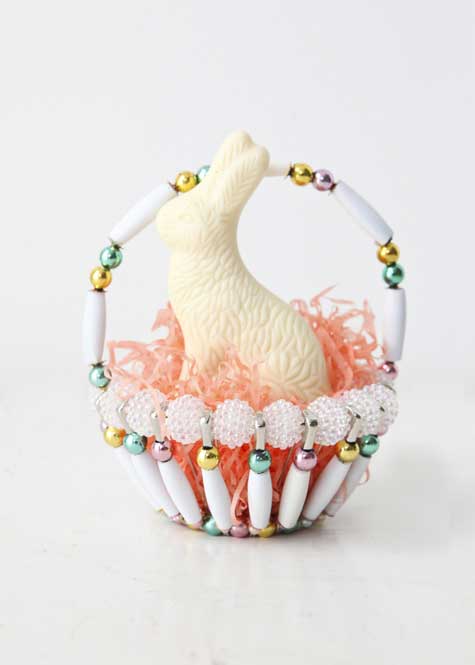 This bead and pin basket looks meticulous and time-consuming, but it’s actually really easy and only requires three materials: safety pins, cheap craft store beads, and wire. That’s it. Bead and pin baskets were popular in the 1950s and ’60s, and we love the vintage look and feel this basket brings to Easter. Use pastel beads of different shapes and sizes (the more variety the better) for a classic Easter look, or customize with your kiddos’ favorite colors and shapes. Head on over to DesignSponge for the full tutorial. 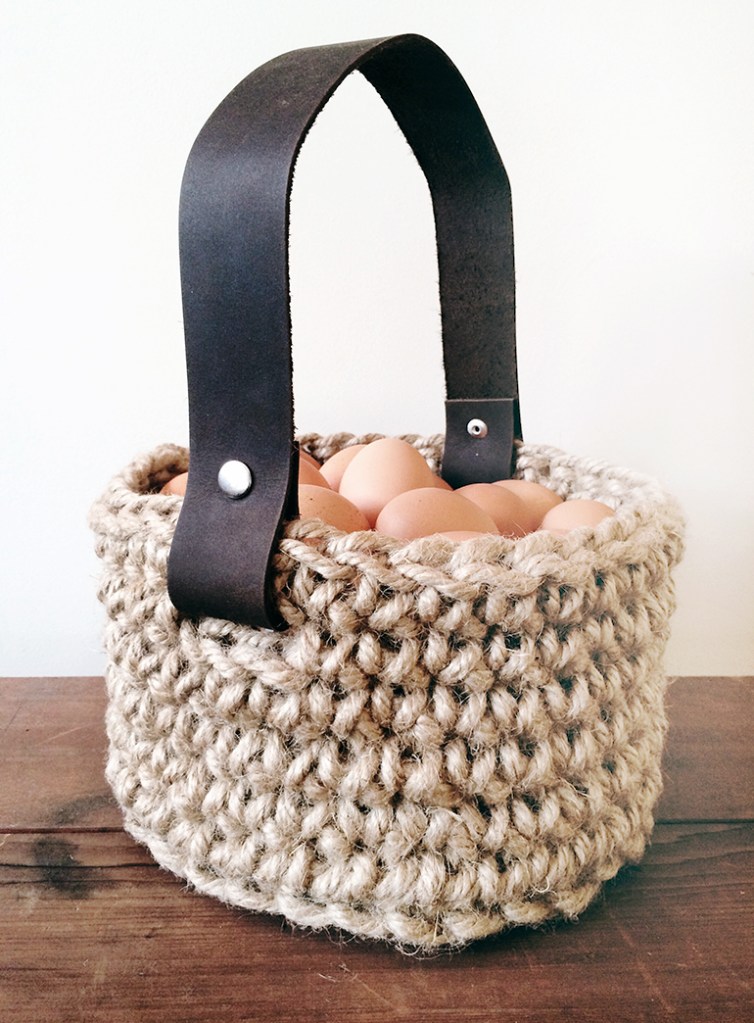 If you’re looking for something a little less flowery and a little more rustic (or if your teenage son refuses to touch anything pastel), this is the basket for you. The geniuses at The Merrythought have once again struck gold with this versatile and minimalist Easter basket you can repurpose after the holiday for year-round use. The materials are sparse: just jute, a crochet hook, a strip of leather, and snaps. So it’s really the ideal basket to bust out if you need to make an impression last-minute. Balking at the thought of crocheting? Not to worry. The Merrythought’s instructions for this basket are super straightforward and easy to understand. Hey, you might just start crocheting on the regular. 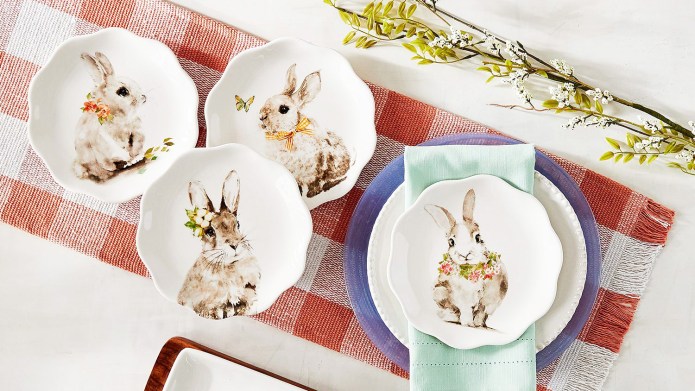 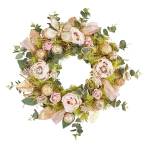 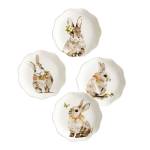 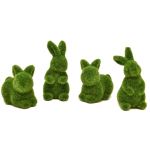 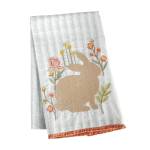 A MAN has been arrested on suspicion of murder after a 31-year-old woman was found stabbed to death at a house in a quiet village.

Police were called to an address in Middlecliffe, in South Yorkshire, at 5pm yesterday over "concerns for someone's safety". 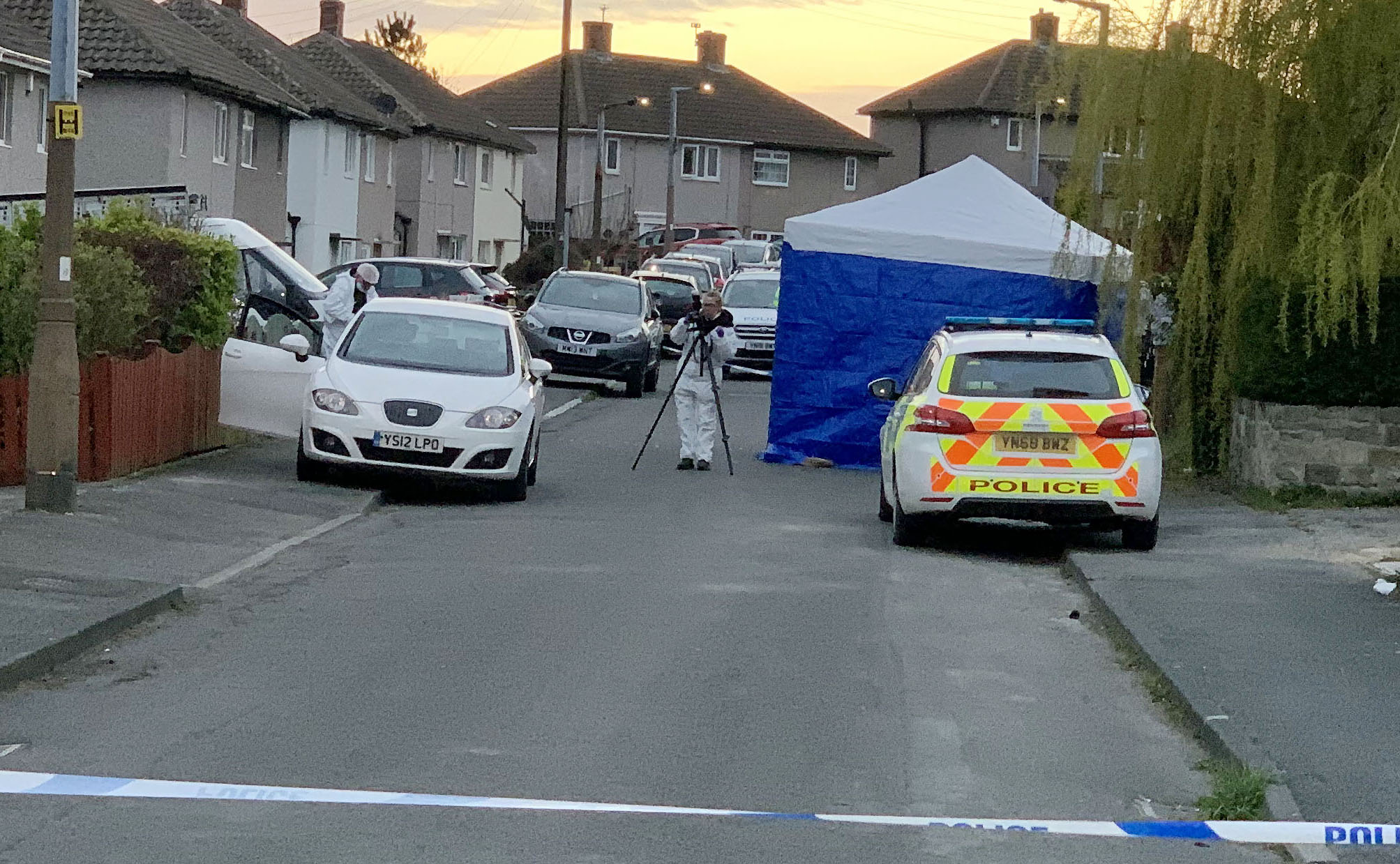 When they arrived, the victim was found with stab wounds.

An air ambulance was spotted landing in a nearby field and paramedics rushed to the property but the woman was pronounced dead at the scene.

A 40-year-old man has been arrested on suspicion of murder.

He remains in police custody.

A South Yorkshire Police spokesman said: "Emergency services were called to Windsor Crescent, Middlecliffe, just before 5pm, following concerns that a woman had been stabbed.

"Sadly, the woman was pronounced dead when officers arrived at the scene.

"The man has been arrested on suspicion of murder and remains in custody.

"There will continue to be an increased police presence in the area today as officers continue to carry out enquiries."

Police are asking anyone with information to call 101 or Crimestoppers anonymously on 0800 555111.

People should quote incident 471 of 29 March when passing on information. 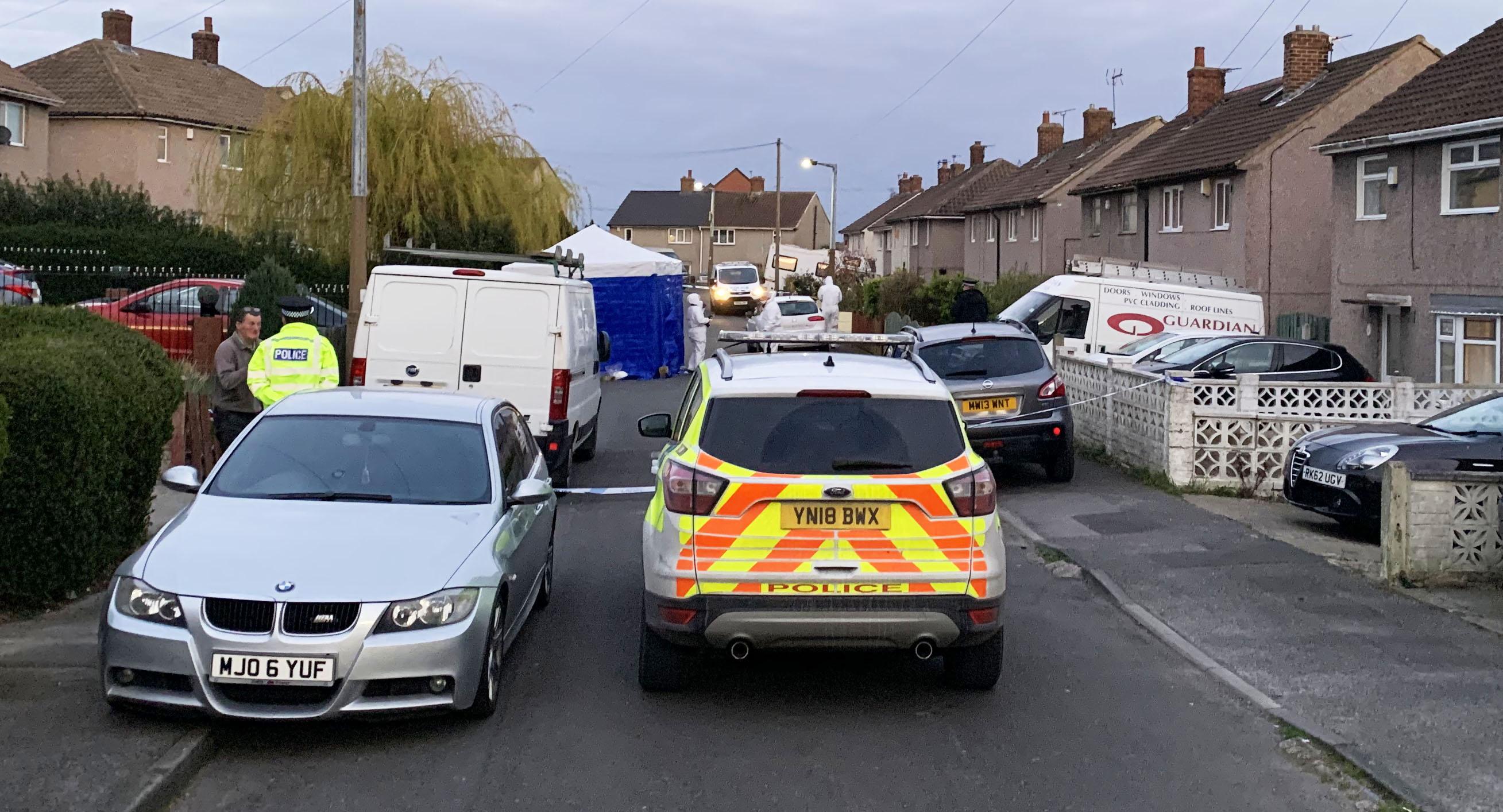 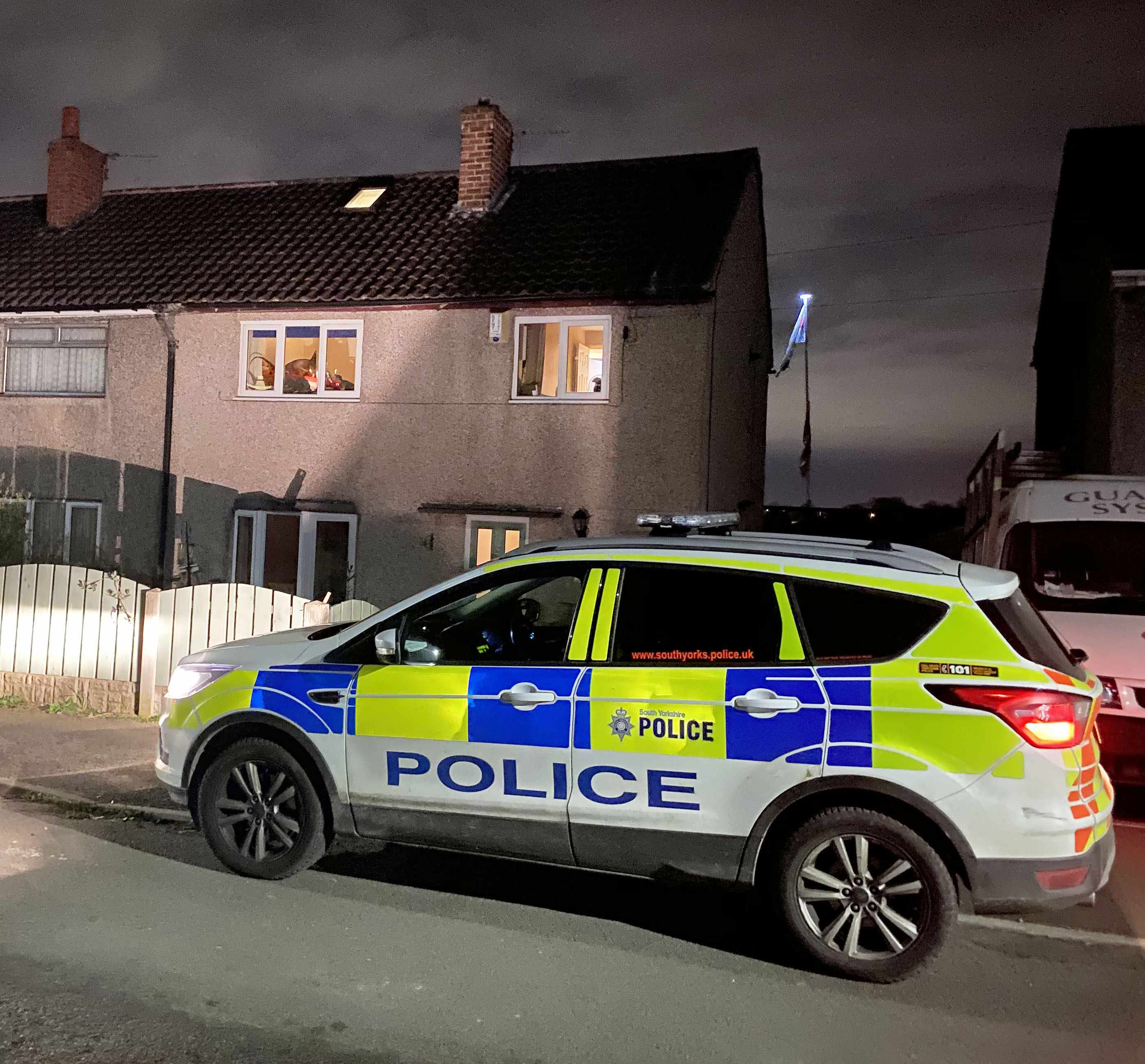 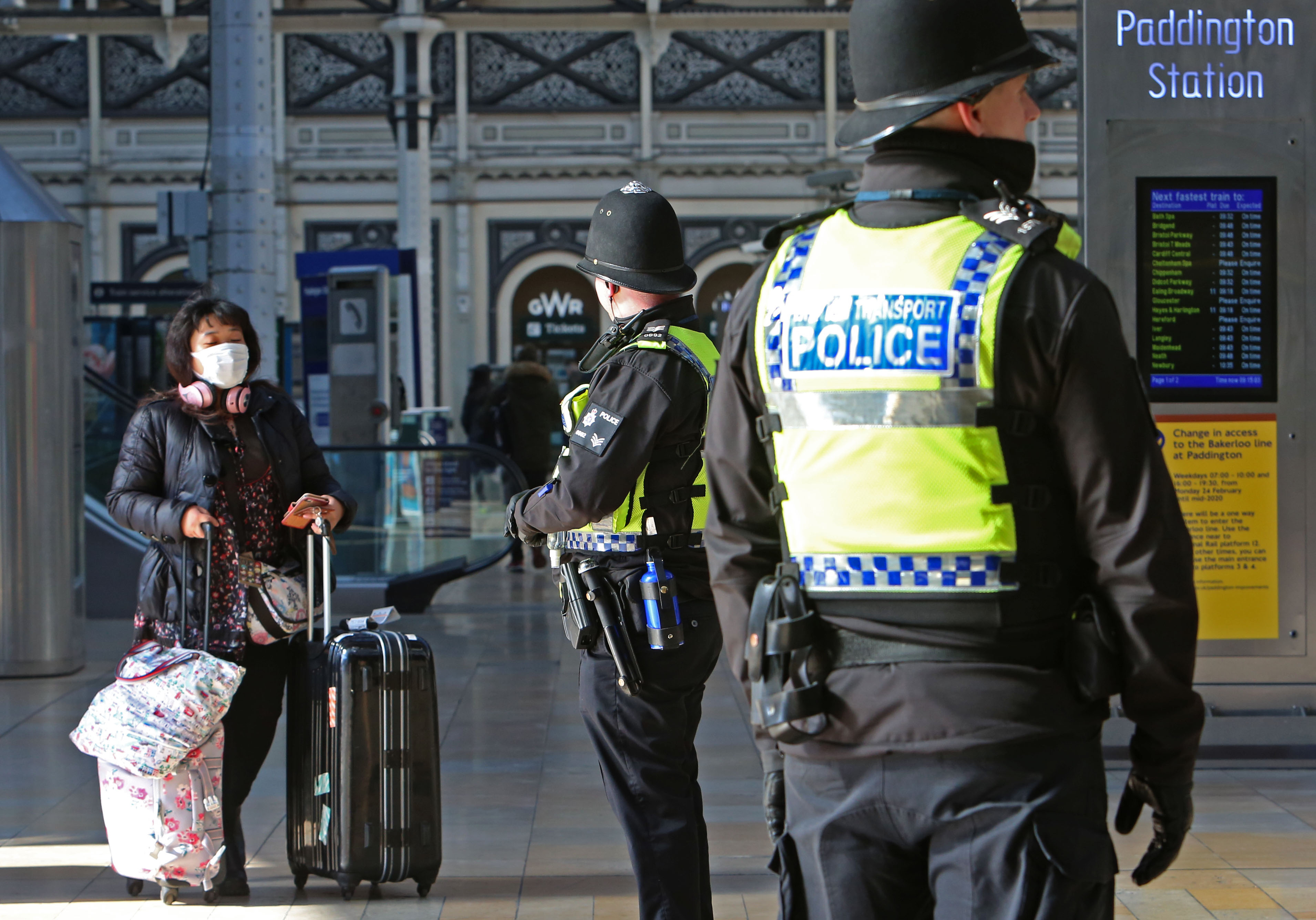 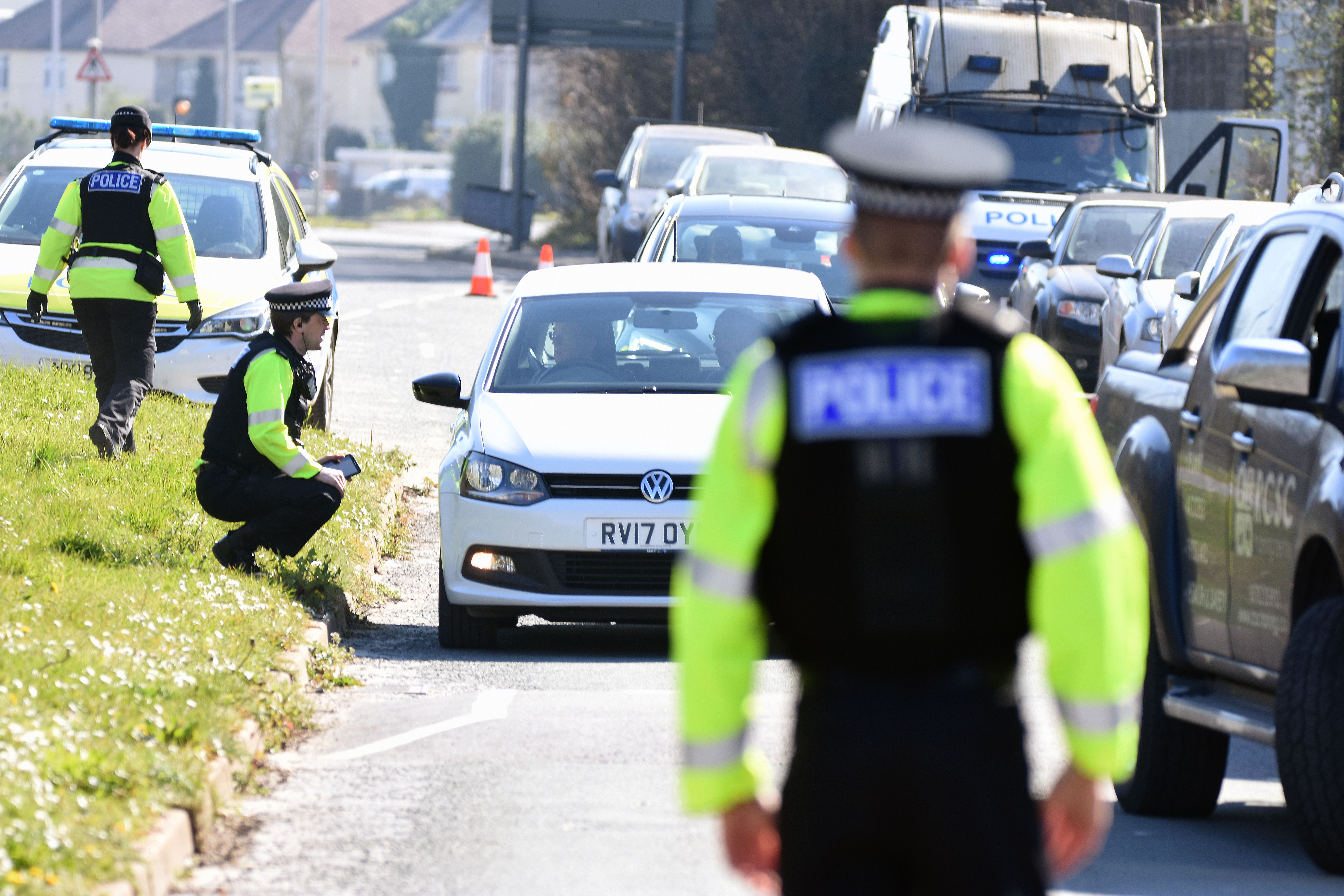 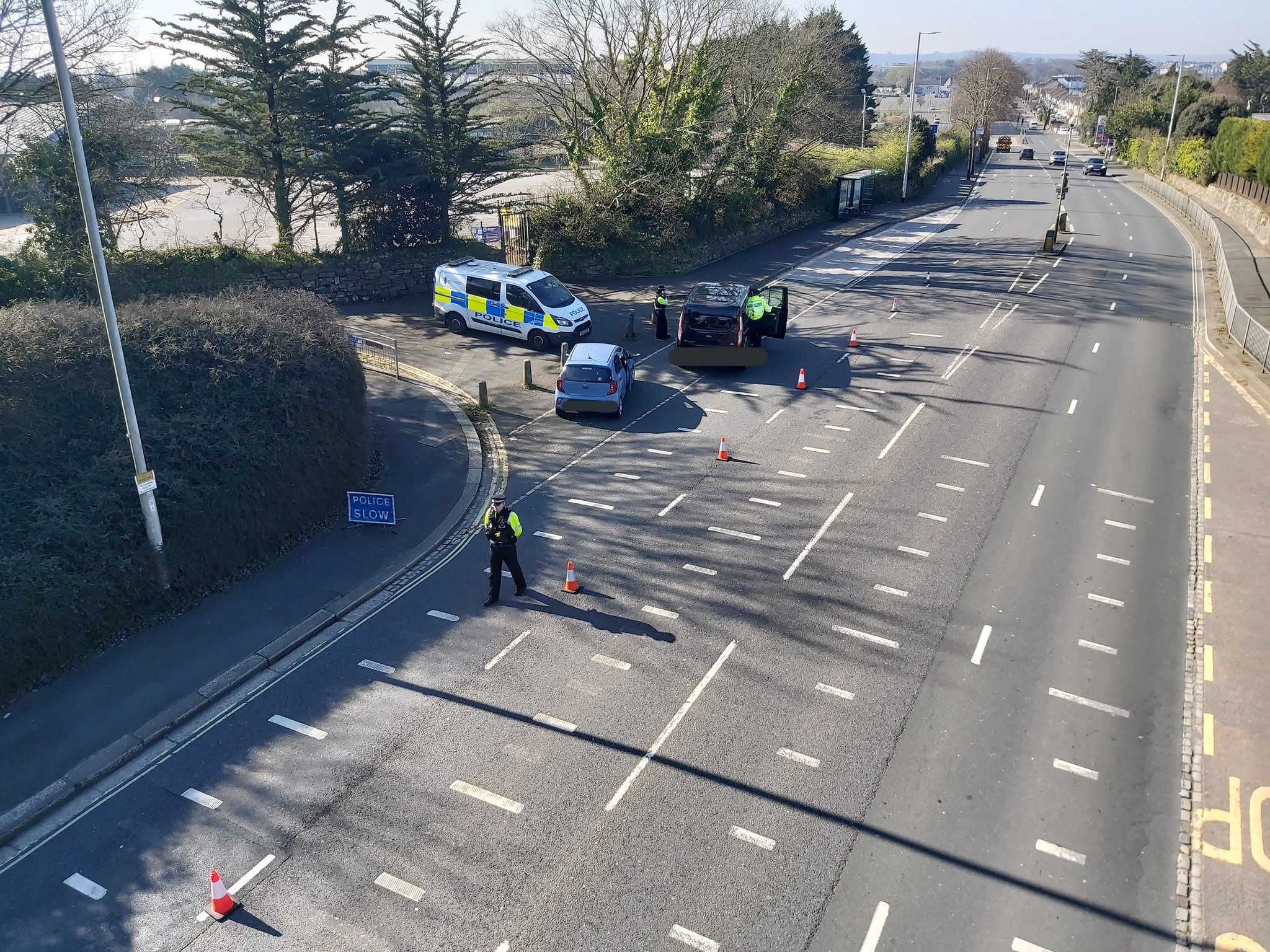 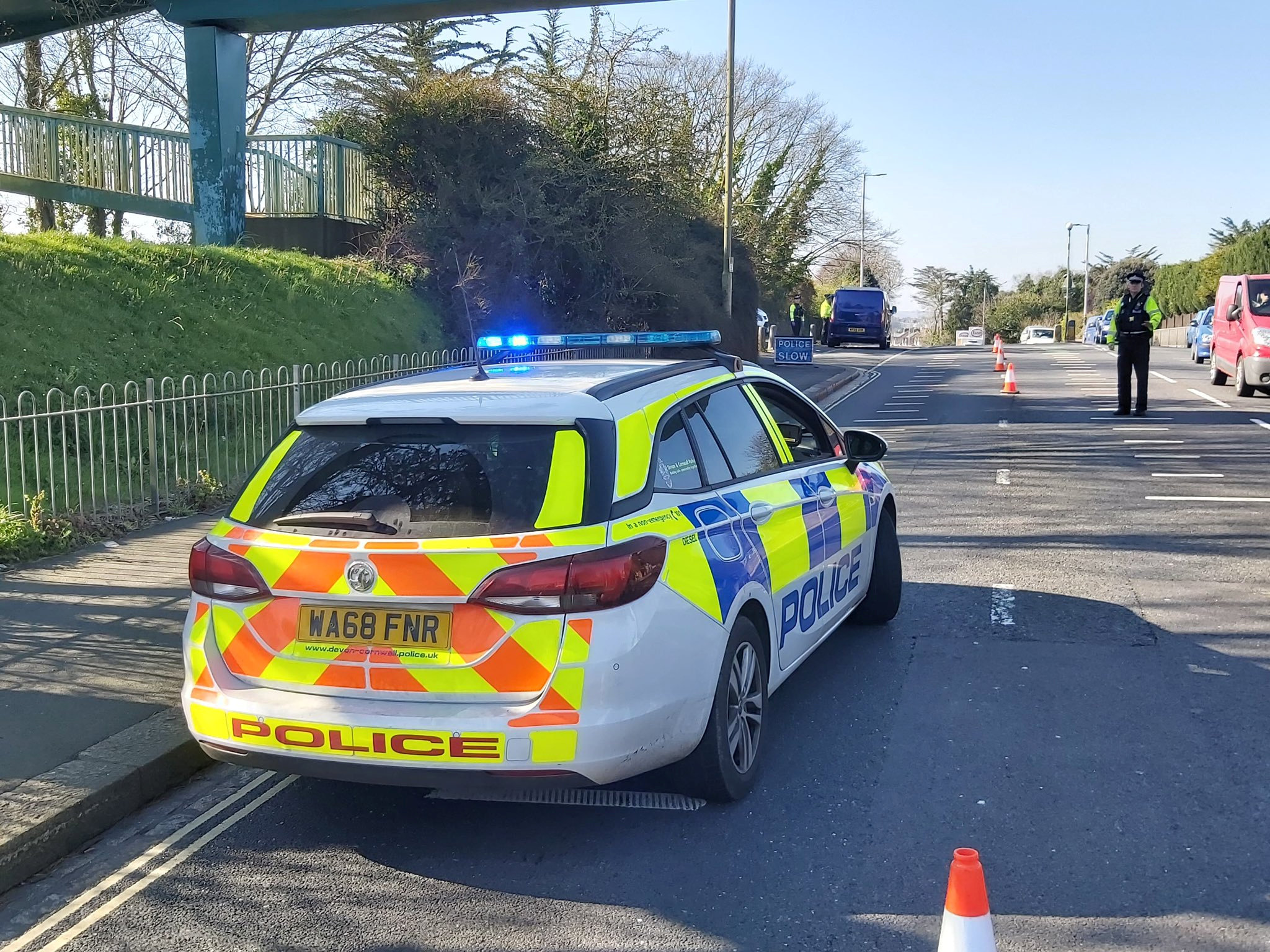 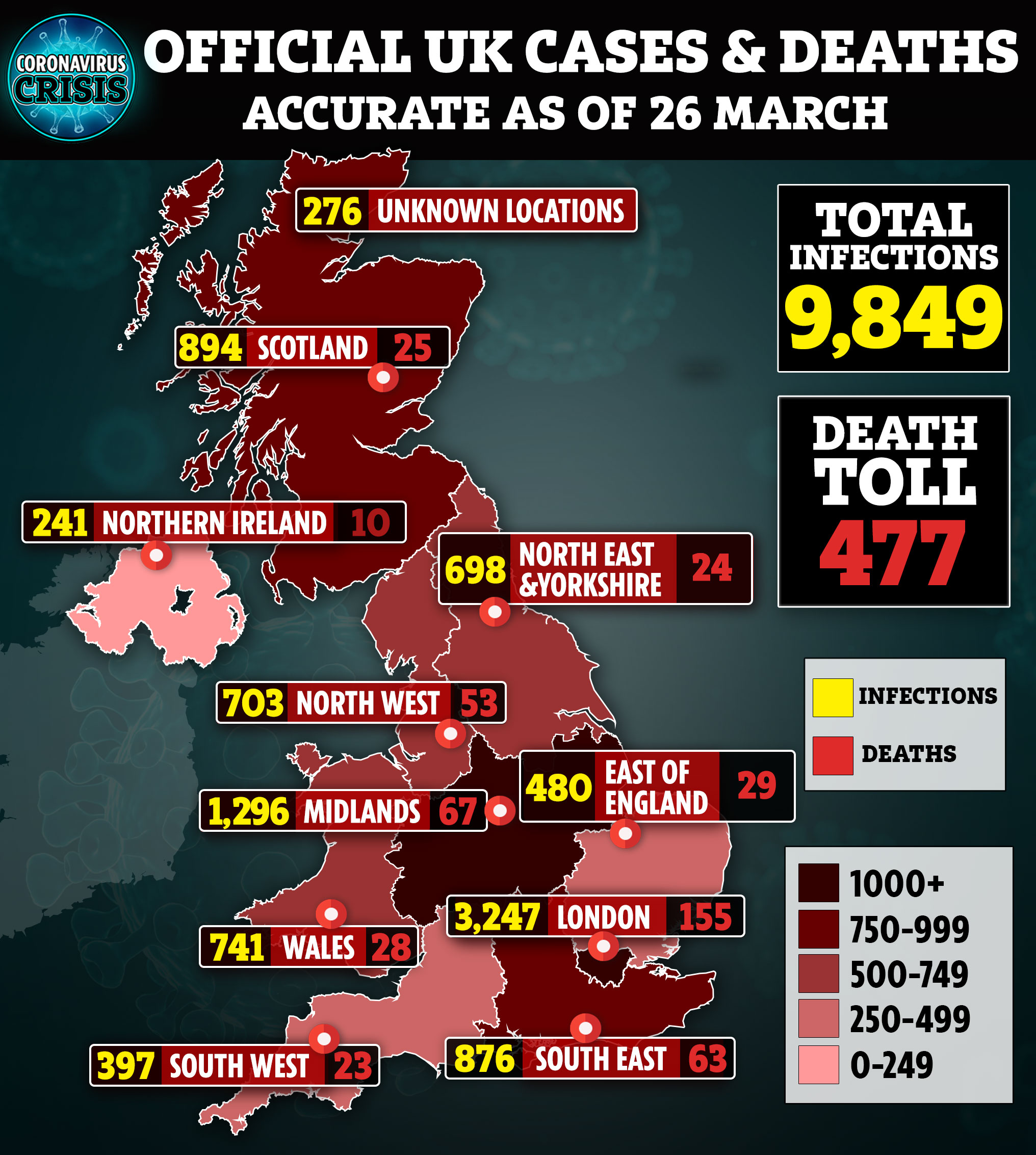 The character was killed in the finale of series four, but the man behind the character hinted that he could make a dramatic return to the epic show. 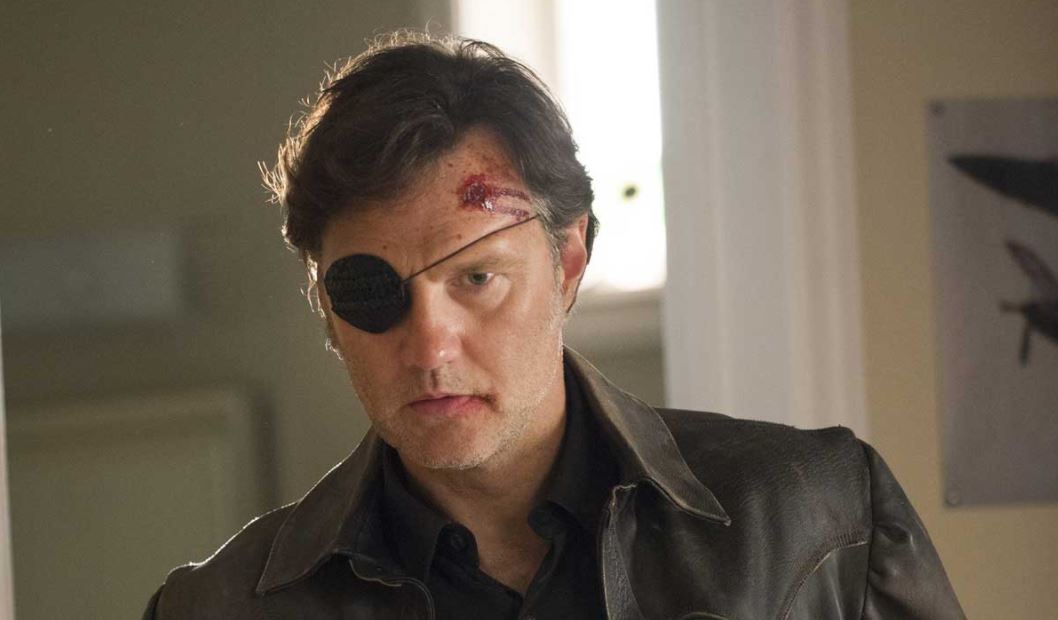 The Governor was the culprit for a several deaths of popular characters, but he finally got what was coming to him in the season four finale. However, despite his character being dead, The Walking Dead star David has teased a shocking return to the franchise and reunite with Rick Grimes (Andrew Lincoln).

Michonne (Danai Gurira), who exited the show in the latest episode of the ongoing series, brutally stabbed The Governor before he was shot dead by Lilly (Audrey Marie Anderson).

However, The Walking Dead actor David told Express.co.uk, that he hopes to revisit his role in the upcoming Rick Grimes movies. 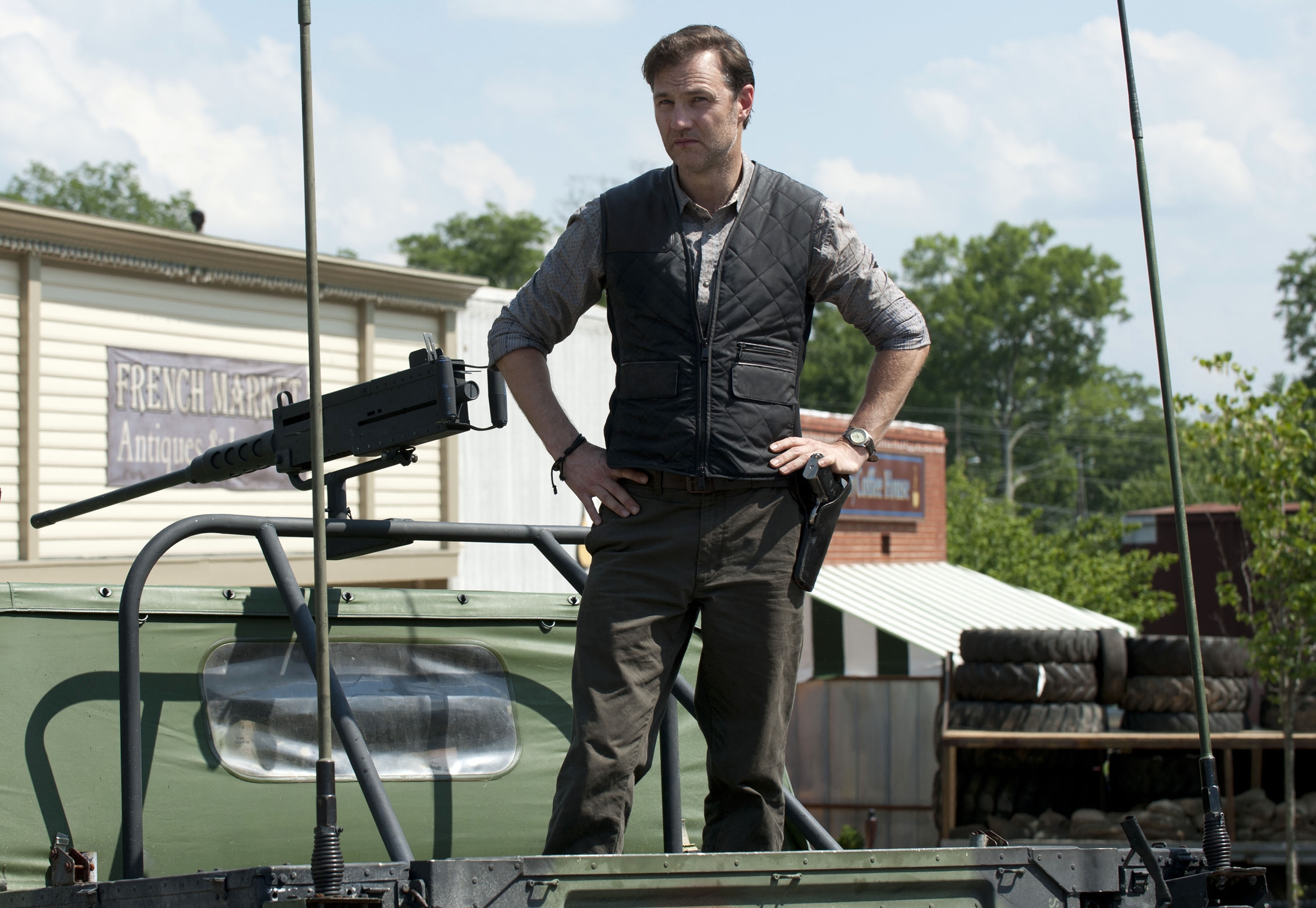 David confessed: “They’re doing movies and in some of them they might be doing origin stories, and I would love if if they were doing mine.

David went on to explain how his character could possibly make a realistic return to the award-winning series, despite The Governor’s horrific demise.

“If they wanted to, they could go back to before Woodbury existed and how The Governor became who he was.

“I think that’s a brilliant story, and that’s all there, and it’s in the books, I hope they could do that.” 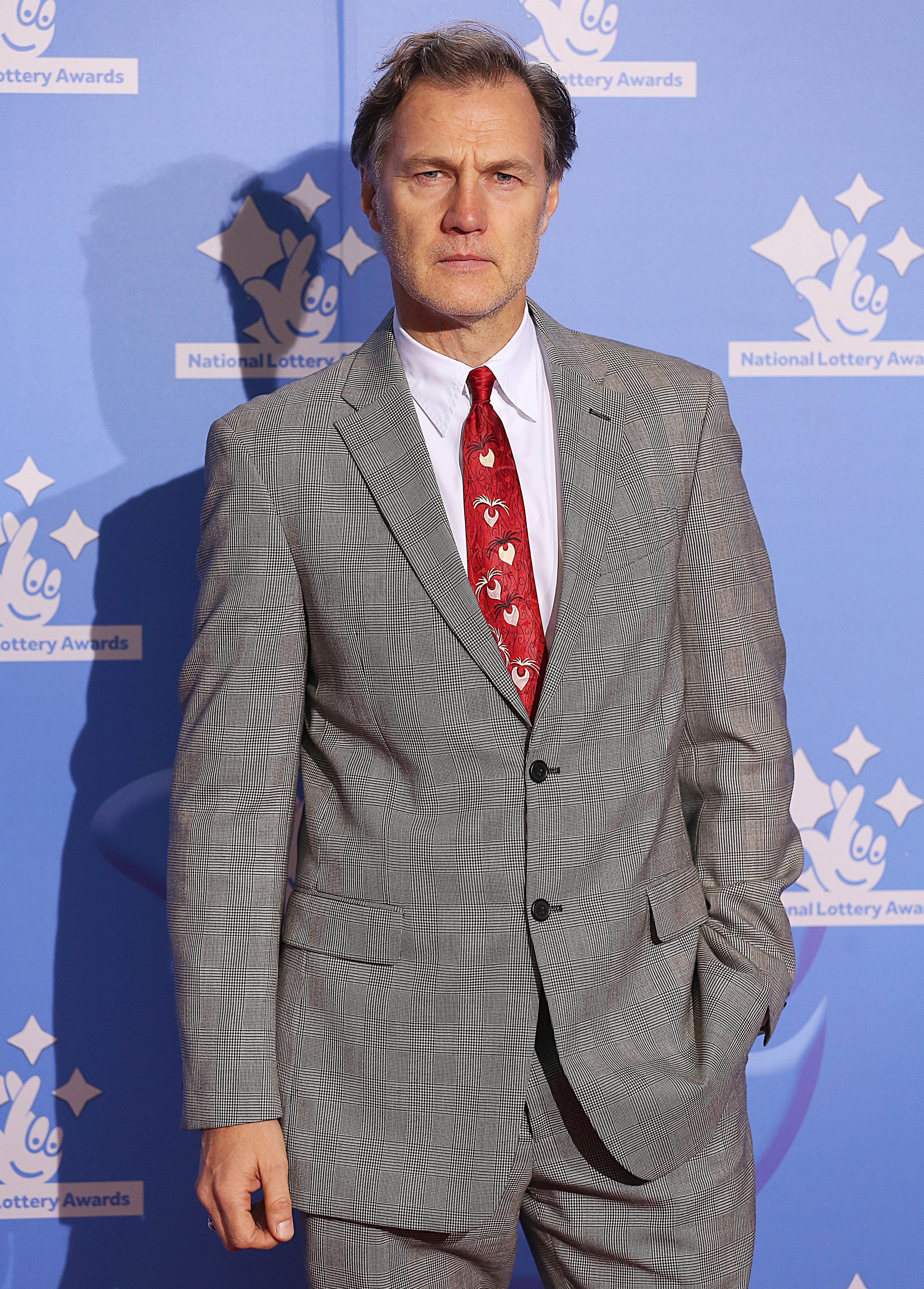 The finale of The Walking Dead's tenth season has been  'delayed indefinitely' amid the coronavirus turmoil.

Dozens of shows on both sides of the Atlantic have been affected by the pandemic in recent weeks, and now its reached the hit AMC series.

On Tuesday, the network announced via the show's official Twitter account that the series finale would no longer air on Sunday, April 12 in the US as planned.

The statement read: "Current events have unfortunately made it impossible to complete post-production of The Walking Dead Season 10 finale, so the current season will end with its 15th episode on April 5.

"The planned finale will appear as a special episode later in the year."