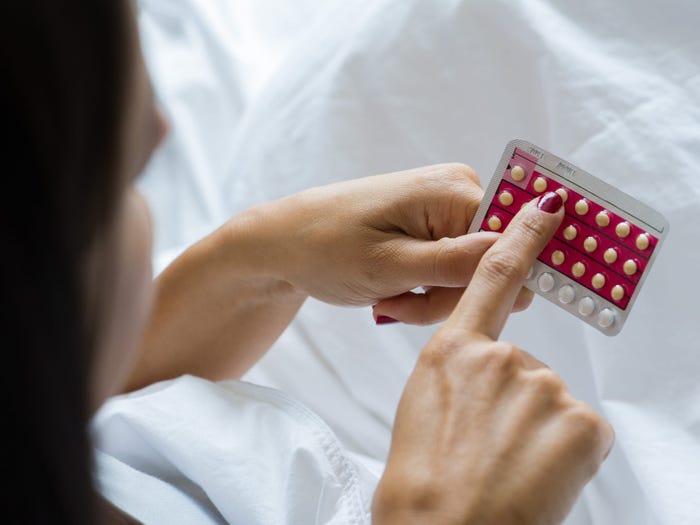 Birth control can give you peace of mind if you're sexually active and avoiding pregnancy. But if you're gearing up to start a family, your choice of contraception could set back your pregnancy timeline.

Condoms and diaphragms don't affect hormones and a person's vaginal environment, so these people were considered the control group, the researchers wrote.

The researchers looked at data on 17,954 people who were trying to conceive and recently ended their birth control from two Danish cohort studies and one North American cohort study. None of the participants, aged 19 to 49, were pregnant at the start, and none used fertility treatments.

After each menstrual cycle, the participants would meet with the researchers for up to 12 follow-ups until they reached a certain milestone — either they became pregnant, stopped trying to become pregnant, took fertility treatments, or stopped coming to the follow-ups, depending on which happened first.

There were study limitations, including the non-diverse pool of American and Danish participants. The researchers also relied on the women self-reporting their last menstrual cycles and birth-control method histories in some cases, which could have skewed results if their reports were inaccurate.

Here's what they found for each type.

Injectable birth control delayed a person's fertility the most after stopping, for around 5 to 8 menstrual cycles. 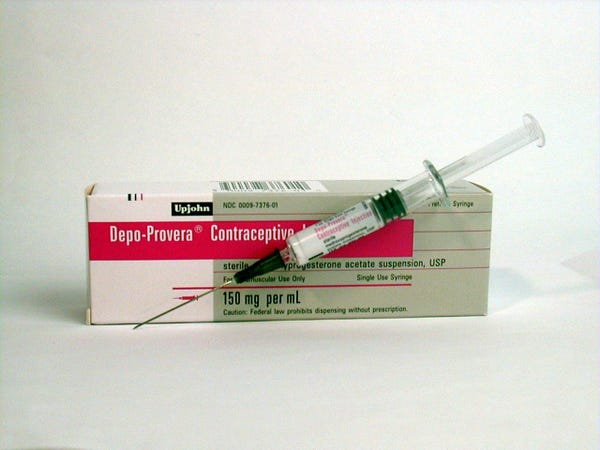 0.5% of women in the study used this method.

The injectable, injected into a person's arm, contains the hormone progestin, which stops ovulation so a person's eggs cannot be fertilized.

Progestin also makes the cervical mucus thicker so sperm get trapped and can't fertilize an egg, according to Planned Parenthood. 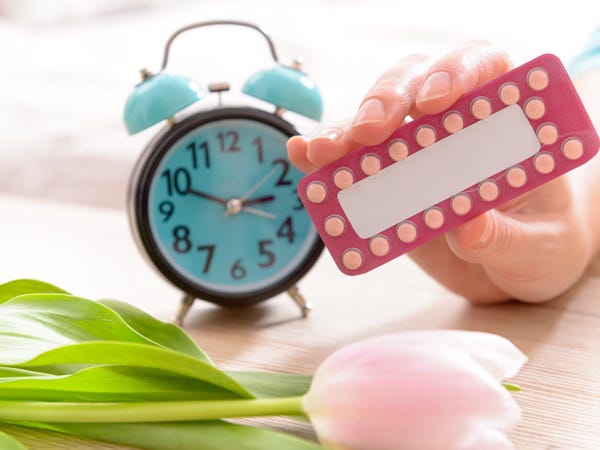 37.5% of women in the study used oral contraceptives.

Birth control pills are taken daily and contain the hormones estrogen, progestin, or a mixture of the two. These hormones stop ovulation, so a person's egg cannot be fertilized and become a fetus, according to Planned Parenthood.

For women who used the non-hormonal copper IUD as their last birth control method, it took 2 cycles on average to conceive. 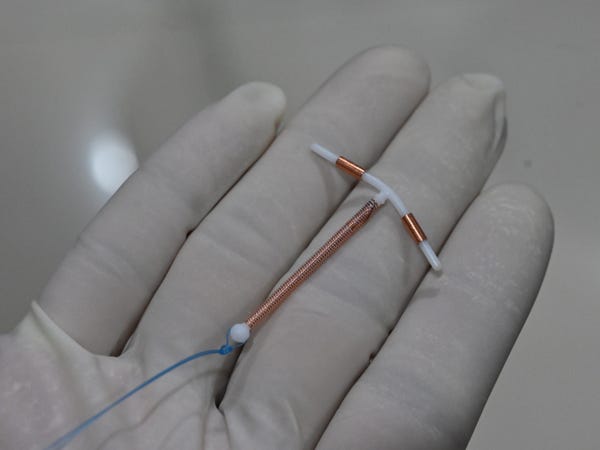 4% of the women in the study used the copper IUD.

This IUD, known by the brand name Paragard, is made from plastic wrapped in copper, a substance that stunts sperm so they can't swim to eggs and fertilize them, according to Planned Parenthood.

Those who used hormonal IUDs as their most recent contraceptive waited, on average,2 cycles to become pregnant. 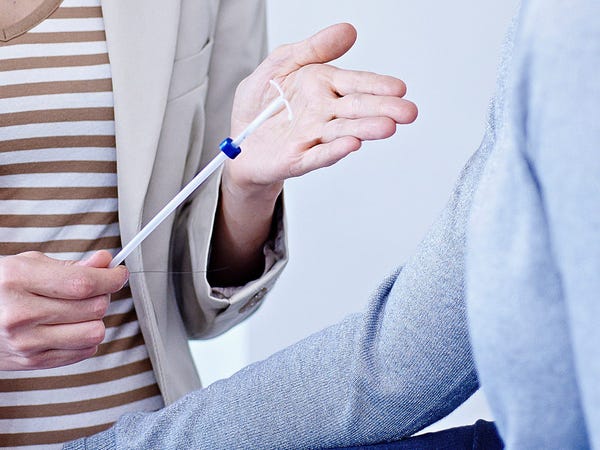 7.8% of the women in the study used this long-acting contraceptive.

A hormone-containing IUD, which is known by the brand name Mirena, releases the hormone progestin. The extra progestin causes cervical mucus to thicken so sperm can't travel through the mucus to fertilize an egg. Progestin also causes the uterine lining to thin out, which partially prevents the uterus from releasing an egg during ovulation.

The hormones are localized, meaning they mainly affect the cervix and uterus where they're released. Just a small amount of the progestin is absorbed into your blood stream, Yale gynecologist Dr. Mary Jane Minkin previously told Insider.

The vaginal ring affected participants' ability to get pregnant for 3 menstrual cycles. 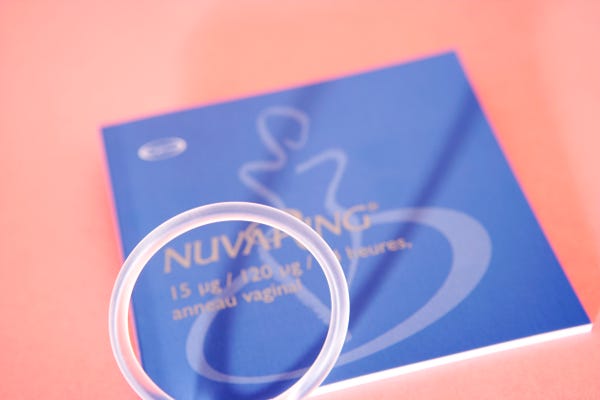 2.7% of women in the study used vaginal rings as their most recent birth-control method.

Known by the brand name Annovera, the silicone vaginal ring lasts for one year and contains the hormones estrogen and progestin to prevent pregnancy.

"You wash it with a little soap and water, you keep it in your closet, and at the end of that week, you put the same ring in," Minkin previously told Insider, adding that it could be a good option for someone who wants a year's supply of birth control without committing to three, five, or 10 years of contraception.

There's also the Nuva Ring, which lasts for one month rather than a year.

Those who used the implant, which is inserted into the upper inner arm, waited 2 menstrual cycles on average. 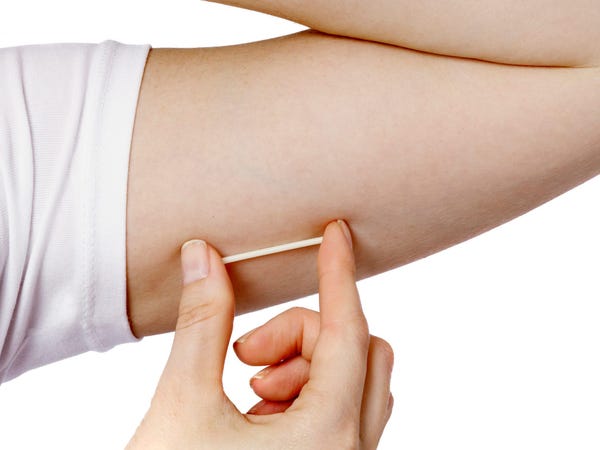 1% of women in the study used this method.

Nexplanon is similar to hormonal IUDs in that it releases the hormone progestin and and is inserted into the body for an extended time period.

But instead of sitting in the cervix, Nexplanon is an implant the a healthcare provider injects into your upper inner arm. That means the hormones it releases are absorbed into the bloodstream more than with an IUD, but a similar amount as a birth control pill.