Young men living in ‘individualistic’ countries like the US and UK are more likely to be lonely than older people or women, study finds

Young people and men say they are lonely more often than older people and women, according to a large scale global study.

More than 46,000 people took part in the study – ranging in age from 16-99 and it found there was a steady decrease in loneliness as people get older.

The study was carried out by Exeter, Manchester and Brunel universities and they found a young man living in the UK or the US would be the loneliest.

Researchers say in light of the COVID-19 pandemic, and lockdown measures, special attention should be paid to how it affects the loneliness of young people. 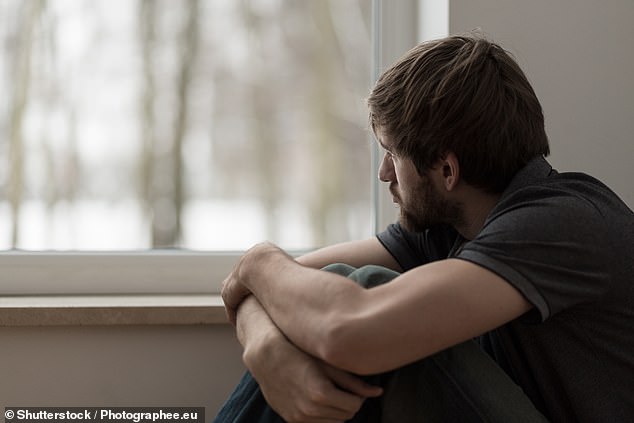 More than 46,000 people took part in the study – ranging in age from 16-99 and it found there was a steady decrease in loneliness as people get older

The research is the first to be published based on responses to the BBC Loneliness Experiment – a survey of 55,000 people on how lonely they feel.

Questions were asked in a way that avoided using words like lonely, to combat any stigma younger men and those in more individualistic societies might hold.

Authors of the study say the gradual decrease in loneliness with age holds across all countries and cultures but is slowed by a more collectivist society such as Brazil.

‘Contrary to what people may expect, loneliness is not a predicament unique to older people,’ said Professor Manuela Barreto, of the University of Exeter.

Loneliness stems from the sense that one’s social connections aren’t as good as desired and could be due to differences in expectations between younger and older people, the researcher said.

‘The age pattern we discovered seems to hold across many countries and cultures.’

Professor Pamela Qualter, from the University of Manchester, said the evidence for a difference in loneliness linked to gender was mixed.

‘There is an awareness that admitting to feeling ‘lonely’ can be especially stigmatising for men,’ said Qualter.

‘However, when this word is not used in the measures, men sometimes report more loneliness than women. This is indeed what we found.’

Using survey responses from 237 countries, islands and territories, the researchers were able to carry out an unprecedented analysis of cultural differences. 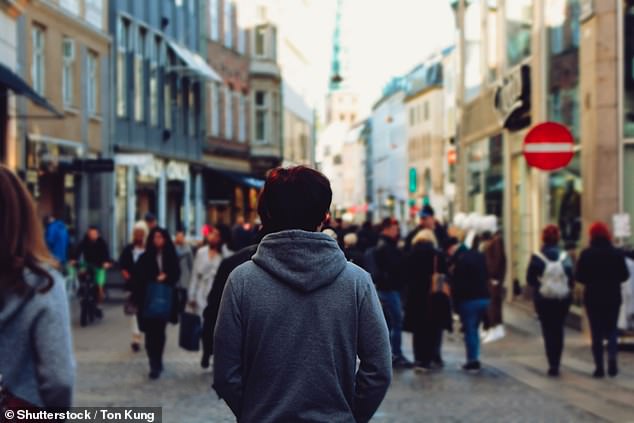 The study was carried out by Exeter, Manchester and Brunel universities and they found a young man living in the UK or the US would be the loneliest

‘This is particularly important because evidence for cultural differences in loneliness is very mixed and culture can affect actual and desired social interactions in opposite directions,’ said Barreto.

‘In addition, it can be argued that admitting to feeling lonely is also more stigmatising in individualistic societies, where people are expected to be self-reliant and autonomous.’

They used survey questions that didn’t directly refer to loneliness as a way to identify signs that people are lonely in groups where there is a stigma.

This included among people living in more individualistic societies – such as the UK and US – where they found a higher degree of loneliness than among those in collectivist societies such as Brazil.

Authors say it is possible that individualistic societies are particularly isolating for younger men and collectivist cultures particularly beneficial for older women.

‘It is true that younger people are better able to use technology to access social relationships,’ said Qualter.

‘It is also known that when this is done as a replacement – rather than an extension – of those relationships it does not mitigate loneliness,’ the researcher said.

The findings have been published in the journal Personality and Individual Differences.

RESEARCH SUGGESTS THAT IT IS POSSIBLE TO DIE OF LONELINESS

Research suggests it is possible to ‘die of loneliness’.

A major study published March 2018 suggested social isolation can increase the chance of a stroke by 39 per cent and premature death by 50 per cent.

Loneliness may raise the risk of a heart attack by more than 40 per cent, researchers found.

The analysis was based on the health records of 480,000 Britons – making it the largest study of its kind.

Those who already had cardiovascular problems were far more likely to die early if they were isolated, suggesting the importance of family and friends in aiding recovery.

The research team, which included British academics, said lonely people had a higher rates of chronic diseases and smoking and showed more symptoms of depression.