Specialist women's legal services in NSW and Victoria are urgently seeking an extra $4.7 million a year in next Tuesday's federal budget ahead of an expected wave of domestic violence cases.

Across the country, Women's Legal Services Australia are asking for an extra $25 million a year to help hire more than 120 additional lawyers, social workers and financial counsellors. 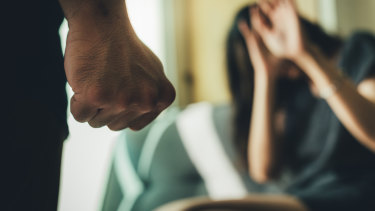 Women’s Legal Services have warned they urgently need $25 million because they are forced to turn away domestic violence victims seeking help.Credit:Shutterstock

The services are already turning away two in five women seeking urgent help.

"Even in 'normal' times, there is often a delay between when violence occurs and when women present to us for help," she said.

"COVID-19 has trapped many families inside the home and created intense financial pressures. It's so easy for abusers to monitor and control their partners, track their whereabouts, and cut them off from family and friends."

The $25 million is based on analysis by the Australia Institute's Centre for Future Work director Jim Stanford of unmet demand in September.

The federal government gave $20 million in May to frontline legal services dealing with domestic violence matters out of a $63.3 million boost to legal aid.

But in a letter to Attorney-General Christian Porter, the heads of the Women's legal services said when the states and territories divided this money up, specialist services for women didn't receive an appropriate portion.

"Significant funds were directed to services that provide representation to predominantly male offenders, perpetrators and respondents in domestic violence related matters," they wrote.

"To ensure future legal funding reaches those who need it most, it is imperative the Commonwealth government stipulates an appropriate proportion of funds are allocated to specialist women's legal services."

One woman who used the Victorian service, who asked not to be named for her safety, said it gave her back her dignity and respect.

She walked out of an abusive marriage with no money and barely any clothes, and spent nearly four months living in a tent and surviving on cans of beans from a local charity. The local solicitors in her regional town wanted $3500 upfront.

"I was like a little bird that fell out of the nest, I was broken," she said.

"[The Women's Legal Service] gave me a voice and they assisted to get me back, the part of me back that had been battered down over many, many years.