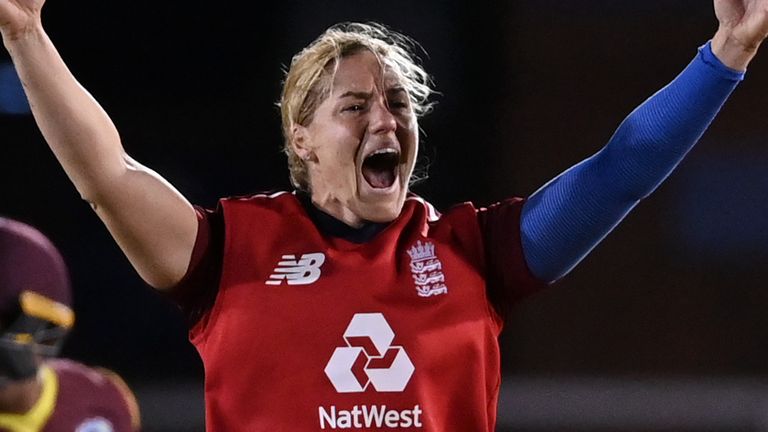 The coronavirus pandemic threatened to stop the momentum gained from a memorable ICC T20 World Cup in its tracks, but women’s cricket continued to break new ground in 2020, paving the way for an epic period in the game…

Katy Perry was the headline act, but Beth Mooney and Alyssa Healy held centre stage as women’s cricket made an explosive start to 2020 with an entertaining ICC T20 World Cup.

The pair thrilled 86,174 fans at the MCG by hitting dazzling half-centuries as Australia won the T20 World Cup for a fifth time, on International Women’s Day, as India wilted against the onslaught.

As Southern Stars players danced with Perry post-match in celebration, no-one could foresee how such a major moment in women’s cricket couldn’t be anything but a springboard for the game. 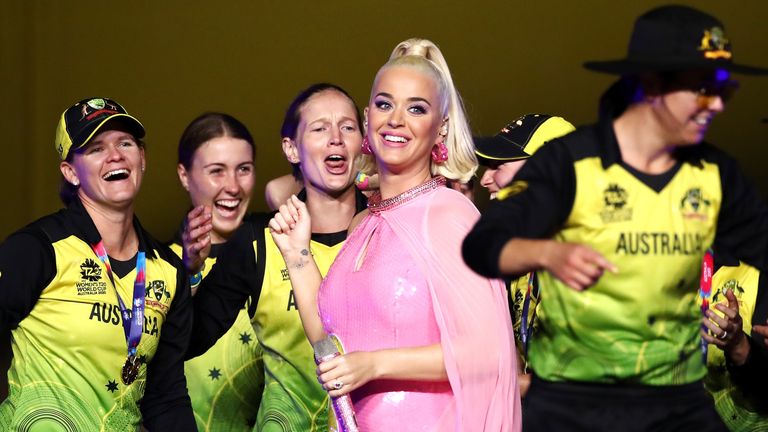 But within weeks, the coronavirus pandemic had transposed the global mood into a minor key, threatening to undermine years of work to raise the profile of women’s cricket with it.

The crowd attendance for the T20 final – a record turnout for a women’s cricket match – had only just provided further proof of the growing popularity of the game, with Sri Lanka and Bangladesh suggesting the world’s top four teams wouldn’t have it all their own way in future years and enthusiastic debutants Thailand giving Pakistan a scare.

New heroes were emerging. India’s 16-year-old opener Shafali Verma was undoubtedly one of the stars of the tournament as were spinners Sarah Glenn and Sophie Ecclestone, the latter the first England bowler to top the T20I rankings since Anya Shrubsole in 2016.

England’s run to the semi-finals under new coach Lisa Keightley had included wins over Thailand – in which Heather Knight’s 108no off 66 balls made her the first England player to score a century in all three formats – Pakistan and Windies after an opening match defeat to South Africa. 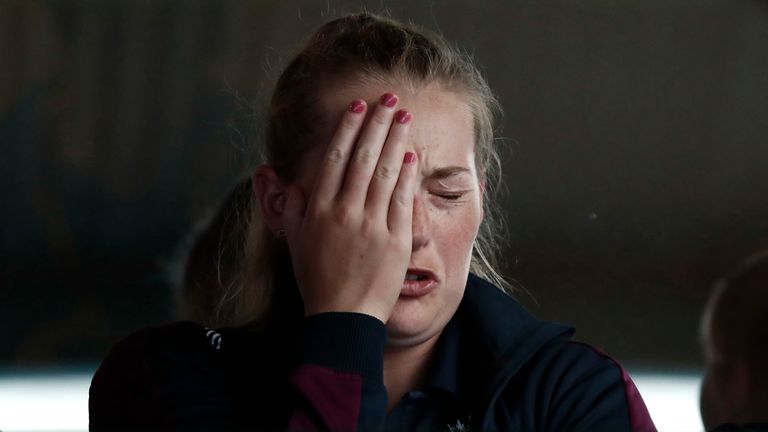 But England’s chance to add the World T20 crown to their 2017 World Cup success went down the drain as their semi-final against India was washed out without a ball bowled – the lack of a reserve day enabling India to advance as winners of Group A, whereas Knight’s side had finished second to South Africa in Group B.

“It’s all very English – talking about the weather and getting knocked out,” a crushed Knight said.

Those frustrations would only have time to fester; the onset of COVID-19 meant England Women would not play an international until September 21, over two months after their male counterparts returned to the field on July 8.

On that date a former England Women cricketer wrote the headlines – Ebony Rainford-Brent joining Michael Holding in an impassioned call for the end of institutionalised racism, their words echoing around a world shocked by the murder of George Floyd in America. 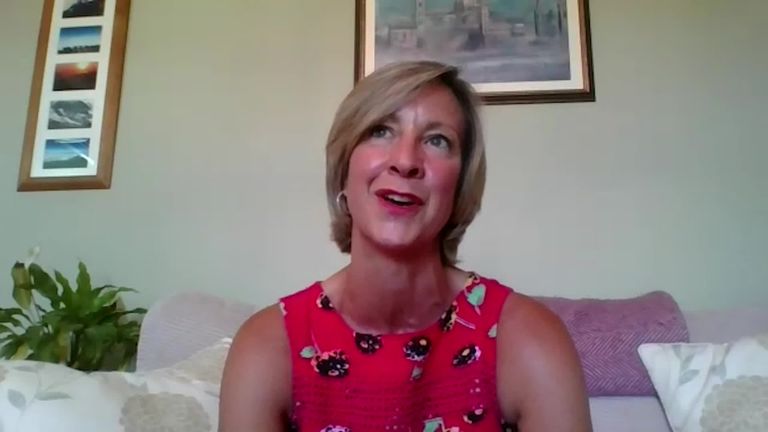 The COVID-19 counterthrust continued as the ECB announced a new women’s 50-over domestic competition, named after Baroness Rachael Heyhoe Flint – former England skipper, whose exploits in an international career spanning 19 years earned her a place in the ICC Hall of Fame.

News that India, and then South Africa would not tour England due to travel restrictions was softened by word from West Indies that their team was prepared to contest five T20 internationals – Sky Sports streaming a women’s series live for the first time on its YouTube channel.

“It was a bit of a bizarre end to a very bizarre summer,” reflected Knight from the Derby bubble after her side had sealed a 5-0 sweep, courtesy of a frenetic five-overs-a-side clash.

Glenn earned the Player of the Series accolades for taking seven wickets at 12 apiece on her home ground, bolstering her all-rounder status during the contests, while Tammy Beaumont, Nat Sciver and Amy Jones also impressed with the bat. 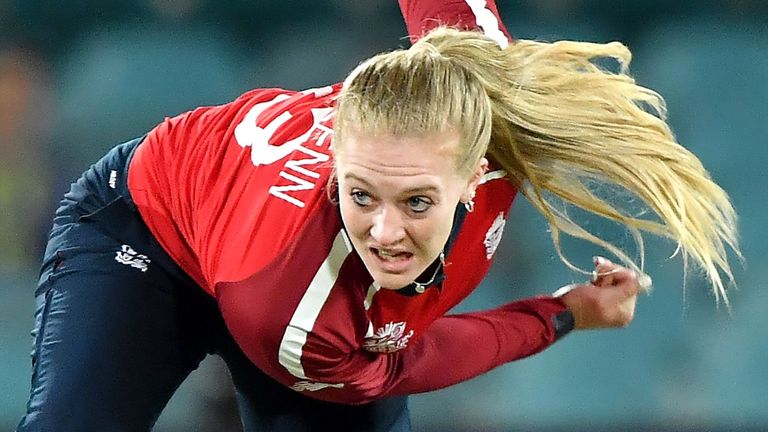 No-one deserved victory more than Vipers captain Georgia Adams, whose 80 off 102 balls took her to a mighty 500 runs in the tournament at an average of 83, while Taylor ended as leading wicket-taker in the competition with 15. 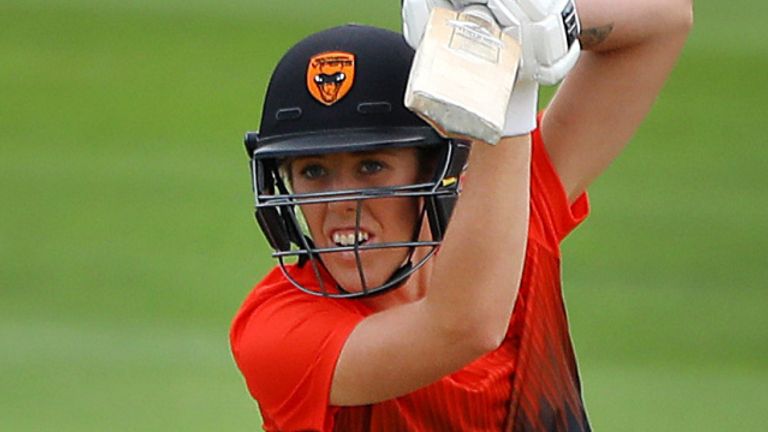 Come the autumn it was Ecclestone’s turn to lift silverware, her figures of 4-9 against Velocity part of a successful Women’s T20 Challenge campaign for Trailblazers in the UAE.

The tournament – for a few days at least – ran up against the Women’s Big Bash League, where Knight made an instant impression for Sydney Thunder by smashing 83 from 39 balls against Adelaide Strikers.

Knight’s 446 runs in 15 innings would help propel Thunder to the title and a well-deserved spot in the Team of the Tournament, where she was joined by Nat Sciver – rewarded for her 19 wickets and 252 runs for Melbourne Stars. 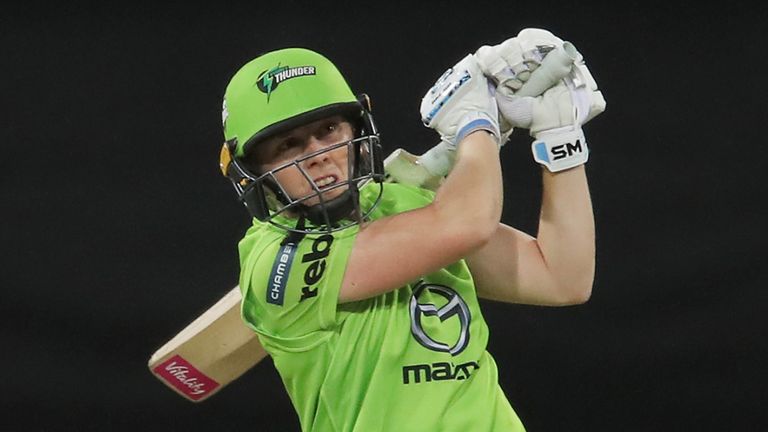 The bigger trophies are still to come, though.

With the 2021 50-over Women’s World Cup postponed by 12 months, the 2022 calendar is inspiring and daunting in equal measure.

The 50-over competition will sit in the same year as the Commonwealth Games in Birmingham and the Women’s Ashes in Australia, with the next T20 World Cup following shortly after in early 2023.

While COVID-19 has tried its best to scupper women’s cricket in 2020, the game will unquestionably come back stronger, with England’s immediate focus on tours of Australia and New Zealand early in 2021 before the visits of South Africa and New Zealand later in the summer.