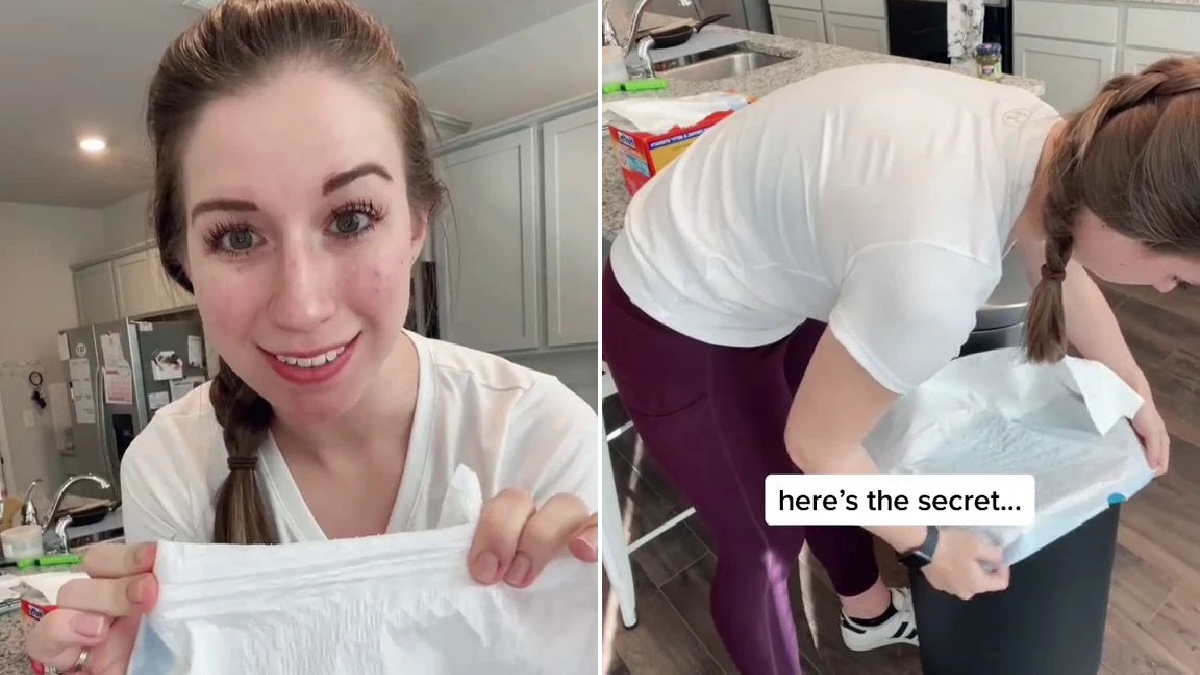 We’ve all been there – wrestling with a fresh bin bag trying, to get it to sit neatly after taking the rubbish out.

But one woman has revealed a hack to make it much faster and easier.

She says the key is to put the bag on ‘like a hat’ and then push it all inside the bin.

In a TikTok video posted by Stored Simply, she showed how she opens the bag, places it over the bin with the bag part on the outside, then pulls it taut and pushes the rest of the bag down inside.

She said: ‘Apparently you put it on like a hat, I had no idea.’

The woman said that the bags she buys come with the seam on the outside when you pull them out of the pocket, making her think they were inside out and this method changes that.

Did you know this!? #lifehack #organizationhacks

Although originally posted earlier this year, it had 11.7 million views and is still being shared.

Others were surprised they’ve never see this way of doing it before and said they would definitely be trying it out.

‘Why, why is TikTok teaching me more life skills than I learned in school?’ one person joked.

The woman also started a debate in later videos asking followers if they preferred the ‘fluff and stuff’ method where you shake the bag out and then push it in, or her ‘hat and push’ method.

Some said they still preferred the ‘fluff and stuff’ as they found the shaking out of the bag more satisfying.

‘I prefer the agressive behaviour of the other way. It makes me feel better.’ one person wrote.

Someone else joked: ‘But then how will my wife let me know when she’s mad.’