Sikh divorcee, 41, who is looking for love is going on a different park run every week in the hope of finding her ‘dream husband’ after feeling judged by men in her community because she’s been married before

A woman who went through a difficult divorce is putting herself out there by going on a different running route every week to try and bag herself a ‘dream husband’.

Freelance journalist Minreet Kaur, 41, from west London, who is training to be a swimming teacher, has committed herself to a different park for her weekly runs.

Minreet, who is Sikh, said she felt judged by members of her community when she went through a divorce 13 years ago because leaving a marriage ‘isn’t something people do’. 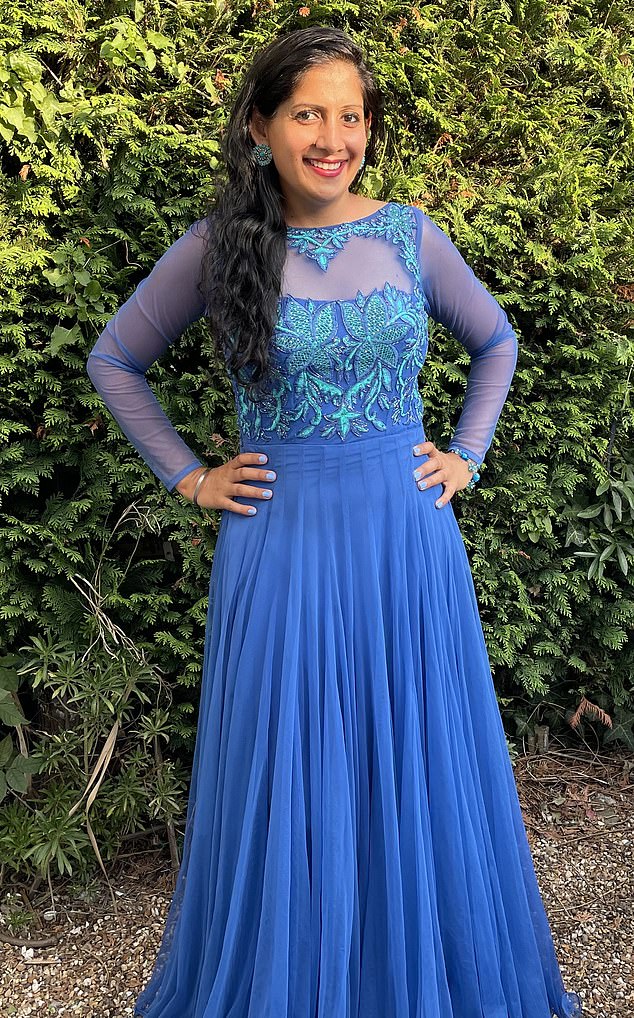 Minreet Kaur, 41, a freelance journalist from west London, has decided to use her weekly Parkrun event to help her in the quest to find a dream husband 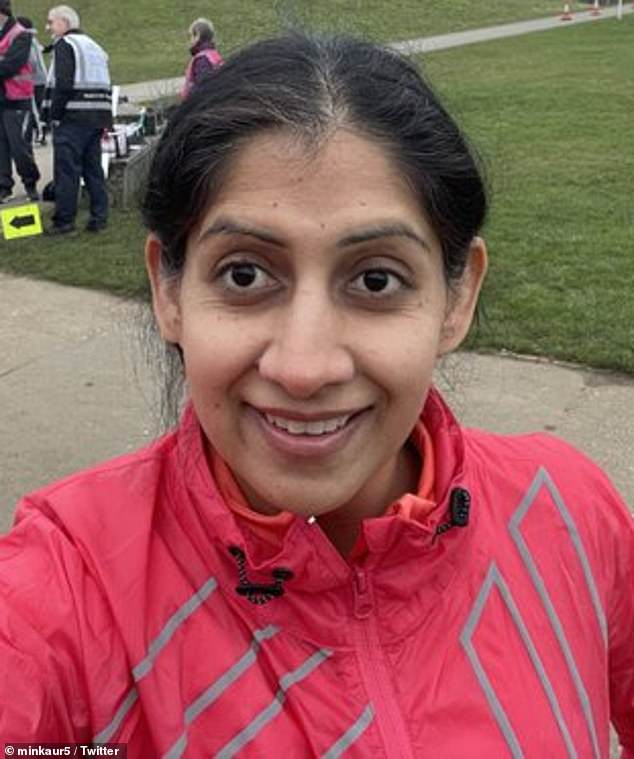 Parkruns are weekly five kilometre events which take place every Saturday morning, which gives her 52 opportunities to see and meet new potential bachelors

‘For a long time I felt quite ashamed, thinking that you only get married once, because that’s what we’ve always been told and that’s the way it was then,’ she told MyLondon.

‘It was a massive taboo – I was the first that spoke about it in the Sikh community, about how bad it has been for women, it’s much harder for us.

‘It’s not really about finding someone in the community. It’s great if you do, but it’s about being a good person, it shouldn’t be about religion.’

Now she wants to find her ‘dream husband’ and wants to do it face-to-face instead of relying on dating apps.

Appearing on the Free Weekly Timed podcast, Minreet explained that she is using Parkrun, a company which organises five kilometre events for walkers and runners, as her ‘dating app’.

The runs take place at 2,000 places across the country, so Minreet has plenty of locations to choose from when it comes to finding her dream man. 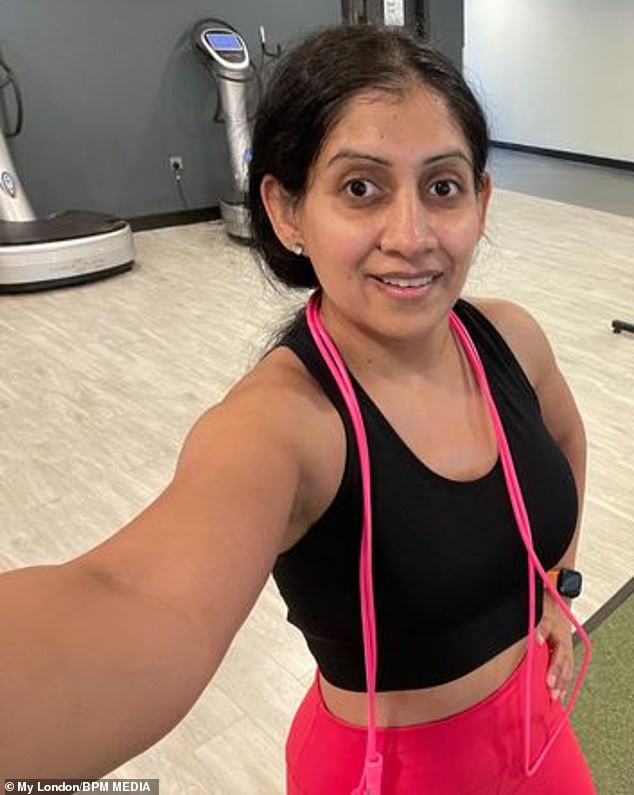 This gives her 52 opportunities for 2022 to see and meet new potential bachelors.

She said: ‘I’m going to work my way through a different Parkrun every week, speak to people when I’m there, may even get involved in some volunteering but I’m going to make that my focus because I would like to meet somebody who likes to do some sort of community sports activity.

‘It’s quite hard to meet new people, we’re in that time where it’s not easy to meet people that are genuine.

‘I think we need a speed-dating Parkrun dating app because there is so many people that come from all walks of life and I just think it really is a nice place to go especially after the pandemic.’ 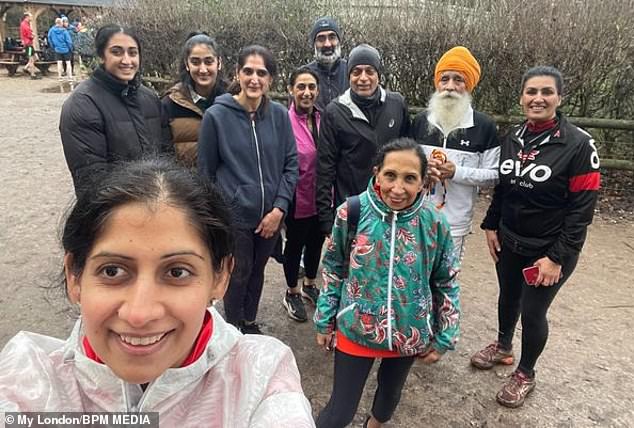 Minreet, pictured with her family, says it was a massive taboo when she divorced her ex-husband: ‘ I was the first that spoke about it in the Sikh community, about how bad it has been for women, it’s much harder for us’

The award-winning freelance journalist says she is looking for a man who is ‘fun, bubbly, genuine, caring and very career-driven’, as well as a gentleman who ‘keeps you on your toes’.

It was during the pandemic when Minreet was faced with a shock to the system in terms of her single status, as she turned 40, and recognised that she wants to be married and have children some day.

Parkrun is her way of meeting someone organically, as she hasn’t had much luck on dating apps.

She says she doesn’t feel completely comfortable with finding a match online as you never really know if someone is who they say they are. 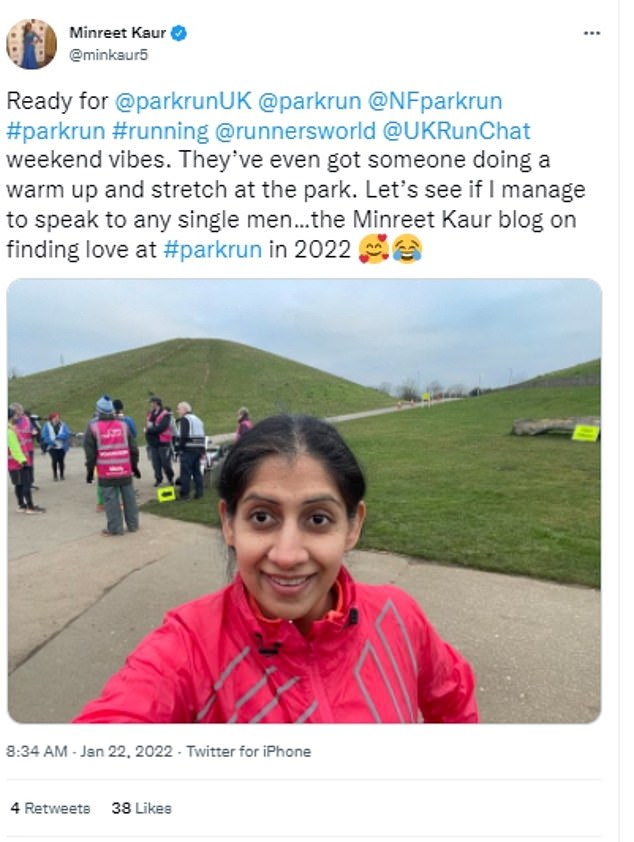 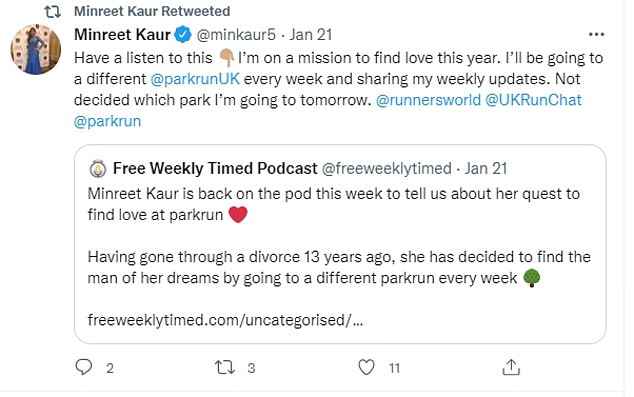 Minreet has shared her journey with the hunt for love so far on her Twitter account, where people have been checking in to see how the weekly Parkrun has fared for her dating life