Wimbledon is set for capacity crowds for the finals

The Wimbledon finals will be contested in front of capacity crowds and Wembley will be allowed to host 40,000 fans for its final four Euro 2020 fixtures.

The Government has confirmed plans for up to 20 pilot events across sport and entertainment, with Wimbledon and football’s European Championship the big winners.

The final steps of the coronavirus recovery road map have been delayed by four weeks, until 19 July, due to a rise in cases linked to the Delta variant of Covid-19. 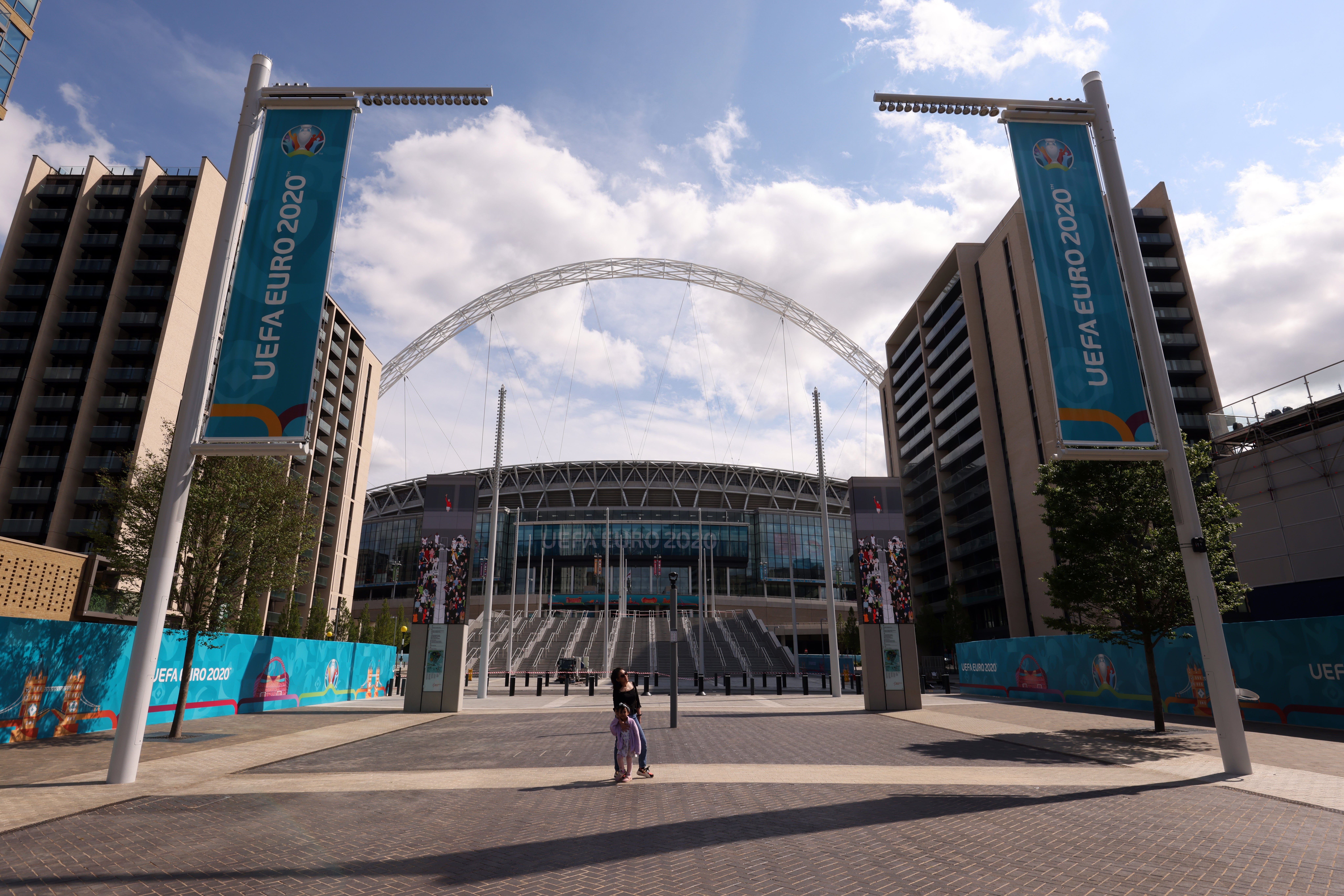 But Wimbledon’s women’s final on July 10 and men’s showpiece the following day will be watched by a full Centre Court in SW19.

The Euro 2020 last-16 match at Wembley on 29 June, and semi-finals and final in July will also be staged in front of a 50 per cent capacity crowd.

Wembley will play host to the largest UK crowd in more than 15 months, with roughly 40,000 fans in attendance for each of the selected matches.

The expansion of trials of the NHS app and lateral-flow testing will mean that bigger crowds will be able to attend a limited number of major sporting and cultural events early this summer as part of our events research programme.

Prime Minister Boris Johnson had revealed on Monday that the planned full reopening date of 21 June has been pushed back four weeks until 19 July.

“We want to gather further evidence on how we can open up all big events safely, and for good,” Culture Secretary Oliver Dowden said.

“The expansion of trials of the NHS app and lateral-flow testing will mean that bigger crowds will be able to attend a limited number of major sporting and cultural events early this summer as part of our events research programme.

“In the next few weeks this means more fans enjoying the Euros and Wimbledon, and some of our biggest cultural and sports events.”

England’s group games at Euro 2020 had already been included on the Government’s extended events research programme and will continue to be played in front of crowds of 22,500 – 25 per cent of capacity at the national stadium.

For those events which are not part of trials, the rules will remain as they have since 17 May, and stay in place until 19 July at the earliest. That will place further pressure on matchday revenue for many sports clubs and governing bodies, an income stream which has been virtually non-existent during the coronavirus pandemic and something the Government has recognised in its winter and summer sport survival packages.

While the step-three restrictions rely purely on social distancing, test events are set to continue to look at other mitigations.

A number of sporting bodies have supported the idea of some form of Covid certification for entry to events, with Premier League executive director Bill Bush describing it in the past as an “acceptable burden” and saying that the alternative would be tiny crowds and a ban on away fans.

Its chief executive Richard Masters hopes the 2021-22 Premier League season will kick off in front of full capacity venues in mid-August.

Wimbledon welcomed Monday evening’s developments and said it would announce further details on Wednesday regarding spectator capacity and Covid protocols for the Championships.

“We are continuing to work closely with the Government to finalise the details of our participation in the event research programme, including the requirements for Covid-status certification for spectators,” a statement read.

“We will be issuing a further update on Wednesday 16 June to confirm these details.”

Silverstone bosses have staged preliminary talks with the Government over an exemption to host next month’s British Grand Prix in front of a capacity 140,000 crowd.

An exemption for the Formula One race is being discussed which would allow substantially greater numbers than the 10,000 spectators currently permitted.

In an email on Monday evening to people with tickets for the race, organisers said they “remain confident that fans will be back at Silverstone for the 2021 Formula One British Grand Prix in July” and that ongoing discussions with the DCMS and Public Health England were “positive”.

Organisers of golf’s Open Championship, which is slated to be held at Royal St George’s from 11-18 July, also expect to be able to finalise fan numbers shortly.

A statement from the R&A said it was aiming to provide a definitive update for all ticket-holders “in the next few days”.

Rugby League’s Challenge Cup final on 17 July could also be among the pilot events, with the Rugby Football League also in talks with the Government.