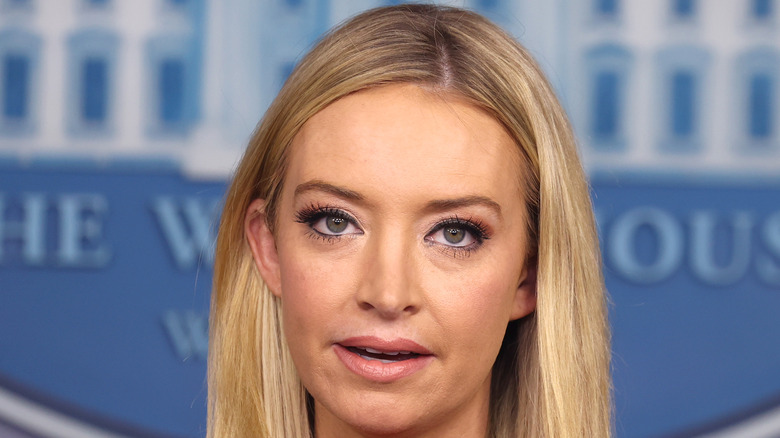 Kayleigh McEnany, the press secretary for former president Donald Trump (whose return to the political is stage is turning heads), claimed that she never lied at a single press conference, according to Business Insider. The statement, which McEnany made at Turning Point USA’s Young Women’s Leadership Summit, drew a significant amount of criticism from news outlets and politicians who pointed to evidence that suggests otherwise.

Back in May 2020 at a press conference, a journalist asked McEnany point blank, “Will you pledge to never lie to us from the podium?” McEnany responded, “I will never lie to you” (per Newsweek). At the Young Women’s Leadership Summit on Sunday, June 13, 2021, McEnany insisted that she followed through with her promise.

“I said without hesitation, ‘No,'” she recalled. “And I never did. As a woman of faith, as a mother of baby Blake, as a person who meticulously prepared at some of the world’s hardest institutions, I never lied. I sourced my information.” The attendees applauded McEnany’s words, even though the former press secretary has been accused of pushing misleading statements and telling outright lies in the past.

Almost half of Kayleigh McEnany's statements as press secretary were false, according to this fact checker 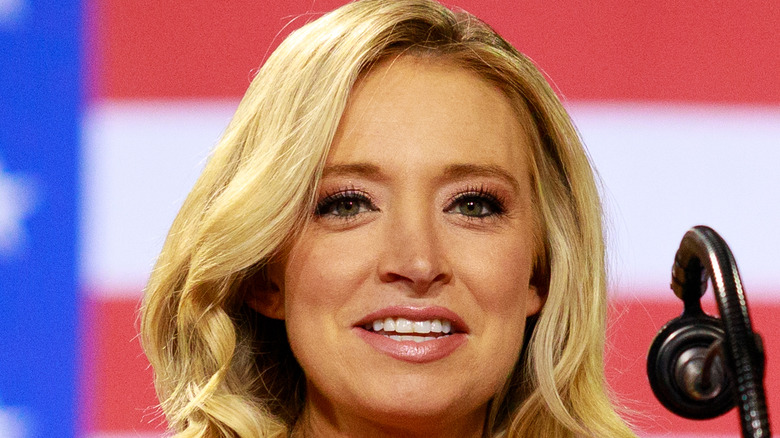 According to PolitiFact, a fact checker run by The Poynter Institute, Kayleigh McEnany made a number of misleading and blatantly false statements while working as the press secretary for the Trump administration. Out of seven fact checks performed on her statements, only 28% were mostly true, while 28% were considered false and 14% were labeled “pants on fire” — that’s a round figure of 42% of her claims falling under indisputable falsehood.

Refinery29 also pointed out other statements McEnany made that were false. For instance, the former press secretary said that the Mueller Report was a “complete and total exoneration of President Trump,” via FactCheck. This deeply contradicts investigator Robert Mueller, who wrote that although the report didn’t resolve with findings that would implicate the president, “it also does not exonerate him.” In addition, Refinery29 noted that McEnany once claimed that Trump never used the racist term “kung flu” when referring to the coronavirus. However, the president was recorded using the term at a Tulsa campaign rally, per The Guardian.