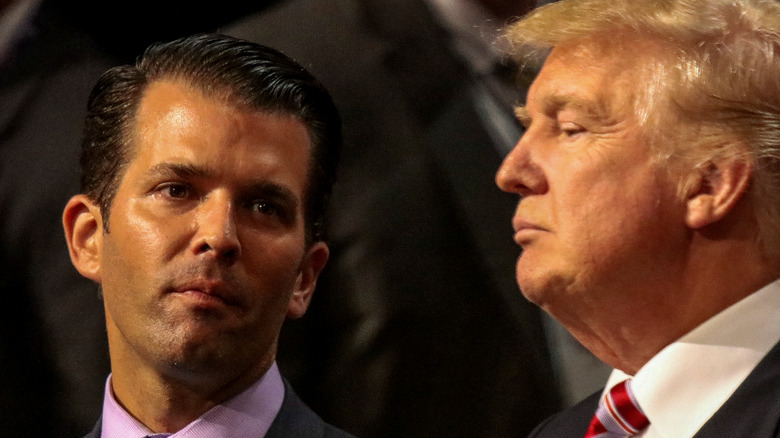 Cards and gifts are great, but for social media users, a holiday isn’t complete without giving a big shout-out on their feeds to honor the day. Father’s Day is no exception. The holiday in 2021 featured heartfelt messages from political notables such as first lady Dr. Jill Biden, Vice President Kamala Harris, former President George W. Bush, and Georgia Sen. Rev. Raphael Warnock. There was also a holiday message on Twitter from Donald Trump Jr. that got lots of attention for what it didn’t say as well as for what it did.

The former first son tweeted, “Happy Father’s Day!!! To all the good dads out there you’re amazing. Keep it up and have an awesome day with your families.” The sentiment was simple and sweet, but followers wondered why Don Jr. didn’t put in a personal word about his own dad — who, um, just happened to be the one-time commander in chief. “I notice you said ‘good dads,’ no message for your own father?” queried one.

Another referenced the fact that the former president has been banned from Twitter: “Wishing a happy Father’s Day only to the good dads in the place your dad can’t read it? Damn that’s cold, Junior.” One sharp zinger noted that the previous administration kept Father’s Day from being happy this year for many families: “Today, I’m thinking about all the kids who lost their father due to a virus that could’ve been stopped in its tracks early on but wasn’t bc of one man’s narcissism & lies.”

Donald Trump Jr. honored his dad in a separate video 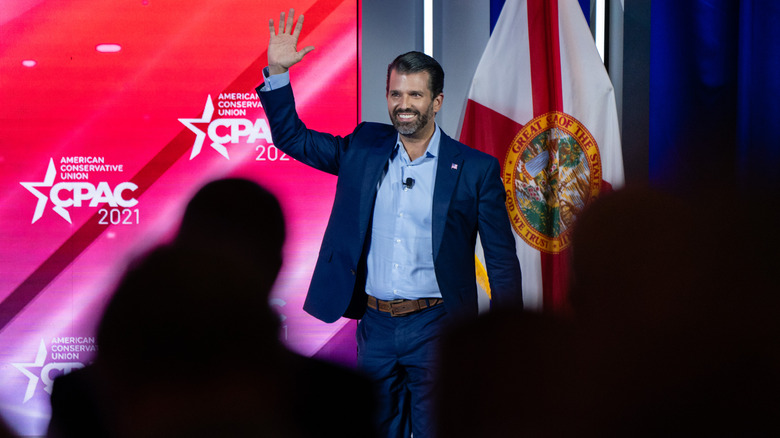 Finally, nearly six hours after his first holiday greeting, Don Jr. tweeted a link to a Father’s Day message he posted to his Rumble video account. Recording from a room in his home decorated with deer-head trophies, the junior Trump said, “I just wanted to wish you guys an incredible Father’s Day. I know my dad’s incredible, I hope your dad’s incredible, and I’m trying to be an incredible dad myself.” The video also showed a handful of photos of the senior and junior Trumps together.

Still, the heart of his video was a politically tinged jab at families who don’t fit the traditional nuclear-family mold: “God knows there’s probably not enough good dads out there these days. … seems to be missing from so many households, and you don’t have to look too far into the statistics how problematic it is to not have a dad … certainly not to have a father figure involved.”

To his credit, Donald Jr. is the only Trump child who has paid tribute to the holiday as of this writing; siblings Ivanka, Eric, and Tiffany have stayed quiet on the subject.