The history of Adidas began in a small German town in the early 1920s with one man: Adolf "Adi" Dassler.

Dassler was the son of Christoph and Pauline Dassler and one of four siblings who was born in 1900. He grew up in the small town of Herzogenaurach where most of its residents earned their living from working with shoemakers, according to the Adi & Käthe Dassler Memorial Foundation.

Although Dassler helped his mother with her small laundry service,  which was housed inside their home, he had his sights set on the work of shoemakers, according to the foundation.

Growing up, the future entrepreneur was engulfed in sports. However, he recognized that athletes lacked specialized shoes, which he saw as putting them at a disadvantage, the foundation reported. He was convinced that an athlete would improve if they had better shoes, he began to devise how to create shoes that were specific to each sport. 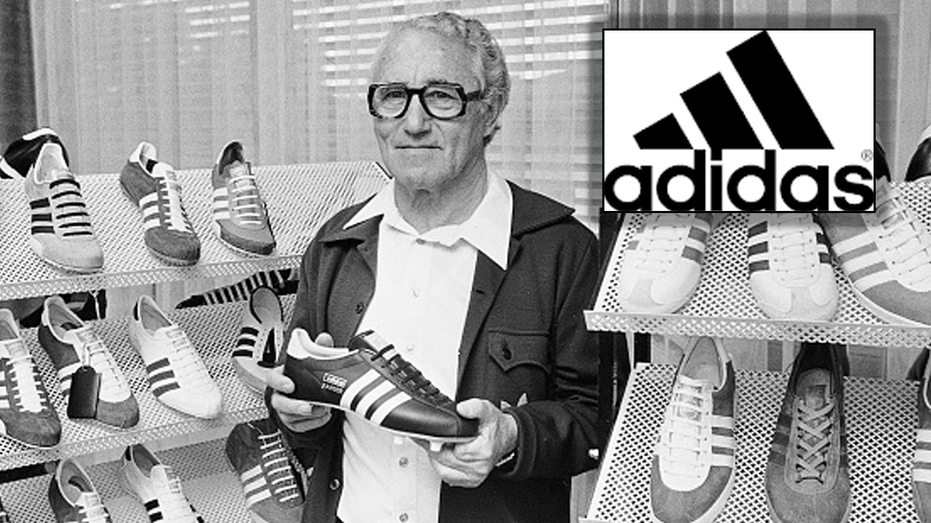 But before he could run with his idea, in 1918 he was drafted to World War I, and he remained in the German Army until the fall of 1919. By 1924, Adi, with the help of his brother Rudolf, registered “Gebrüder Dassler Sportschuhfabrik” (Dassler Brothers Sport Shoe Factory), according to the foundation.

During the first two years of running the business in their family's washroom, roughly a dozen employees produced 50 pairs of shoes each day, according to the foundation. Among the shoes were reportedly the first soccer shoes with leather studs as well as track shoes featuring metal spikes.

Soon they expanded to a location in Herzogenaurach where they installed additional machinery and increased staff that increased their output.

Their production expanded over the years. The 1936 Berline Olympics aided the company's success, the foundation said.

However, their success was then upended during World World II when the war restricted the business and "periodically brought them to a near standstill," according to the organization.

By 1949, Adi started over in Herzogenaurach at 49 years old, according to Adidas. With 47 employees, he registered the “Adi Dassler Adidas Sportschuhfabrik." In that year, the three stripes became the official logo of the company.