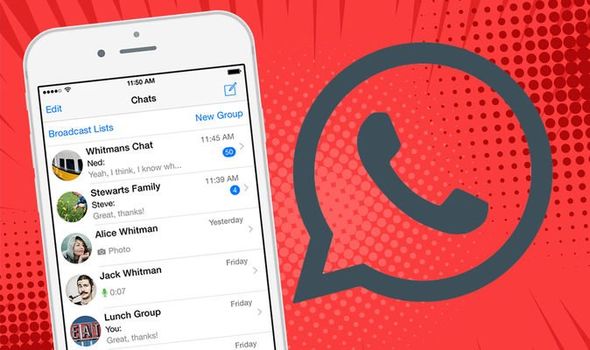 WhatsApp has rolled out a new version of the popular chat app. But those hoping to take advantage of the latest features introduced by the Facebook-owned messenger will need to make sure their iPhone is updated. As for Android users – afraid there’s no new named features in that version of WhatsApp this time around.

The latest version of WhatsApp now takes advantage of the new Share Sheet feature introduced by Apple in iOS 13. When tapping the Share icon inside another app – like the Photos app, for example – you will now see individual contacts and group chats in the AI-powered suggestions in the top row. This feature was available in iOS 13 at launch for only for one-on-conversations and group chats in Apple’s own iMessage. Third-party developers have to update apps to support the feature.

The update, which ships in WhatsApp version 2.20.40, should make it much faster to quickly send an image, document, webpage, song, or any other content from an app on your smartphone with the almost-ubiquitous Share icon to someone you text frequently in WhatsApp. In the notes that accompany the update, WhatsApp states: “On iOS 13, your WhatsApp contacts will now appear as suggestions in the share sheet when you share content from another app.”

Until now, sending content to a specific contact within WhatsApp required iPhone owners to tap the Share icon, then hit the WhatsApp icon in the second row of the Share Sheet interface to load up a view of every ongoing chat taking place inside the app. Being kind, it was a little convoluted. Being unkind, it was downright arduous. 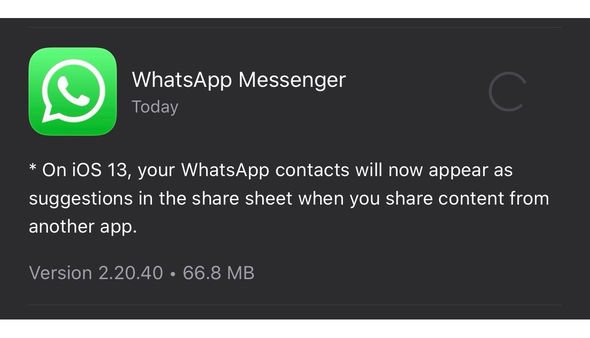 However, it’s good that WhatsApp has taken the time to implement the latest features in iOS into its code.

The latest update, which started to roll out to the Apple App Store earlier this week, comes as a security expert issued a troubling warning about the Facebook-owned chat app.

According to the new warning, hackers can easily set-up WhatsApp on a new device and gain access to all of your previous conversations, photos, videos, and more. This is done by tricking users into handing over the all-important six-digit code used to restore your conversations on a new device.