With a career spanning more than six decades, it goes without saying that Diana Ross is one of music’s most celebrated divas. The “I’m Coming Out” hitmaker first rose to fame as the lead singer of The Supremes in the 1960s and has since embarked on a solo career that has taken her to new heights.

According to AllMusic, Ross released her self-titled debut album in 1970. As noted by Billboard, the powerhouse entertainer has achieved three No. 1 albums on the US Billboard 200 chart and seven have entered the top 10. As for her iconic back catalog of singles, Ross has racked up six chart-topping singles and 12 top 10’s on the US Hot 100.

Ross has remained an admired icon over the years, despite being fairly absent from the music scene. Her last album, “I Love You,” may have come out in 2006, but that hasn’t stopped her from being honored. At the 2012 Grammy Awards and 2017 American Music Awards, Ross was awarded the Lifetime Achievement Award at both ceremonies.

Fans have been waiting 15 years for another album from Ross and it appears they haven’t got much longer until they can enjoy another. Keep reading to find out more.

Diana Ross's new album will be out this autumn 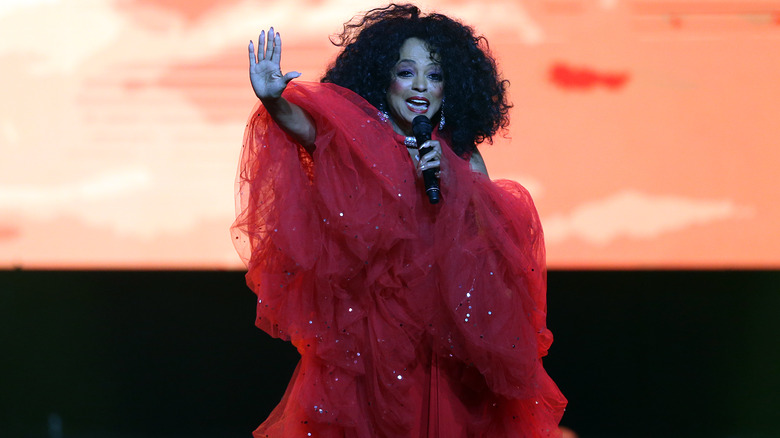 It’s an exciting time for Diana Ross fans, as their favorite diva is releasing her first album in 15 years. Titled “Thank You,” the album is expected to be released this autumn, according to The Guardian.

As noted by the publication, the LP, which was recorded in her home studio, will consist of 13 tracks, all of which Ross co-wrote. The “Upside Down” chart-topper has worked with some of the biggest names in music and has teamed up with a number of huge collaborators for her comeback album, including Jack Antonoff, Jimmy Napes, Tayla Parx, and Spike Stent. The album title track has been released as the lead single.

“This collection of songs is my gift to you with appreciation and love. I am eternally grateful that I had the opportunity to record this glorious music at this time,” Ross said in a press release, adding, “I dedicate this songbook of love to all of you, the listeners. As you hear my voice you hear my heart.”

According to Music News, Ross informed fans in 2019 that her next album will be upbeat. “I don’t want to sing the blues,” she expressed. “I want to sing songs that really speak to you and where I’m at at this time in my life, and optimism, and positive.”