Is Apple abusing a monopoly over how over a billion iPhone owners download their apps? The question seems to be one that serves mainly to lead to more questions.

Last week, Epic Games, the video game developer behind the hugely popular title Fortnite, kicked off what is expected to be a three-week trial, hoping to prove that Apple is using its grip over the iPhone for unfair profit. 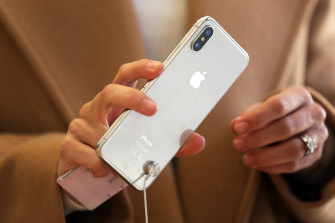 The first week of the trial has at times resembled an undergraduate philosophy seminar as some of the world’s finest corporate lawyers dedicated hours to questions such as what, exactly, an iPhone is.Credit:Bloomberg

The first week of the trial has at times resembled an undergraduate philosophy seminar as some of the world’s finest corporate lawyers dedicated hours to questions such as what, exactly, an iPhone is.

Epic argued the device is like a computer, where software can generally be installed from multiple sources. Apple, meanwhile, compared it to a games console where, like Apple, Sony, Microsoft and Nintendo exercise similar control over how games are purchased.

Participants in the trial also spent much of the week arguing about what constitutes a video game (Fortnite, according to Epic’s founder Tim Sweeney, is a “phenomenon that transcends gaming”). This is all before we have got to the long list of economics professors who are due to give their expert opinion this week.

The exercise in abstraction is partly because there has never been a case like this, but also because billions are at stake. iPhone and iPad users spent an estimated $US72 billion ($92 billion) in the App Store last year, up 30 per cent year-on-year, and Apple takes a substantial portion of that.

If Epic were to win, and Apple was to be forced to allow alternative app stores and payment methods on to the iPhone, one of its biggest businesses would be split apart.

The company has a 100 per cent share of the market for iPhone app stores, which Epic is seeking to define as the relevant market.

Politicians examining the power of big tech have no shortage of possible targets, as shown by multiple cases against Facebook and Google. But the App Store, alongside Google’s counterpart Play Store, seems to be an increasing focus.

Apple’s lawyers, meanwhile, say it created that market, and point out that you can play Fortnite on Xboxes, PlayStations and several other devices, many of which have their own similar download stores. Apple is only a fraction of that bigger definition.

It is unclear how strong Epic’s position is here. In the courtroom, the judge who will decide the case has asked the company probing questions and appeared sceptical about some of its arguments. She has rebuked Epic’s lawyers for submitting evidence that made Apple look bad more than it supported a specific legal argument.

This is all before Apple’s own witnesses, including chief executive Tim Cook, are due to take the stand.

But even if Apple successfully defends itself, the case will not have left the company unscathed. A trove of internal messages and documents have surfaced during the trial that may act as ammunition in future. In one email, an Apple executive suggests the company could lower its app fees if it starts making substantial profits from the store (instead the company has, with some exceptions, kept it at 30 per cent). 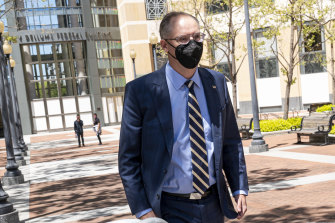 In others, Apple employees discussed “punitive measures” after Netflix decided to stop offering subscriptions through Apple’s payment system (there is no evidence that it followed through). Emails also show bosses berating staff for failing to adequately moderate the store for apps that break its rules.

While these may not establish any illegal behaviour from Apple, they are nevertheless uncomfortable to have in the public domain. The (selectively presented) evidence paints a picture of executives acting ruthlessly in the interests of maximising the amount of spending that goes through Apple’s own payments system.

This may be the point. More is on the line here than Epic’s own particular legal claim. The court of public opinion matters too, especially as regulators eye major tech companies.

Politicians examining the power of big tech have no shortage of possible targets, as shown by multiple cases against Facebook and Google. But the App Store, alongside Google’s counterpart Play Store, seems to be an increasing focus.

Amy Klobuchar, a prominent US Senator who heads the chamber’s antitrust committee, has made app stores a key part of her agenda.

Last month, the European Commission said it planned to take action against Apple, following complaints from Spotify and Epic.

As pressure has increased, Apple has shown a willingness to make concessions. App developers earning less than $US1 million a year now pay Apple 15 per cent, rather than 30. It has relaxed rules for areas such as virtual events during the pandemic, allowing services to bypass its payment system.

There are other steps it might take, such as eliminating fees for apps such as music and TV that compete directly with Apple, or scrapping a rule that bans apps from pointing to cheaper prices on their websites.

None of these would come without costs for Apple. But they would be better outcomes for Apple than Epic’s preferred solution, which would allow a free-for-all of app stores and payment systems. It may also be enough to get regulators off its back.

The top technology stories and reviews delivered weekly. Sign up to The Age‘s newsletter here and The Sydney Morning Herald‘s here.