A Ponzi scheme involves investors being “promised artificially high rates of return with little or no risks” and then getting paid using funds provided by subsequent investors, according to Cornell Law School’s Legal Information Institute.

These kinds of investment fraud “promise high financial returns or dividends not available through traditional investments, according to the Federal Bureau of Investigation. Instead of investing the funds of victims, however, the con artist pays ‘dividends’ to initial investors using the funds of subsequent investors.”

It was named after Boston, Massachusetts, man Charles Ponzi, who launched a scheme in the early 20th century promising investors a 50 percent rate of return for an investment in postal coupons, according to the FBI. As one might have predicted, the scam later flopped. 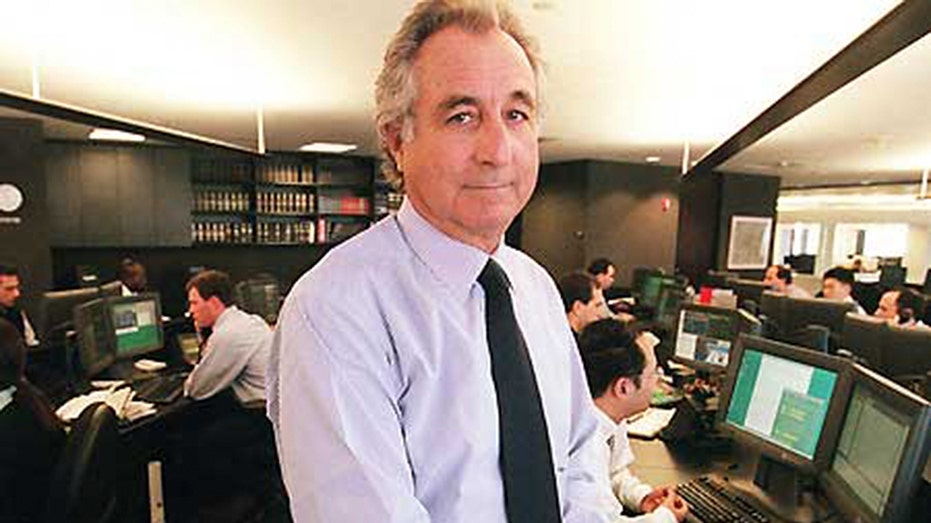 In recent years, Bernie Madoff has become one of the most famous people to commit a Ponzi scheme.

BERNIE MADOFF'S FUTURE: WHERE DOES PONZI KING GO FROM HERE?

Madoff, known as the “Ponzi king,” pleaded guilty in March 2009 to multiple charges in connection to his scheme – the largest in history – in which he scammed nearly 38,000 people out of more than $64 billion. His victims lost $17.5 billion in the decades-long scheme, deceiving them into thinking their money was invested properly was exposed

Madoff was sentenced in June of that year to 150 years in prison.

Just this month, the 82-year-old lost a big for early release from prison after seeking to be let out early because he is suffering from a terminal illness.